HMD Global, the new caretaker of the Nokia brand, has sidelined itself from the incident, that kiiled a teen, as the mobile phone (Nokia 5233) in question was not manufactured by them.(Image: CEN)

Surprisingly, the Nokia 5233 mobile phone is still available on Amazon.in for a price of Rs 2,999.

A teenager died in Kheriakani district of Odisha after an old Nokia 5233 phone exploded while she was on a call with a relative. According to news reports, the teenager named Uma Oram had plugged in the Nokia 5233 phone for charging while she talking. “Uma, who was knocked unconscious and suffered injuries to her hand, leg and chest, was taken to a local hospital, where she died,” according to a report by Metro. 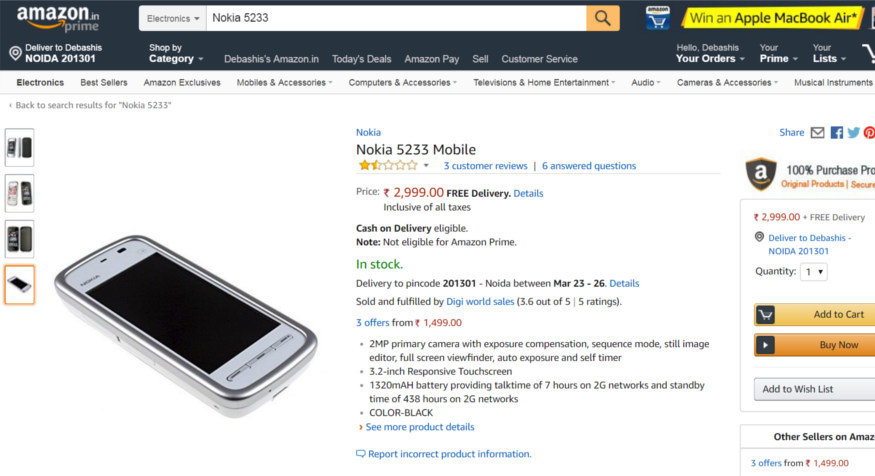 Surprisingly, the Nokia 5233 mobile phone is still sold by Nokia and is currently available on Amazon.in for a price of Rs 2,999. So, if the phone is still being sold under the Nokia brand, who is actually responsible for customer support? The police have reportedly “gathered evidence” and the victim’s body has been sent for post-mortem.