Home » News » Tech » OnePlus Nord CE 5G Review: Finding The True North, Part Deux, And It Has A Lot To Do With The Price Tag
10-MIN READ

OnePlus Nord CE 5G Review: Finding The True North, Part Deux, And It Has A Lot To Do With The Price Tag

If you thought the successor to the soul-searching OnePlus Nord from last year would be a simple upgrade with new clothes and a time-bound expectation of hardware updates, it is anything but. In fact, things are a bit more complicated than that. In fact, the OnePlus Nord CE 5G, as it is called, seems to be walking off in a slightly different direction than what we perceived the first-generation OnePlus Nord was embarking on. That is more on the lines of attempting to be there and thereabouts to flagship-killer Android phones and represent value, at a much lower price point. The OnePlus Nord CE 5G will be available in three RAM and two storage configurations. That is 6GB+128GB, 8GB+128GB and 12GB+ 256GB, priced at Rs 22,999, Rs 24,999 and Rs 27,999 respectively. This pegs the starting price a notch lower than the OnePlus Nord, and indeed the just launched Realme X7 Max 5G.

Then there are three colours to be factored in—Blue Void, Charcoal Ink and Silver Ray. The OnePlus Nord CE 5G build carries forward some familiar bits from before and yet has its own personality it wants to work with. OnePlus says this is their slimmest phone since the OnePlus 6T. This measures 7.9mm in thickness and weighs 170 grams. A lot of that thickness could be attributed to the physical requirements of the 3.5mm headphone jack that still very much remains a reality on the new OnePlus Nord phone. If you are still rocking one of those wired headphones or earphones, you can rest easy. The back panel doesn’t have the glass layer now, and the Gorilla Glass which genuinely added a lot to the look and feel of the OnePlus Nord, is missing this time around. Instead, what you get is a nice matte finish. It does fairly well to diffuse light falling off it and resist fingerprints. Around the edges, I do notice a purple tone at certain angles when cooler white light falls on the back panel. Even though there are changes to the materials in use, there are still the familiar aspects like the ergonomics such as the easy to reach placement of the power key and volume rocker. The OnePlus Nord CE 5G doesn’t get the notification mode slider that the OnePlus 9 series continue to have—that is a bit of a miss. 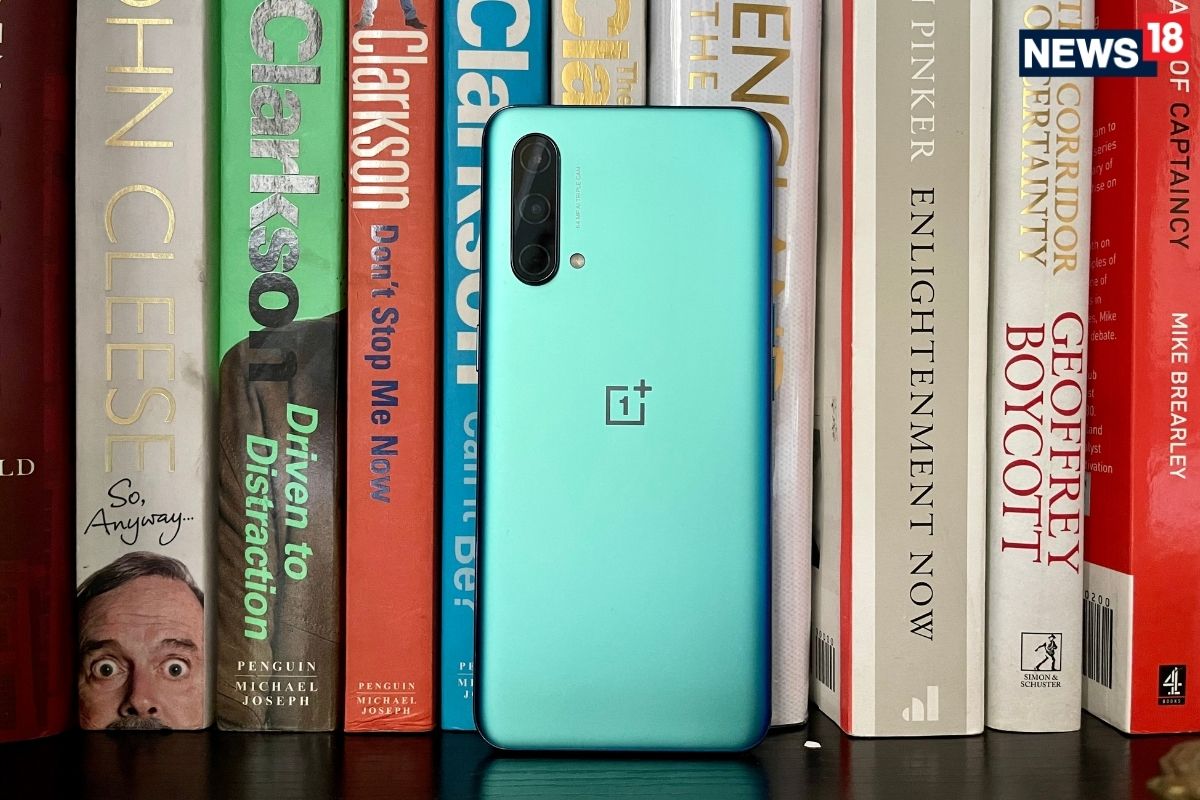 Let us look at the finer differences between the OnePlus Nord CE 5G and the OnePlus Nord before we embark on the matter at hand. The OnePlus Nord CE 5G is powered by the Qualcomm Snapdragon 750G 5G mobile platform while the OnePlus Nord ran the slightly more powerful Qualcomm Snapdragon 765G 5G mobile platform. Why the slight perceived downgrade in outright power? I suspect this may be to balance the pricing requirements and keeping the accountants happy. But in fairness, users may not exactly be best pleased, but then there are facts. The RAM options remain as is though the OnePlus Nord CE 5G does not carry forward the 64GB storage spec anymore and the entry variant will have 128GB storage instead. That is definitely a positive for someone who is looking intently at the base variant, while gently stroking their credit card, betraying a sense of confusion. The 48-megapixel camera leading the quad camera pack in the OnePlus Nord has been replaced by a more capable (at least on the spec sheet) 64-megapixel camera, but it is a triple camera system that the OnePlus Nord CE 5G must make do with. The selfie camera is down from 32-megapixels to 16-megapixels. The 30-watt fast charging has been carried forward though it is now a bigger 4500mAh battery.

Let us talk about performance first and foremost, since we are discussing the finer differences of the chipsets that the OnePlus Nord CE 5G and the OnePlus Nord are powered by. The thing is, OnePlus has always done a pretty good job with software updates to ensure frugality and minimal resource footprint. That means even on this chipset that isn’t exactly a flagship-level, the performance that I saw from the OnePlus Nord CE 5G is still quite consistent. As long as you know the limitations and the virtual ceiling of this chipset, you’ll never really run into a situation where apps struggle to open, switch between or end up force closing. I’d assume you are switching from a phone that sits comfortably in the mid-range Android smartphone space, this will most likely still feel like a performance upgrade from the likes of the Qualcomm Snapdragon 662 and the Qualcomm Snapdragon 732G chips, two examples of what is powering phones between the Rs 10,000 to the Rs 20,000 price point. It would be unfair to compare this with phones more expensive, a mistake a lot of us reviewers often make without realizing it—that is just the blink-and-you-miss sort of nature of this profession. For any user who is currently using an Android phone below the Rs 20,000 price point, an upgrade to the OnePlus Nord CE 5G is exactly what it is—a straightforward performance upgrade.

I had mentioned the software bit earlier. The OnePlus treatment of Android with OxygenOS is one of my preferred customizations in the entire Android smartphone space, alongside the Samsung One UI. The OxygenOS is much less in-your-face than what a lot of other phone makers end up with. The OnePlus Nord CE 5G runs OxygenOS 11 based on Android 11, and even before the phone had gone on sale, my review phone has received an update that has perceptibly made app switching a tad faster and the general snappiness of the interface is dialed up a notch. And this update wasn’t even specifically for performance improvements—the camera and bug fixes were in focus. Chances are that by the time you get your hands on the OnePlus Nord CE 5G, there will be a bunch of fixes and performance improvements waiting for you, which should significantly improve the overall handling of the software and apps, by the hardware it runs. OxygenOS 11 remains visually neat, uncluttered of complexity particularly with features and there is almost no preloaded app bloatware to speak of. There are slight improvements across the board, but I am happy to note that a lot of the core functionality and features remain consistent between the significantly more affordable OnePlus Nord CE 5G and the OnePlus 9 series of flagship Android phones—these examples include the RAM Boost option, Reading Mode choices as well as the new Always On Display. Hardware permitting, the features that your OnePlus Nord CE 5G has will be pretty similar to your friend’s OnePlus 9, at least on the software side of things. 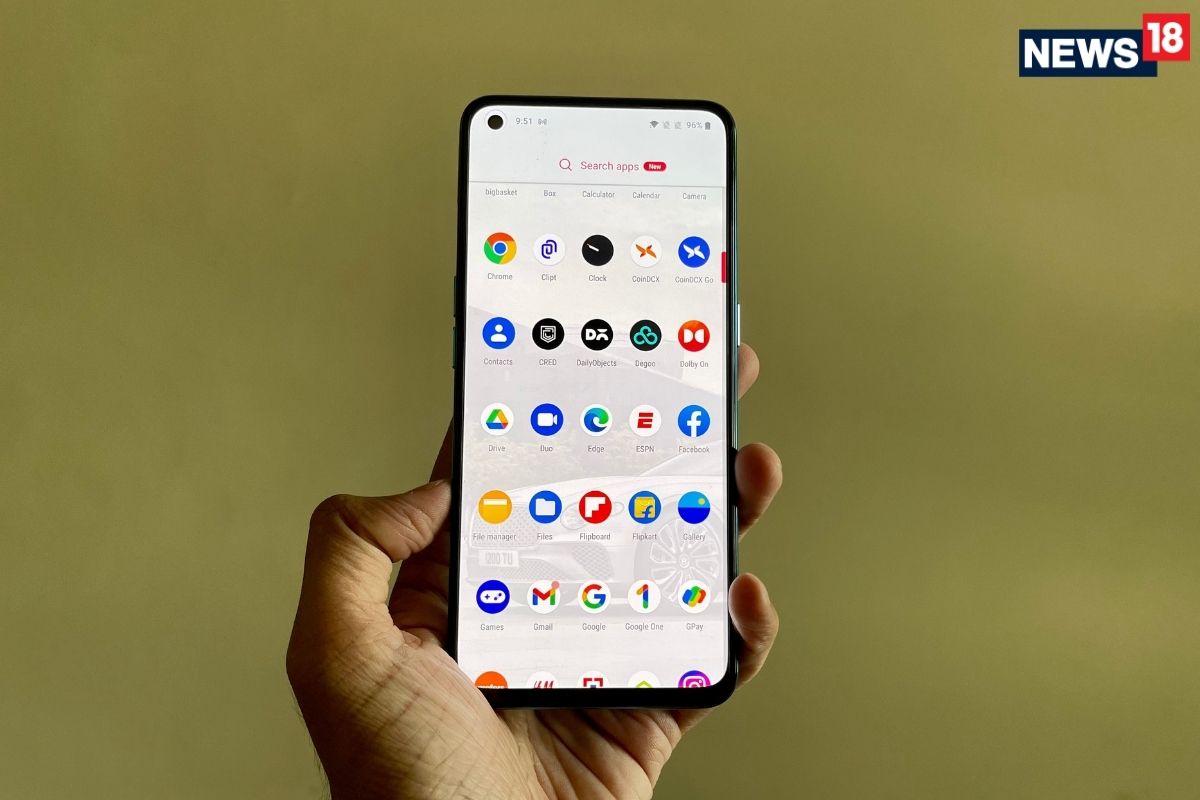 The 6.43-inch display remains thereabouts the 6.44-inch screen real estate that the OnePlus Nord carries. That was a Fluid AMOLED screen, and it has been carried forward. Complete with the 90Hz refresh rate capabilities. There would be, I am sure about it, a chorus for why OnePlus did not implement 120Hz refresh rate on this display. Yes, there can be an argument for that and particularly from gamers, but to be fair, a lot of users still do not have apps that really make full use of the faster refresh rate. It adds to costs though. What a lot of users must instead prefer to focus on is the comparatively more compact footprint that this allows, sitting beside a phone with a 6.7-inch display, for example. This Fluid AMOLED simply delivers on the experience, across a variety of use cases. Be it for reading, editing photos, scrolling through photos on Instagram, watching something on Netflix or Amazon Prime Video or even playing a game, this screen is a delight to view things on.

Yet there is a distinct step back in terms of the overall image quality at this time, when the lights go low, or you want to do some night-time photos. That is where the OnePlus Nord CE 5G definitely does need some work, at least whatever the software can do to bring things back on track. Right now, low light photos don’t seem to be able to replace a lot of detailing and there seems to be some confusion as to whether the focus needs to be on brightening the frame or actually spending more energies on detailing and colour accuracy. You’ll still get fairly usable photos, particularly for social media use, but try to zoom in and the shortcomings do show soon enough. There is hope though, because OnePlus had managed to iron out the Nord’s camera quite well with software updates, and I’ll be expecting the same sort of treatment here too. 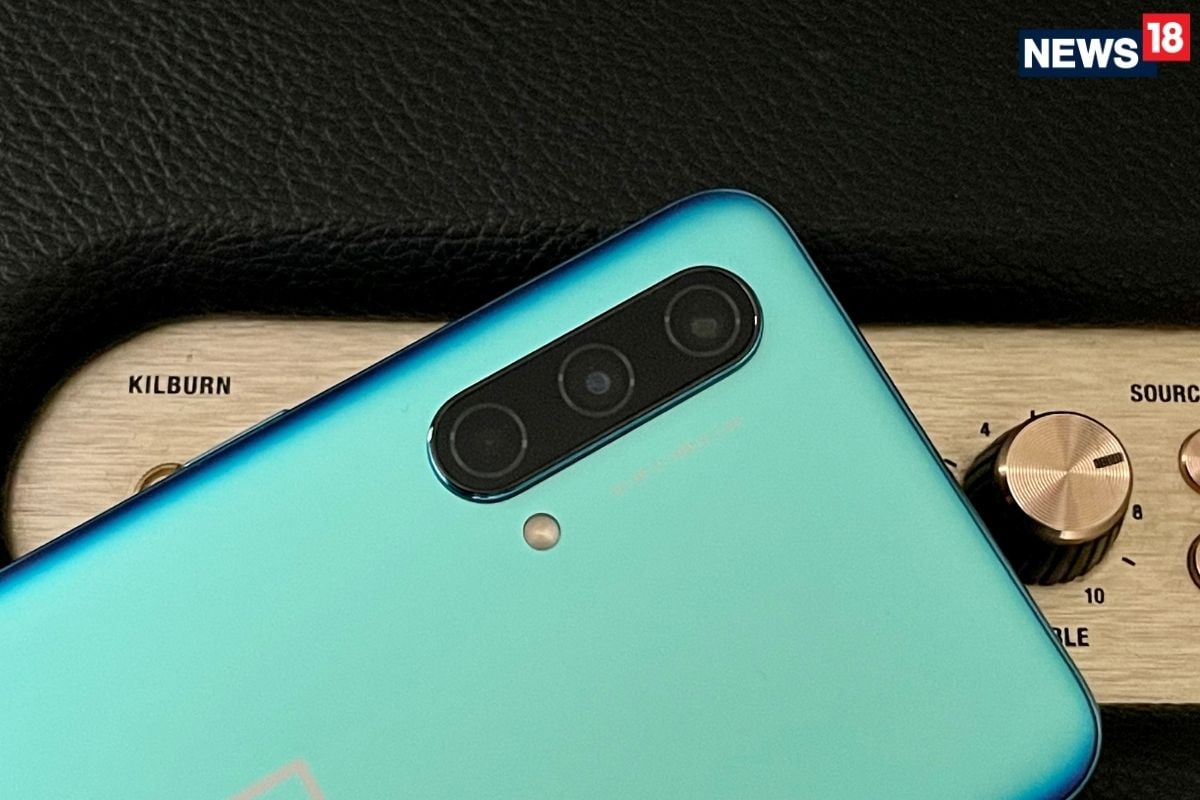 The Last Word: A New Direction And A New Journey

The OnePlus Nord CE 5G follows up from the OnePlus Nord, which I had called a truly remarkable phone. Multiple reasons for that. The price and the performance as well as experience blend was just about spot on. It felt good, it looked good and performed what was genuinely an alternate Android flagship experience. Or at least very close. The OnePlus Nord CE 5G is making things a bit difficult for itself, to be honest. It is not really a step up in terms of a generational specifications boost, except it is more incremental. The lack of the Gorilla Glass layer at the back does take a bit away from the overall feel as you hold the phone. Cameras, at least at this time, aren’t exactly as slick as I’d expected them to be across lighting scenarios. Yet, what the OnePlus Nord CE 5G does well is return consistent performance. It isn’t a compromise on that front, at all. The software side of things are also pleasantly clean and uncluttered, something that isn’t always true for rival phones that tend to overdo the preloaded apps a bit. Second year running, the Nord series gives OnePlus a solid phone to offer potential buyers, below the Rs 30,000 price point. I say one, because I’m not exactly sure if the 2020 edition of the OnePlus Nord will continue to remain on sale. I hope it does, though.