OnePlus India has launched its latest series of TVs in India. After launching the premium Q series TVs in India, the new OnePlus televisions are targeted at the affordable segment of the TV market in India. The new TVs include the OnePlus U1, which features 55-inch display size, with 4K resolution. The OnePlus 55U1 4K TV is priced at Rs 49,999. On the more affordable end, OnePlus has launched its new Y Series of televisions in two sizes – 32-inch and 43-inch. In this series, the OnePlus 32Y1 features a 32-inch HD panel, and is priced at Rs 12,999. The OnePlus 43Y1, meanwhile, features a 43-inch full HD display, and is priced at Rs 22,999.

Beginning with the new U1 series of OnePlus TVs, the OnePlus 55U1 TV features the OnePlus Cinematic Display. The display panel features 93 percent DCI-P3 colour gamut coverage, HDR10 support, and Dolby Vision and Hybrid Log Gamma support. OnePlus has also added a Gamma Engine to the TV, which OnePlus has said will enable nine different picture modes on the TV. In terms of the design, the OnePlus 55U1 comes with 95 percent screen to body ratio, and at its thinnest, the body of the TV measures 6.9mm.

OnePlus has also lent the TV a new speaker system, which has four speakers placed at 90-degree angles to the frame of the TV, with 30W audio output. The speakers also come with Dolby Atmos support. The TV will run on OnPlus’ custom Oxygen Play UI, which is based on Google’s Android TV – the same firmware that runs on the OnePlus Q series TVs. 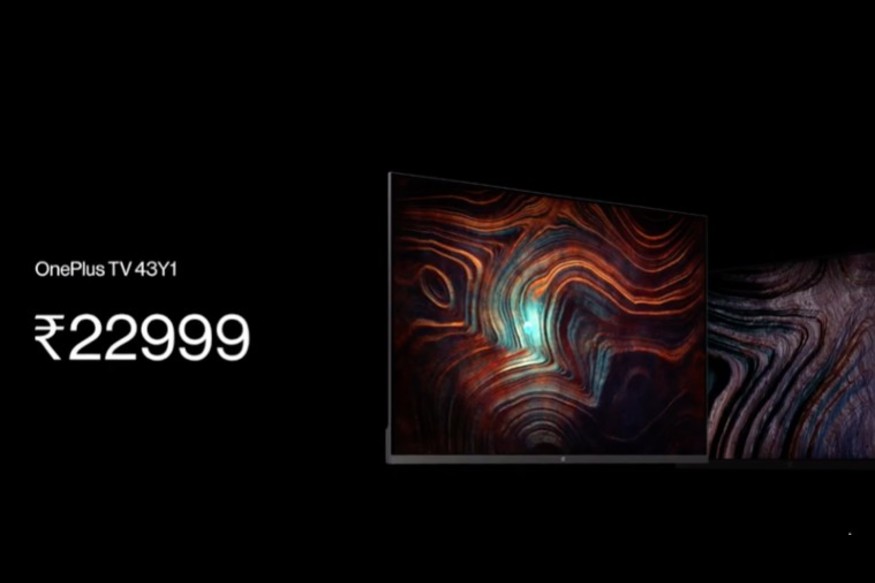 As for the OnePlus Y Series TVs, the 32Y1 features a 1366 x 768-pixel resolution HD panel. It features the same Android TV interface with Oxygen Play UI, to offer a connected TV interface on a budget TV. In terms of audio, it features two 10W speakers, which is the same as what the OnePlus 43Y1 43-inch TV comes with. However, the latter features a full HD display panel with the OnePlus Cinematic Display technology.

All the new OnePlus televisions will go on sale from July 5 on Amazon India. All the three TVs will also go on sale in offline markets, including in OnePlus Experience Centres, soon.