The OnePlus Watch Cobalt Limited Edition and indeed the OnePlus Watch have a very capable rival in the Xiaomi Mi Watch Revolve Active, which also costs a bit lesser too.

When we had reviewed the standard edition of the OnePlus Watch earlier this summer, the company’s first foray into the smartwatch space, I remember distinctly saying that there is a lot of promise on display and the series has a lot of potential. Particularly for Android phone users, who really have a wide range of smartwatches to choose from, but none really come close to the slickness of the Apple Watch that they aspire to achieve. The OnePlus Watch Cobalt Limited Edition is actually Rs 5,000 more expensive than the Midnight Black and Moonlight Silver versions of the OnePlus Watch—that’s Rs 19,999 for this edition compared with Rs 14,999 for the other two. Innards. The 1.39-inch AMOLED display and software remain the same. But is it that much more premium? The answer is a definite yes.

A Premium Touch Defines The OnePlus Watch Cobalt Limited Edition: The design of the OnePlus Watch Cobalt Limited Edition remains the same as the standard edition, but it is the difference of materials that you interface with which make a world of difference. there is the cobalt alloy frame instead of the stainless-steel frame. OnePlus says this is the first smartwatch in the world to use the cobalt alloy, which will most certainly give it the bragging rights. It is a very understated Gold colour—I know what you are saying about your fear that Gold may be too shiny or blingy. This isn’t. In fact, there is a hint of rose gold at some angles, something that remains mysteriously hidden in photographs you will see here. Cobalt alloy is claimed to be 2x stronger than the stainless steel it replaces, which should be more reassuring if you aren’t exactly very careful while handling your watch. That being said, it is still very much a fingerprint magnet, and I found myself reassigning my t-shirt or shirt to do sudden wiping cloth duties, because a smudgy watch isn’t exactly a good look. OnePlus says this is the first smartwatch in the world to use the cobalt alloy. (Image: Vishal Mathur / News18)

Forgotten One Part Of The Design? And then there is the sapphire glass that sits above the display, complete with its extra rigidity. Less chances of the glass getting scratched if you happen to scrape your OnePlus Watch Cobalt Limited Edition against the door frame or the table. But it is a bit surprising that OnePlus have left the underside of the watch, the part that touches your wrist, completely untouched. That means like the standard edition, the OnePlus Watch Cobalt Limited Edition also gets a plastic finish here. And that really takes something away from the experience. I’d have expected metal to be interfacing with the skin here, not plastic, for what is a premium watch. The OnePlus Watch Cobalt Limited Edition has a sapphire glass that sits above the display, adding an extra layer of protection (Image: Vishal Mathur / News18)

A Leather Strap Is Very Welcome, But It Is Not Alone: A premium watch with a silicon band or a sport strap would have really looked out of place. That isn’t the risk with the OnePlus Watch Cobalt Limited Edition though. It will arrive on your wrist with a deep emerald colour leather strap and a very fine stitching that adds to the visual appeal. The metal buckle, with the OnePlus branding on it, matches the rose gold colour of the watch. I like the press-to-unlock mechanism, something very reminiscent of a Casio watch I have had for almost 20 years now. But what if this will also be your fitness tracker from time to time, outdoors or in the gym? Or perhaps even the swimming pool? After all, this is IP68 water and dust resistant and has the 5ATM rating. For that, OnePlus have bundled the Fluoroelastometer strap as well as part of the package. Swap out the leather strap, put this on, and start the activity routine. 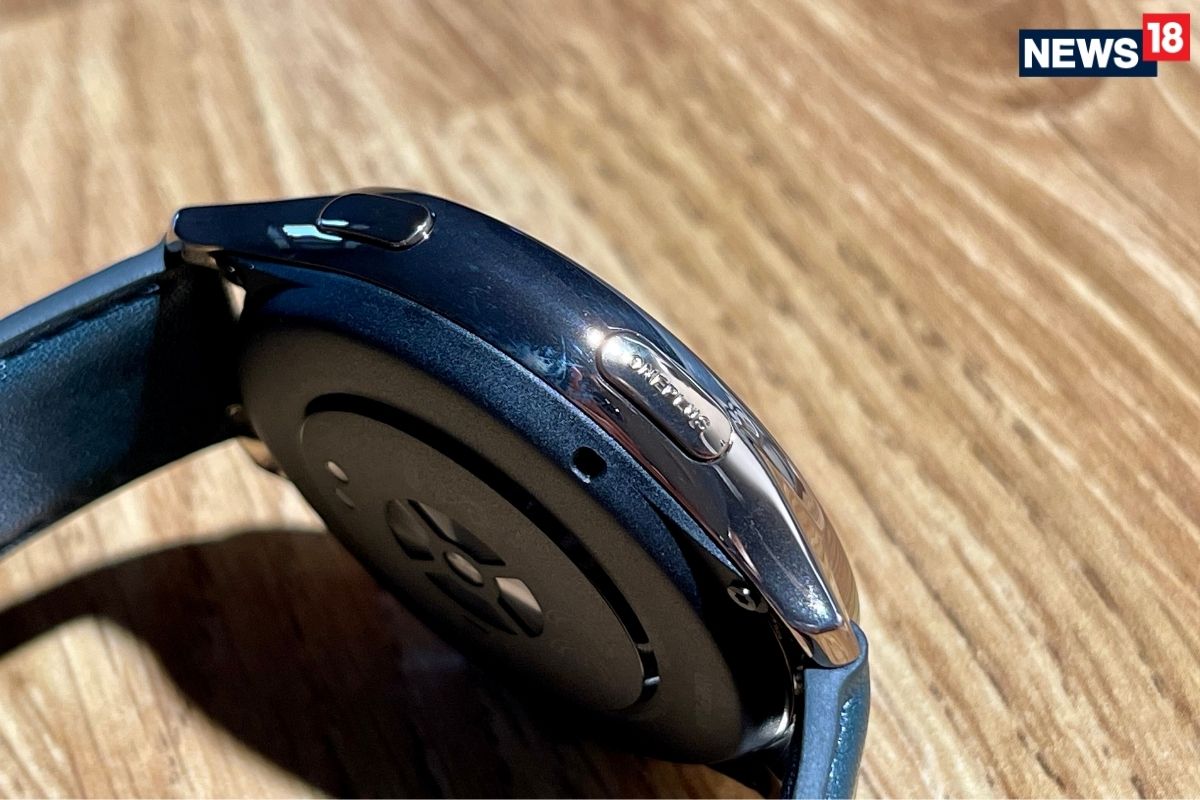 A premium watch with a silicon band or a sport strap would have really looked out of place. That isn’t the risk with the OnePlus Watch Cobalt Limited Edition though. (Image: Vishal Mathur / News18)

Software That Is Always Improving, Particularly For Health Tracking: When the OnePlus Watch rolled out, OnePlus had very categorically said that the software will be updated and the watches given even more features in the subsequent weeks. That has happened, with the addition of the promised more than 110 workout modes, also in tow. There’s a new marathon running function too and an AI Outfit watchface, something we’ve seen in many other watches including the Oppo Watch. Before that, the Always on Display (AoD) and the camera remote control functionality was added. Basically, the software that we had tested with the standard edition of the OnePlus Watch, is now more capable than before, without losing any of its simplicity. It continues to make a fine impression. Enough watch faces for you to play with, a very neatly laid out app drawer and detailed settings without anything getting too complex. There are hints of Wear OS at times, particularly with the swipe gestures to pull in other menus and screens while on the watch face. One of the really cool features, for instance, is that the OnePlus Watch can let you control your OnePlus TV and can even detect when you sleep and turn off the TV for you. With software updates along the way, the OnePlus Watch family now has more than 110 workout modes, Always on Display (AoD) and the camera remote control functionality.

Track Your Wellness Too: If wellness tracking is something you intend to let your smartwatch do for you, the OnePlus Watch Cobalt Limited Edition is in a good place to deliver on that. This can check and monitor for heart rate and any possible ranges and variations, has a blood oxygen monitor which is often an indicator of some illness, stress level detection, sleep tracker and an air pressure sensor. The blood oxygen ratings, at least for my readings, were very similar to a pulse oximeter that takes the readings from the finger—it was within a range of 1% and matched the readings on the Apple Watch Series 6. The heart rate variation readings will notify you if it detects unnatural fluctuations. What really helps you make sense of these readings and numbers is the updated and significantly redone OnePlus Health app for Android phones, which now has a much more intuitive layout than before, and actually feels like a natural companion app for a watch as slick as this.

You’ll Be Checking Up On The Charger After A Week And A Bit: Even with the new software version now running and adding new functionality, battery life remains comparable to my first tryst with the OnePlus Watch. The OnePlus Watch Cobalt Limited Edition claims are also around 14 days for most users when used for a mix of tasks such as daily wear, sleep tracking or routine daytime wear. That’ll come down though if you enable sleep blood oxygen monitoring or the always-on display. I have noticed an approximate daily battery drain of 9%, which though not an absolute figure, still gives you a fair idea of how strong the battery life is going to be. 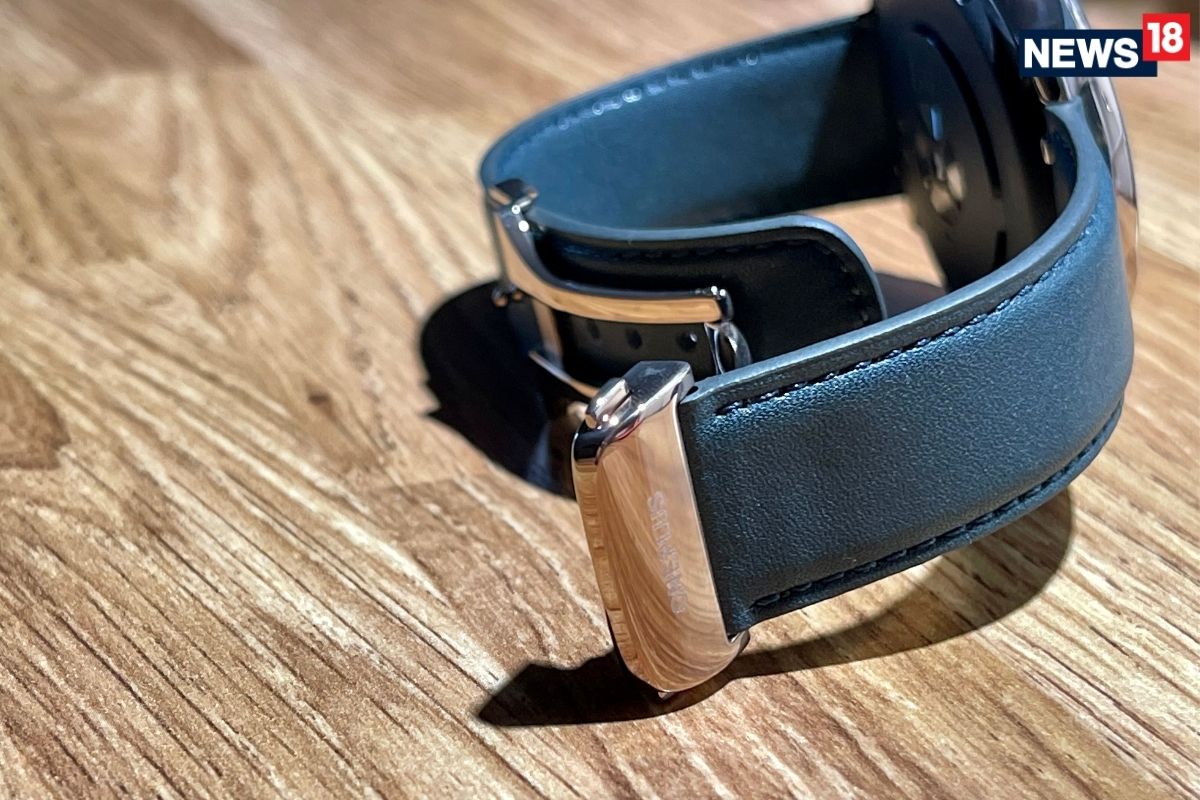 The special edition OnePlus Watch is IP68 water and dust resistant and has the 5ATM rating. (Image: Vishal Mathur / News18)

The Last Word: OnePlus Watch Cobalt Limited Edition Is Consistent And That’s It

You are paying more than its share more for the OnePlus Watch Cobalt Limited Edition, but also getting a first-of-its-kind material in a smartwatch as well as the goodness of leather straps. Actually, the difference may not even be that much between the OnePlus Watch Cobalt Limited Edition and the standard edition OnePlus Watch, because there is a Rs 1,000 straight discount for HDFC Bank card users and a 5% cashback for select American Express card users. That further brings the price down, if you can take advantage. The software that you interface with is simple and yet tries to add in a few unique bits, such as the TV remote on your wrist. It definitely doesn’t have the sort of extensive functionality that Samsung Galaxy Watch series might bring to the party, but then, those cost a significant chunk of more money too. You’d be buying the OnePlus Watch Cobalt Limited Edition or indeed the standard edition OnePlus Watch for the consistency and the premium feel that you get while using it. But competition is tough now, particularly with the likes of the Xiaomi Mi Watch Revolve Active (around Rs 9,999 or Rs 11,999) also trying to do a lot on the wrist.