Oppo Reno Pro 5G's BIS certification listing was reportedly leaked recently. Oppo had said that it will launch the smartphone in India during the Oppo Reno 5 series launch in China. 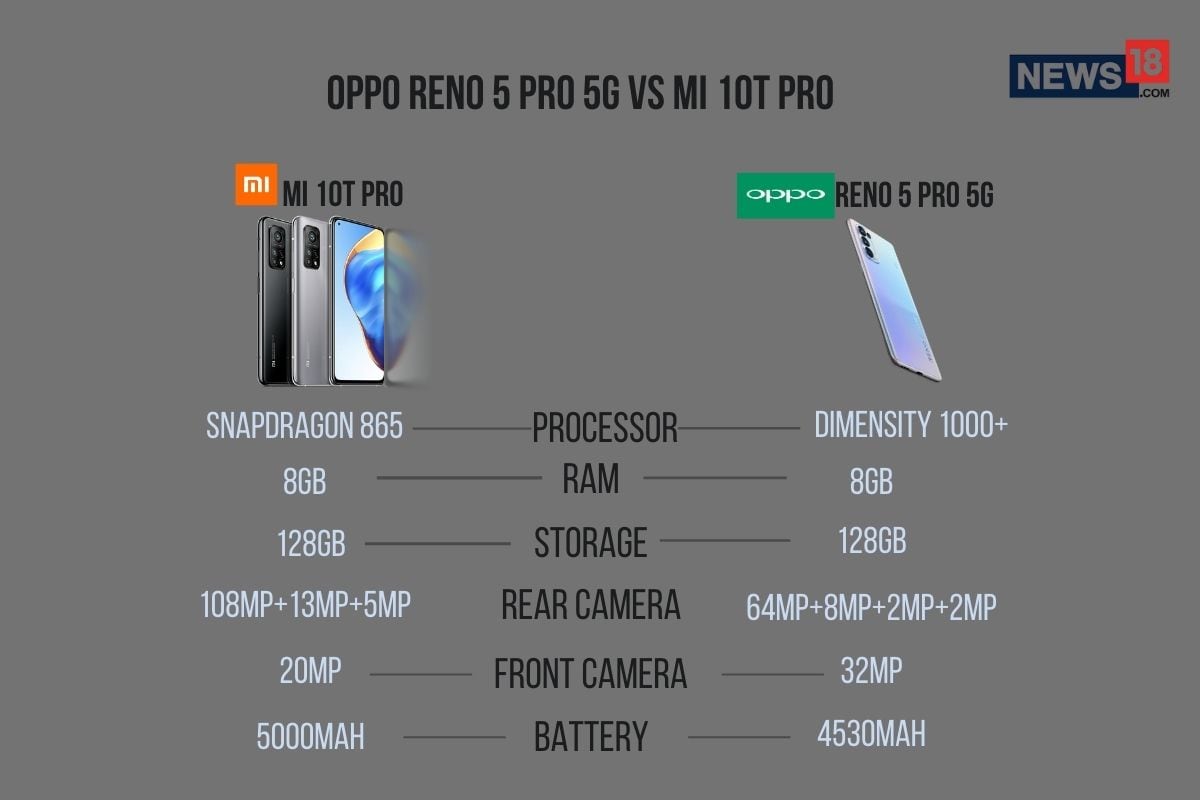 The Oppo Reno 5 Pro 5G runs on Android 11-based ColorOS 11.1. It features a 6.55-inch full-HD+ OLED display with a 90Hz refresh rate and a 92.1 percent screen-to-body ratio. The smartphone is powered by MediaTek's Dimensity 1000+ chipset with ARM G77 MC9 GPU, couple with 8GB RAM and 128GB storage (the Oppo Reno 5 Pro 5G also has a 12GB RAM + 256GB storage variant as well). The smartphone has a 4,350mAh battery with 65W fast charging and it includes sensors like geomagnetic sensor, proximity sensor, accelerometer, gravity sensor, gyroscope, and an in-display fingerprint scanner.

The Mi 10T Pro, on the other hand, runs on Android 10-based MIUI 12 and has a 6.67-inch full-HD+ LCD DotDisplay with up to a 144Hz refresh rate. The smartphone is powered by Qualcomm's Snapdragon 865 SoC with an Adreno 650 GPU and coupled with 8GB of LPDDR5 RAM and 128GB of internal storage. The smartphone has a massive 5,000mAh battery that supports 33W fast charging.