The Realme GT Neo 2 competes with the OnePlus 9R and the Mi 11X in the Indian market. (Image Credit: Realme)

The Realme GT Neo 2 is powered by a Qualcomm Snapdragon 870 chipset paired with up to 12GB of RAM, which is further expandable to 19GB. Read on to find out what these specs put out.

Realme GT Neo 2 is the company’s latest premium offering in India. Launched in China earlier, the smartphone competes with the likes of OnePlus 9R, Vivo X60 Pro, Mi 11X, and more, making the affordable flagship battle even fiercer. Right off the bat, the Realme GT Neo 2 comes with flagship-level specifications - a 120Hz AMOLED display, Qualcomm Snapdragon 870 chipset, up to 12GB of RAM, stainless steel vapor cooling, and a capable triple rear camera (on paper). I have been using the Realme GT Neo 2 as my primary device for the past few days, and to mark the launch of the product, I will tell you my initial impressions of the smartphone to help you decide if the Realme GT Neo 2 is worth your Rs 31,999 or more.

So the smartphone comes with a very appealing packaging and just the box tells you the smartphone means serious business. We get the smartphone, a 65W charging brick with a USB A to type-C cable, and a silicone cover for the Realme GT Neo 2, alongside all the paperwork. The smartphone comes in a rather good looking black box with carbon fiber-like pattern and yellow detailing to tell its a Realme flagship. Holding the Realme GT Neo 2 for the first time feels like you’re holding a well-built, sturdy glass sandwich that is surprisingly lighter than it seems at the first glance. Inside the box, we get the smartphone, a 65W charging brick with a USB A to type-C cable, and a silicone cover for the Realme GT Neo 2, alongside all the paperwork. (Image Credit: News18/ Darab Mansoor Ali)

The Realme GT Neo 2 comes with a 6.62-inch flat hole-punch display that has negligible bezels and a slight chin. While a curved screen looks more premium, a flat display is less prone to accidental touches. I personally prefer a flat screen, so this is good. The back panel of the Realme GT Neo 2 has an interesting finish. We got the black colour for our review, which seems like it has a matte finish when there’s no light, but shines when exposed to light. Nice finish which will please both types of users - those who like matte and those who like a gradient-like finish. I personally liked it since its not glossy and doesn’t catch fingerprints like those glossy finish back panels. The back panel has a nice finish that does not catch fingerprints. (Image Credit: News18/ Darab Mansoor Ali)

The camera module is a chunky rectangle that makes the phone wobble on a flat surface. The camera module has two large lenses placed vertically, and the third, smaller lens placed on the right side of the two large lenses. The Realme branding is subtle (thank god!) with a small “realme" tag on the bottom left corner of the back panel. The USB type-C port is on the bottom, alongside the speaker grille. The power button is placed on the right, and the volume rocker on the left side of the Realme GT Neo 2. Where the display lags behind is the colour accuracy. While this is a super bright and super smooth display, the detail and colour accuracy isn’t the best. Overall, its a great display and right on par with competition, if not ahead.

Now, performance is where Realme is betting biggest on the Realme GT Neo 2. The smartphone is powered by a Qualcomm Snapdragon 870 chipset paired with up to 12GB RAM (we got the 12GB RAM variant for our review), which is further expandable to 19GB via Realme’s RAM expansion technology that allows users to take 7GB of free storage and convert it into expanded RAM. Like the display, the performance of the Realme GT Neo 2 is also super smooth. The smartphone showed no signs of slowing down throughout our test. Do note that I used the Realme GT Neo 2 on full brightness and fixed at 120Hz for the most part of my test and played some heavy games like Battlegrounds Mobile India, Asphalt 9, and more and the smartphone gave no issues. The smartphone is able to run Battlegrounds Mobile India on maxed out settings with no signs of slowing down. The benchmark tests of the Realme GT Neo 2 showed a single-core score of 1,014 and a multi-core score of 3,085. 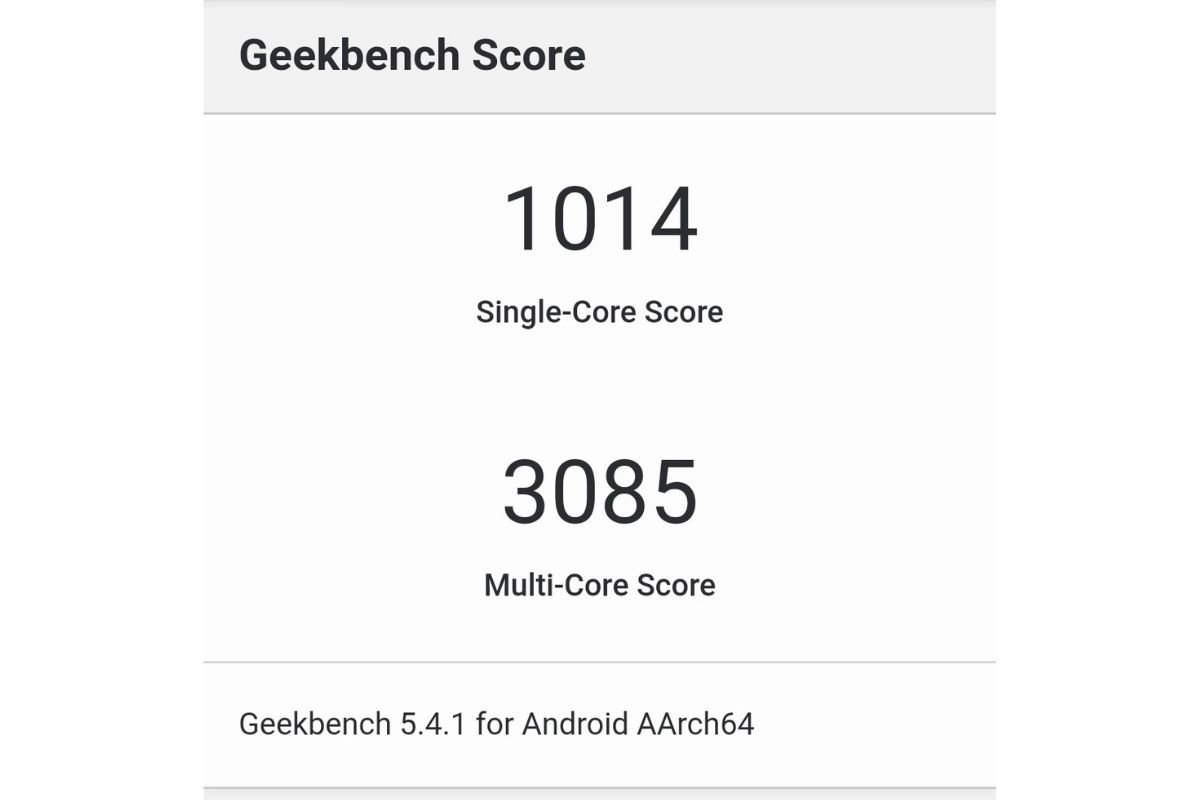 Realme says that the Realme GT Neo 2 comes with an eight layer cooling system that includes a Diamond Thermal Gel and stainless steel vapour cooling technology. During my gaming sessions, the smartphone did show signs of heating up, but there wasn’t anything substantial. Good thermal control.

While I faced no issues with the speed of the device, the user experience is not the best. Realme UI does not make the Android experience any easier or smoother. While it has improved quite a bit from the last time I used Realme UI, it is still not as good as stock Android or some good launchers like OxygenOS. The bloatware still very much exists and the controls aren’t smooth in some areas. 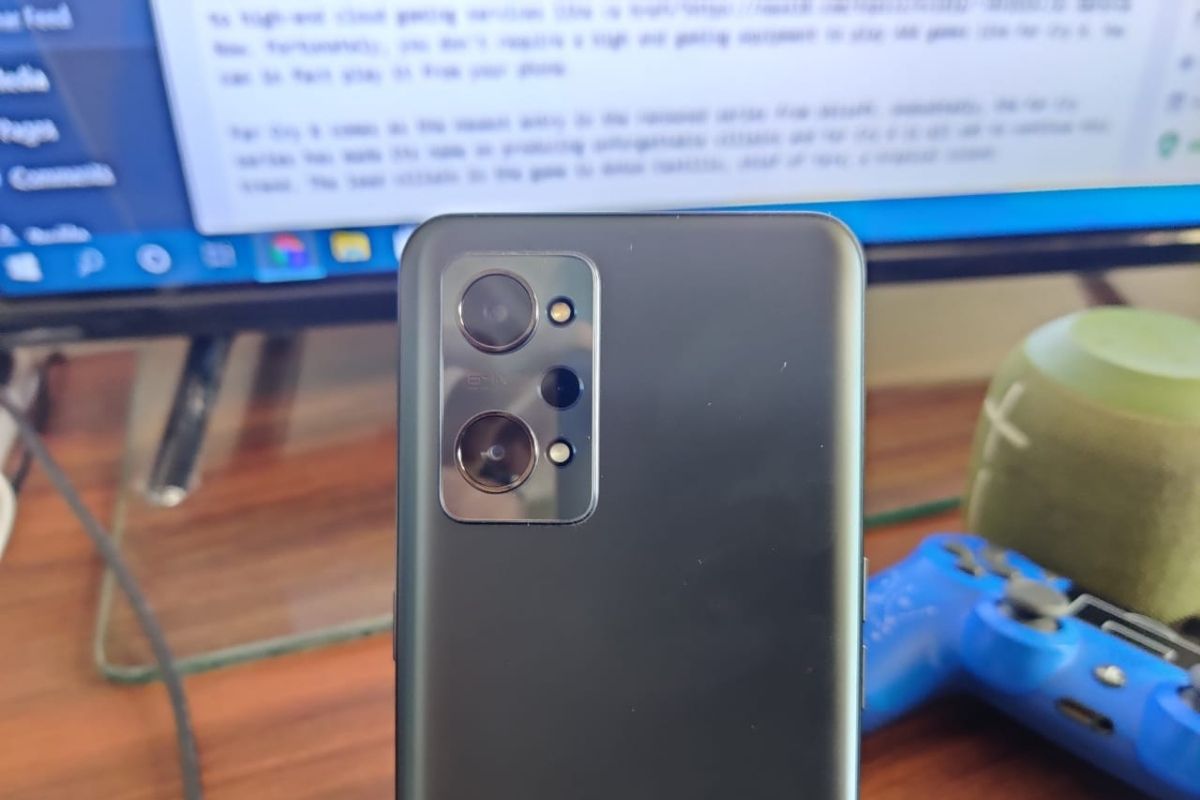 The battery on the Realme GT Neo 2 is also great. During my usage, I charged the phone to 100 percent on Saturday, and used it on full brightness at 120Hz refresh rate throughout, alongside playing demanding games like Battlegrounds Mobile India, and the smartphone still lasted about 48 hours, with about a couple of hours worth of juice still left. Great battery backup.

The charging speed on the Realme GT Neo 2 is also stupidly fast. The smartphone comes with Realme’s 65W fast charging technology. I put the smartphone on charging at 7 percent at about 2:48PM and it was 100 percent before 3:20PM - that’s less than 40 minutes from 7 to 100 percent!!

The camera on the Realme GT Neo 2 is just average. There is a triple rear camera on the smartphone that includes a 64-megapixel primary shooter, a wide-angle lens, and a macro shooter. The camera takes good, crisp pictures in well-lit environments via its primary lens. However, the wide-angle shooter and the macro shooter are disappointing and hinder with the quality. In macro mode, the Realme GT Neo 2 gives good details of the subject, however, there were slight smudges on the edges of the photos we clicked through the macro mode. The portrait mode on the Realme GT Neo 2 is nice and cuts the edges with good precision, still not the best we have seen in this segment. Darab Mansoor Ali has been covering tech for the past four years with some leading media houses in the country. He likes to write about technology, an...Read More