Home » News » Tech » Redmi 10 Prime Review: Not a Heavyweight, But Worth Being Considered
7-MIN READ

Redmi 10 Prime Review: Not a Heavyweight, But Worth Being Considered

The Redmi 10 Prime by Xiaomi isn’t exactly a stellar smartphone, but that doesn’t mean that it is a pushover – and is definitely worth being considered at under Rs 15,000.

Before we begin with our review, a quick specifications overview. The Redmi 10 Prime runs on the MediaTek Helio G88 SoC, a new chipset launched less than two months ago. Incidentally, this is the first mainstream smartphone where we see the Helio G88. The variant that we’re reviewing has 6GB RAM and 128GB storage, which costs Rs 14,999. There is a 4GB RAM and 64GB storage variant as well, which we wouldn’t recommend (more on this later). It has a 6.5-inch full HD+ display with 90Hz adaptive refresh rate, and to the rear, it gets a 50MP quad rear camera setup.

The selfie camera is an 8MP unit, and the smartphone runs on Android 11 with MIUI 12.5 on top. It offers a USB-C port, and connectivity chops include the standard Bluetooth 5.1 and dual-band Wi-Fi. The setup is powered by a 6,000mAh battery with 18W charging, and dimensions wise, the Redmi 10 Prime weighs 192g and measures 9.56mm in thickness. The fingerprint sensor is mounted to the right, and the rear is made of polycarbonate. With that, on to more details.

Performance: Not the best in segment, but not unusable

The MediaTek Helio G88 on the Redmi 10 Prime isn’t exactly a performance beast. On Geekbench 5, it manages an average score of 370 points in single-core and 1,210 points in multi-core performance. For reference, this is significantly lesser than the average benchmark scores registered by the Helio G95 on phones such as the Realme Narzo 30, and the Qualcomm Snapdragon 678 on the likes of the Redmi Note 10. 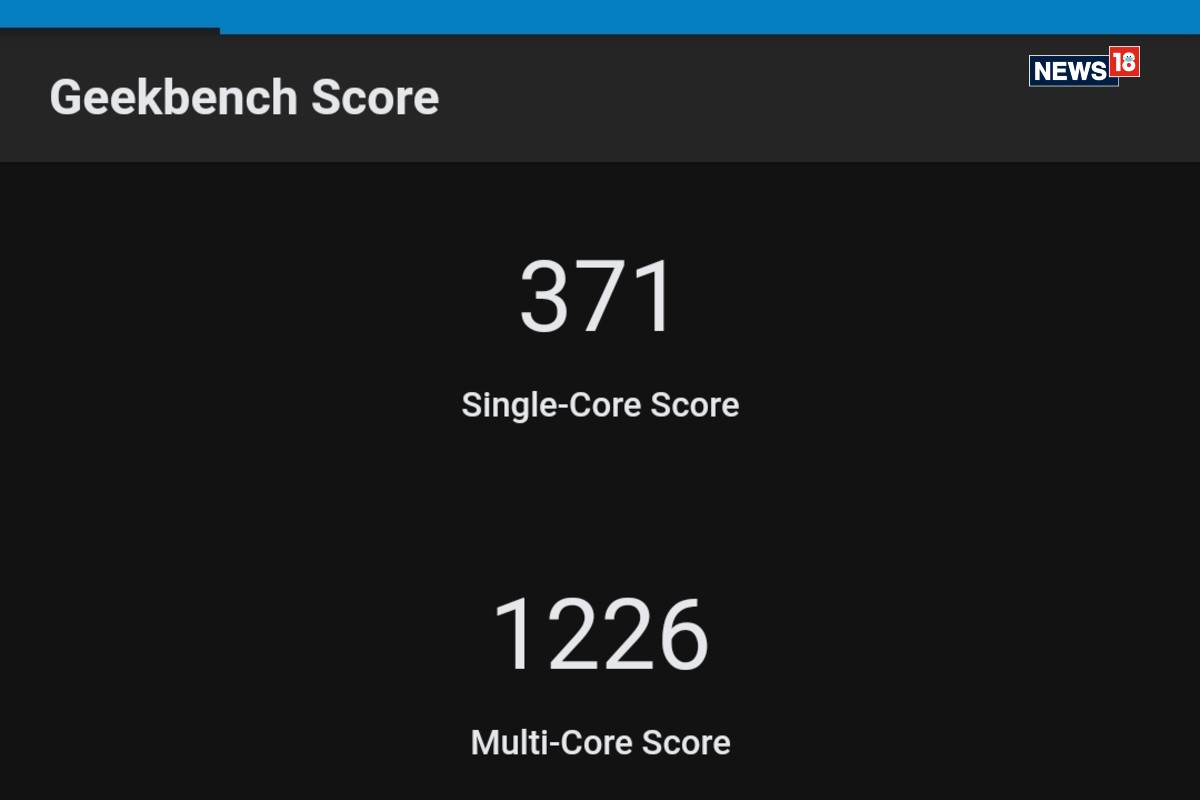 Redmi 10 Prime review: Performance is not the strong point here, and both real-world usage and benchmarks reflect this. (Image: Shouvik Das/News18.com)

This difference reflects on its real-world performance as well. For instance, the Redmi 10 Prime takes a while to reach a state of smooth performance once it boots up. There are very visible stutters after it boots, and in fact, such stutters are fairly visible if you have too many apps open. The performance gets stuttered if you open more than seven or eight tabs on Google Chrome, and having five or six apps actively open will also cause stutters. For this, we’d recommend that you get only the 6GB RAM variant, if you fancy the Redmi 10 Prime. With the top variant, the general performance is smooth enough.

Despite the 90Hz display, gaming performance does not reflect fluid smoothness the way you’d see on devices with better performance abilities. To be fair, games on the Redmi 10 Prime are not entirely unplayable, but do not offer the kind of smoothness that the best mid-range phones have offered. For reference, Realme’s Narzo 30 and Xiaomi’s own Redmi Note 10 are certainly better devices, at around the same ballpark price range.

Display: The greatest strength of the Redmi 10 Prime

The 6.5-inch full HD+ display uses an LCD panel, which is good enough on overall terms. The 90Hz refresh rate will make the phone feel like a cut above if you’re a light user, and makes a significant difference in the budget category of smartphones. The display is pleasant and produces good colours, without any notable case of oversaturation. It also offers decent colour accuracy, although there is slight colour shift at acute angles – which become apparent mostly when you view darker content. While touch response is good, the adaptive brightness of the Redmi 10 Prime isn’t the best in the business. We recommend you to adjust your brightness manually, in this case. The adaptive refresh rate, however, does a splendid job, and on overall terms, the display is one of the best bits about this phone.

The recent range of Redmi smartphones have been lauded for offering premium builds, but with the Redmi 10 Prime, the polycarbonate back feels a bit too plasticky. It catches too many fingerprint smudges, and if you want to show off the fancy paint job on the rear, your only bet is to slap on one of those translucent rubber covers that inevitably look horrible after the first few weeks. It also does not feel premium, which is what bothers us more than putting on a cover.

The display is also a bit too bevelled, which means that the Redmi 10 Prime does not have the smooth, flush in-hand feel of premium phones. The fingerprint sensor embedded on the power button and the volume rocker are placed a touch too high up the right edge, which will bother those with smaller palms. However, the top-mounted 3.5mm audio port is a good addition, and the dual speakers are placed well so that you wouldn’t end up covering them with your palms when watching a video or playing games on the phone. On overall terms, this makes the Redmi 10 Prime a bit of a mixed bag, at best.

The Redmi 10 Prime features a 50MP quad rear camera, with an 8MP ultra-wide unit and a pair of 2MP depth and macro units in tow. On overall terms, it does not underperform. General photography is more than acceptable, with decent enough details for the casual snapper. Colours look balanced enough, and the autofocus works with acceptable accuracy for a budget smartphone. However, shooting moving objects isn’t its forte, even with its AI enhancement algorithms in tow.

The portrait mode is actually quite impressive in terms of the end results that it produces. However, the dynamic range produced by the Redmi 10 Prime main camera is underwhelming, which means that you’re best left to taking photos only in well lit places. In low light or in contrasting scenarios, the Redmi 10 Prime underperforms. The 8MP front camera isn’t great, but does get the job done. There is a visible lack in details, producing soft edges that mean fine skin textures will be compromised. Tonal accuracy with the front camera isn’t the best, but in well lit setups, it is acceptable thanks to good saturation balance.

The camera app, however, is sluggish quite often, which can be a bit of an irritant at times. This may become slightly off-putting if you’re trying to capture a fleeting moment.

Software and battery life: An acquired taste, with good stamina

The Redmi 10 Prime runs on MIUI 12.5, which is one of the most notable custom Android interfaces in the market. Xiaomi has made some of its bloatware removable now, but even then, you can see how different Xiaomi’s vision of Android is, from stock Android. In all of this, you’ll either love it, or not like it at all. If you’ve read this review this far, chances are that you like it already. We wish it allowed more flexibility in terms of removing the preinstalled apps.

In terms of battery life, the Redmi 10 Prime lasts a full day comfortably with heavier than average usage. Thankfully, this means that you wouldn’t need to charge the phone in the middle of the day. However, if you do, it takes much longer than what other budget phones around have made us get used to. For instance, with comparable but slightly lesser battery life, the Realme Narzo 30 takes about half the time to charge to full. Do make sure that you charge it overnight, and you should be good to go for the entire day.

Verdict: A mixed bag, but worth consideration

The Redmi 10 Prime offers middling performance even with 6GB RAM at hand, and has a pleasant display. The rear camera is good enough during the day, and battery stamina is good enough as well. However, it produces underwhelming selfies, takes forever to charge, and feels like a budget pick. This makes it purely a mixed bag, and at Rs 14,999, there are better options at hand that you must consider. There’s no one area where it rises head and shoulders above the competition, and for Rs 1,000, Xiaomi’s own Redmi Note 10 is a better bet. If you do buy this one, it’s most likely for the battery stamina and saving a few extra bucks, for a few clear compromises.