The Galaxy J8 has a fine experience to offer but there are other devices as well which beat the J8 to it.

Smartphones within the Rs 15,000 – Rs 20,000 price range have started to sport a much more premium appeal as can be seen with the recent smartphone launches. Samsung, in this range, has one such contender by the name of Galaxy J8. A complete Samsung package all-in-all, the Galaxy J8 packs a lot of hits in the form of a large battery backup, large display as well as Samsung's own apps and features. However, there are some misses as well. Here are all of them rounded up for you to reflect upon how the Samsung Galaxy J8 fairs at its price point.

As you take the Galaxy J8 out of the box, you know it’s a classic Samsung phone with the familiar design language. Just that this time, Samsung has embedded the largest display found in its entire Galaxy J series on the device. For the same though, Samsung did not compromise on the Bezel area, which is aplenty in the Galaxy J8. That also means that the J8 does not have a notch display.

Notch display or not, there is some practically useless bezel area at the bottom and it seems even the upper bezel could have done without a few millimetres. Two bezel lines run on either side of the display and hence, a curved display is out of the question. 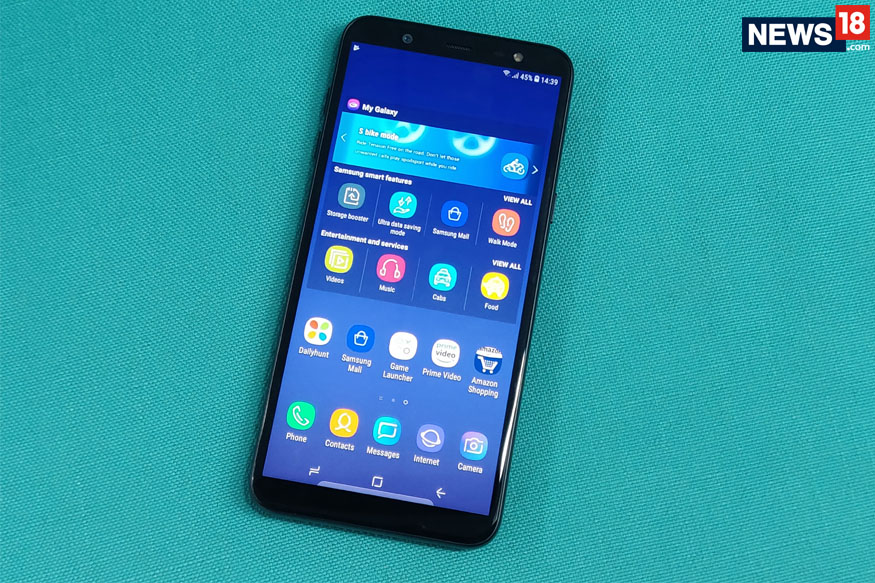 The quality of the display is pretty appreciable though. Samsung uses its ‘Infinity Display’ trademark on the Galaxy J8’s display and the HD+ resolution totally justifies it for any viewing purposes. The colours are ample and vibrant and usage under sunlight is not really an issue, for which there is also an Outdoor mode. Videos and movies are a pleasure to watch on the J8 and that is when you might not also mind the extra bezel area, thanks to the large enough 6-inch display.

As for the familiarities mentioned above, the Galaxy J8 has the same look and feel of a classic Samsung smartphone, including the same curves around the corners and a flat display. The build quality is commendable however and instils confidence upon its robustness. Even operating the smartphones is an easy task, with accessible and distinct physical buttons on either sides. You might have to adjust to reach the fingerprint sensor at the back though.

Samsung has used a Snapdragon 450 processor coupled to a 4GB RAM to back up the performance of Galaxy J8. The combination works well for the device, making it handy for multi-tasking. It is even capable of gaming but only up to an extent. Games with heavy graphics or some of the MMORPGs are not as smooth as you might like. Apart from this, a few hiccups can be experienced here and there which can be ignored.

The performance combination, however, might pinch some if it is compared to other smartphones in its price range, since relatively new entrants like Nokia 6.1 Plus and the Xiaomi Mi A2 offer a better Snapdragon processor. In case you do not judge the Galaxy J8 for that, the device is a very capable performer.

As for what's inside it, the Galaxy J8 features Android 8.0 Oreo out-of-the-box and offers many handy features through Samsung's own Experience UI and its apps, in addition to the perks of Android Oreo. Galaxy J8 comes with a dual camera setup at the back that appoints a 16-megapixel primary and a 5-megapixel secondary sensor. The depth effect offered in the photos by the combination works impressively and what helps even more is the background blur adjustment through Live Focus.

As for the image quality, the J8 produces very good images through its primary cameras with fine detailing and optimum colours. Locking focus takes time though, naturally, even more in low-light. But once you get a steady shot, the Galaxy J8 does not disappoint under tough lighting conditions.

The 16-megapixel selfie shooter is just over average, offering a slight lack of detailing but vibrant selfie-images. The lack in detailing is noticeable only upon zooming though, which reveals missing detections like hair strands. The 3500 mAh battery backing the J8 is more than enough to last you a day of average smartphone use. After making calls, messages, using the Internet as well intermittent gaming, you would still be left with ample battery for almost half of the next day.

Battery drain can further be reduced through the App Power monitor on the J8 that shuts down the apps sleeping in the background. 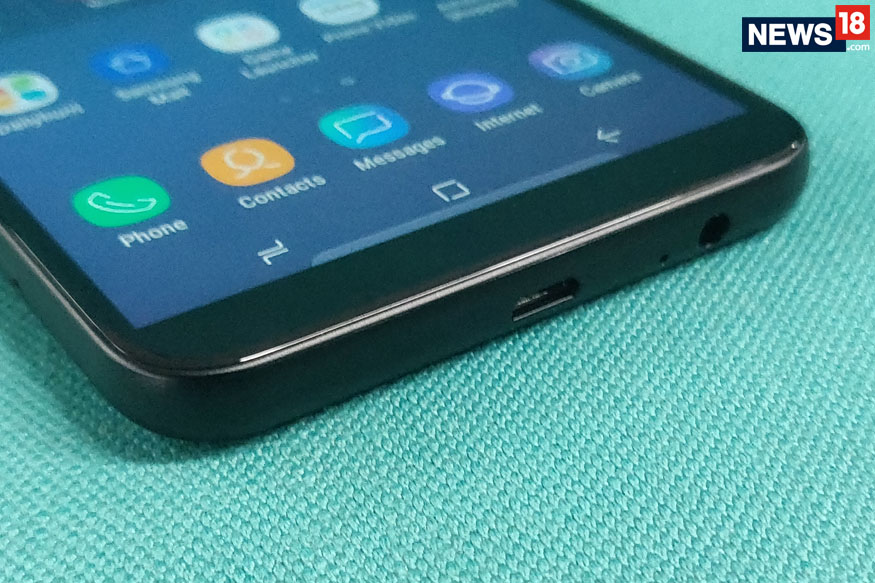 The Galaxy J8 is an impressive device in itself that will certainly enthral Samsung enthusiasts. It has a handy and durable built, offers a lot on the features front and is idle for power users.

However, around its price of Rs 18,990 as at the time of writing, the smartphone faces major competition from new offerings like the Nokia 6.1 Plus and the Xiaomi Mi A2, which should be considered a better value for money offer, carrying a better firepower at an even lower cost.