The Samsung Galaxy Z Flip was the star of the show, only to be challenged by the 100x zoom gimmick on the Galaxy S20 Ultra.

Samsung had its big night last night, bringing months of rumours to a halt by officially unveiling the Galaxy S20 series, the Galaxy Z Flip, the Galaxy Buds+ and a few software announcements as well. Most of the stuff went according to plan, so there wasn't any surprise in store, really. Nevertheless, the Galaxy S20 series now features a super expensive smartphone that can do 100x zoom, while Samsung's foldable phone journey continues further. If you missed all the action from last night, here's a glimpse of all that happened at Samsung's big, flashy Galaxy Unpacked 2020.

While the Galaxy Z Flip may have drawn more "oooh"s from the crowd, the Galaxy S20 was obviously the centrepiece of last night. The flagship smartphone lineup comes after the Galaxy S10 of 2019, and features multiple significant improvements. For one, 5G — each of the three Galaxy S20 phones (that's Galaxy S20, Galaxy S20 Plus and Galaxy S20 Ultra) will come with 5G variants, but will also have 4G variants in markets that don't support the new network yet. The other headlining feature of the Galaxy S20 series is the 100x hybrid zoom camera on the Galaxy S20 Ultra. While this does sound rather gimmicky, it is still a feat for Samsung to manage 100x zoom on a smartphone. The company revealed that it uses a "folded" lens to achieve this, which in principle is the same as the periscopic lens that Oppo first made some years ago. The Galaxy S20 and S20 Plus, meanwhile, feature up to 30x hybrid zoom, which is still quite interesting.

As with every Samsung flagship, there is no denying that the phones look uber premium and cutting edge from the front. With a punch-hole front camera aligned centrally, bare minimum bezels flank the 120Hz display to make things look quite stellar. However, none of this comes cheap — the Samsung Galaxy S20 costs $999 (~Rs 71,200), the S20 Plus costs $1,199 (~Rs 85,400) and the S20 Ultra is pegged at a whopping $1,399 (~Rs 99,700). The latter, in fact, is Samsung's most expensive smartphone of the night, even outdoing the Galaxy Z Flip.

During the keynote, Samsung took painstaking pauses to clarify the amount of work they have done on the hinge of the Galaxy Z Flip. They further spoke about how the display is no longer plastic but is actually a (very) thin sheet of glass, which apparently makes it durable. All of this brought back memories of the Galaxy Fold, and the scars that it has seemingly left on Samsung. Nevertheless, the Galaxy Z Flip is a fresh start, and at first glimpse, it does look like it might last. 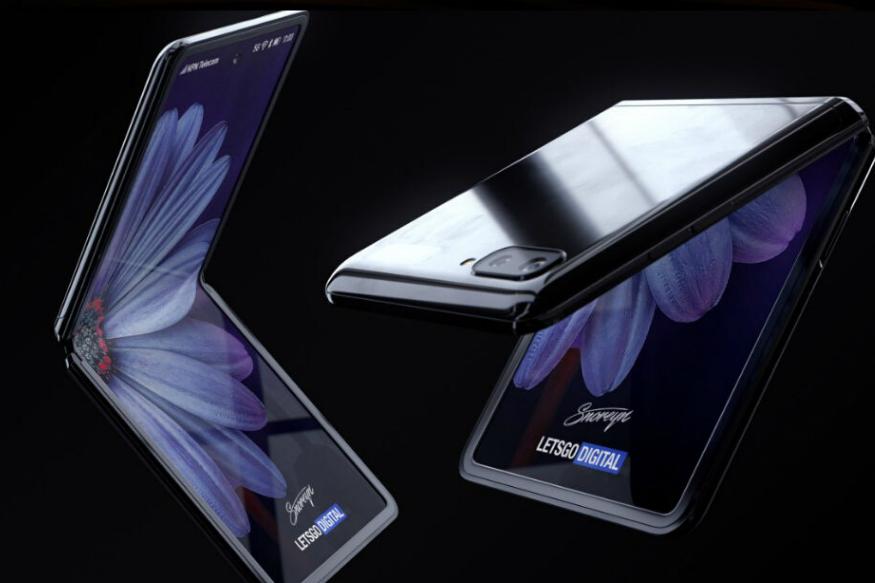 The Galaxy Z Flip has a 6.7-inch display when unfolded, has three cameras (one at the front, two at the rear), and even a tiny notifications screen at the front. It looks premium, and well thought out, and not as different as the Galaxy Fold. This means that the Galaxy Z Flip will have an easier learning curve, which makes the phone an interesting one to experience. The three-step hinge will hopefully last, and lastly, the $1,380 price tag (~Rs 98,300) means that it is much less exorbitant than the Galaxy Fold.

In fact, if you are willing to pay the same price for an iPhone XS, wouldn't you rather spend it for a phone which has a display that folds?

The Galaxy Buds Plus matched every rumour about it, word for word. It now has significantly better battery life with 11-hour playback time from the buds. It has an extra driver on board, extra microphones to improve calling quality, and adds a dedicated gesture for one-touch Spotify playback, if that's the kind of feature you'd want. More importantly, it has attempted to be more than what stock earbuds have typically been, both in terms of features, the overall sound, and the battery life. It is also a tad more expensive now, at $149.99 (~Rs 10,700).

Samsung shook hands with Microsoft yet again, stating that a select range of Xbox games will now come to the Galaxy S20 series. This begins with the introduction of the free to play Forza Street coming to the Galaxy S20, marking the first time that a Forza game has been introduced outside Microsoft's ecosystem. Hopefully, more Xbox games will come to more Samsung phones, and the feature will at least trickle down to the Galaxy S10 generation as well.

Samsung has also integrated Google Duo directly into its dialer, for users to make direct video calls through. This is a nifty addition, and subject to its success, Samsung will likely expand this partnership by expanding Duo's presence to more Samsung phones as well.