Samsung Galaxy Tab S7 FE and Tab A7 Lite to Go on Sale in India on June 23, Amazon Listing Reveals

In terms of specifications, the Samsung Galaxy Tab S7 FE sports a 12.4-inch TFT screen with 2560×1600 pixel resolution and a flat edge design. It weighs 608 grams and is 6.3mm in thickness. The tablet runs on Android 11 out-of-the-box and comes with an SPen inside the box. Under the hood, it packs an unnamed octa-core processor and customers can choose between 4GB RAM with 64GB storage option or 6GB RAM with 128GB internal storage model. Connectivity options 5G, 4G LTE, Wi-Fi 5, and Bluetooth v5.0. At the front, there’s a 5-megapixel camera for selfies and video calling, while the tablet houses an 8-megapixel shooter at the back. Both cameras can shoot Full-HD videos at 30fps. The Samsung Galaxy Tab S7 FE houses a 10,090mAh battery with 45W Super-Fast charging support via USB Type-C 3.2 Gen-1 port. It comes in Mystic Black, Mystic Silver, Mystic Green, and Mystic Pink colour options. 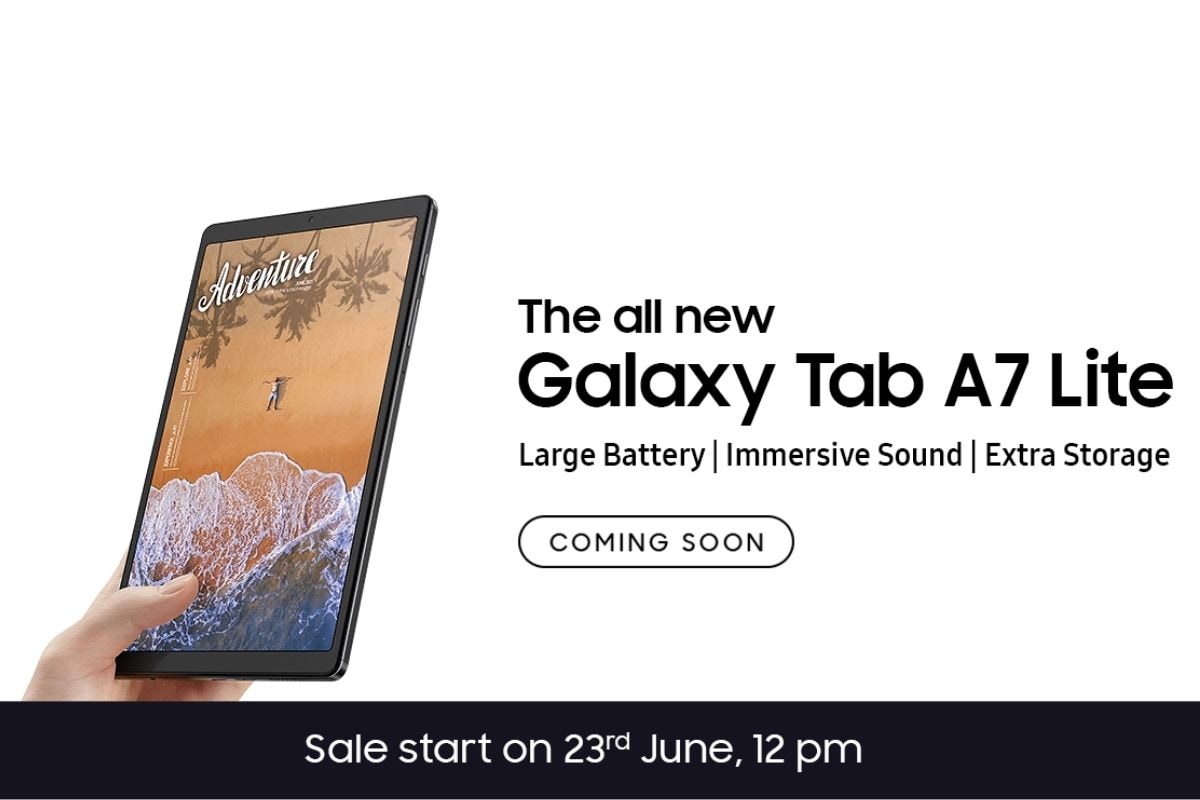 On the other hand, the Samsung Galaxy Tab A7 Lite features an 8.7-inch screen with 1340×800 pixel resolution with support for only 4G connectivity. It has two variants – Wi-Fi and LTE and they weigh 366 and 371, respectively. At the back, there’s an 8-megapixel primary shooter, and the front panel carries a 2-megapixel camera. Customers can choose between the 3GB RAM with 32GB internal storage model or the 4GB RAM with 64GB storage option. The onboard storage is expandable via a microSD card up to 1TB. The tablet comes with a 5,100mAh battery with support for 15W fast charging via a USB Type-C port. It comes in Grey and Silver finishes.