Samsung has upgraded the new Galaxy Z Fold 4 with a better hinge design, and the cameras have also gotten better. So, is this the foldable to buy? Well tell you in this detailed review of Samsung Galaxy Z Fold 4.

Foldables are an interesting specimen in the market. Everyone talks about it but very few have managed to make it work. Samsung is so far ahead of the pack, it has a fourth-gen model that people can buy, albeit at a hefty price. Samsung has introduced the Galaxy Z Fold 4 this year, its flagship product in the truest sense. The company has been making changes, minute ones that are slowly but surely making its foldable a reliable and a competent force in the industry.

Foldables are different, and yet, they are smartphones that are there to deliver on your regular computing tasks and more. So, does Samsung achieve to make the Galaxy Z Fold 4 a better version of its foldable attempts so far? We used the device to find the answer.

The improvised hinge on the Galaxy Z Fold 4 definitely makes a difference. You can feel the device being a lot more durable than before, and the hinge has a big part to play in that change. 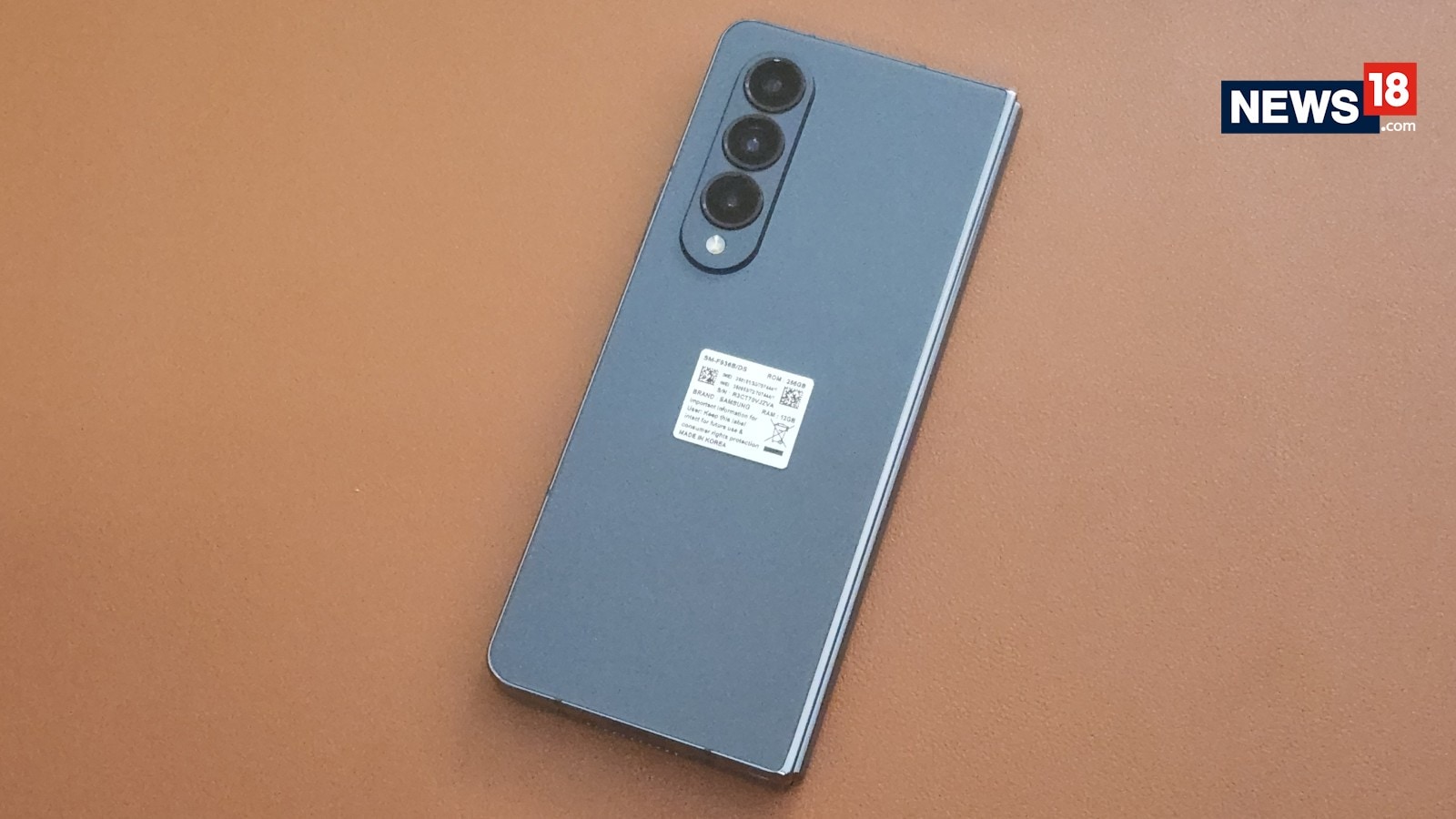 You can’t complain about the build quality and the materials used for the construction of this device. You still have to use two hands to unfold the device, and we would like that part of the foldables to become less cumbersome. 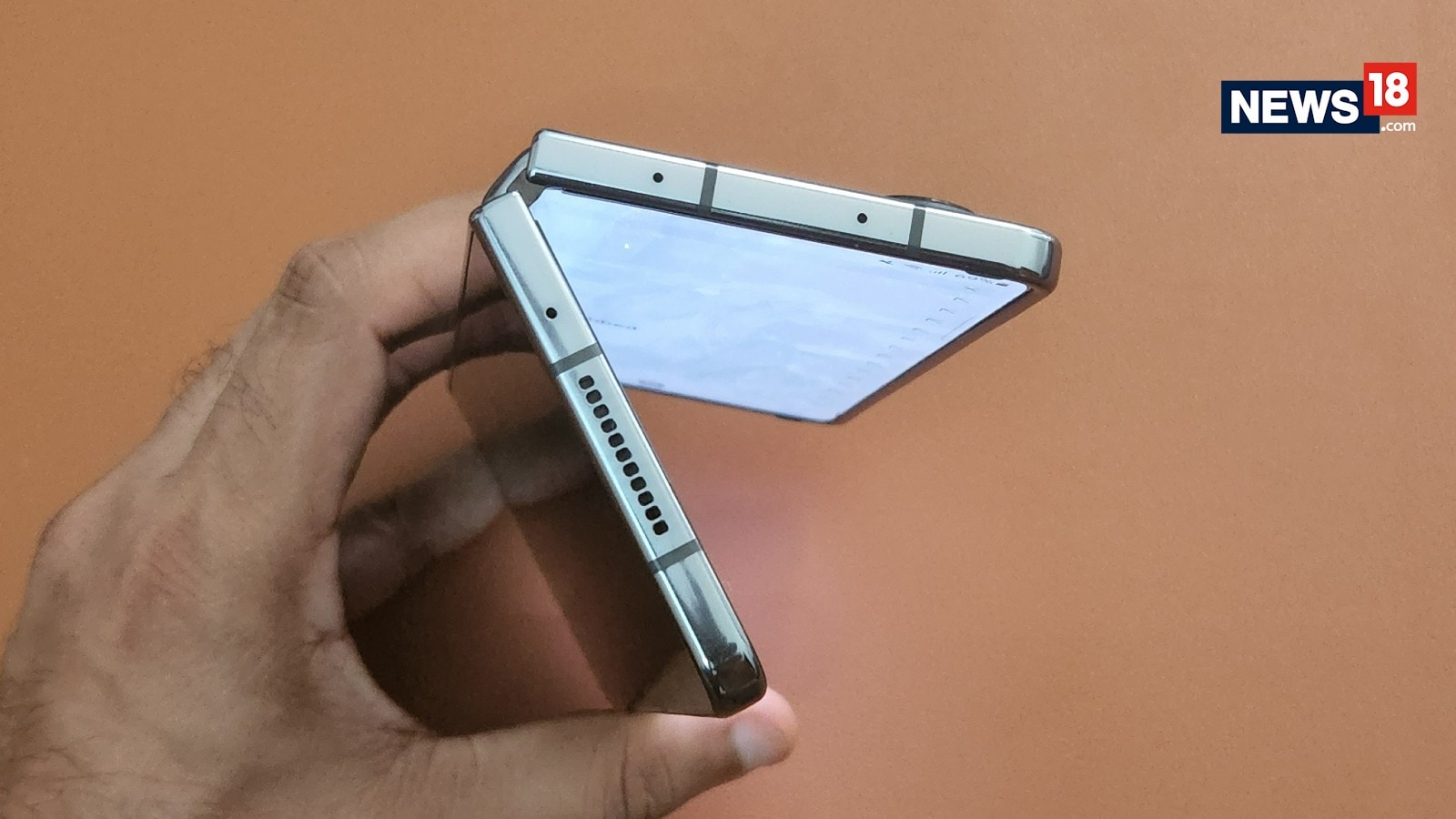 The finer details have allowed Samsung to give it a better in-hand feel this year, which is where the weight being lighter than its predecessor helps. The vertical camera layout at the back creates less protrusion. The device gets IPX8 rating which makes it water resistant up to 1.5 metres for 30 minutes. On the whole, Galaxy Z Fold 4 feels like a polished version.

The outer display on the Galaxy Z Fold 4 measures at 6.2-inch, with support for an AMOLED panel at 904×2316 pixels resolution and 120Hz refresh rate. It is good to see Samsung offer Corning Gorilla Glass Victus+ protection. 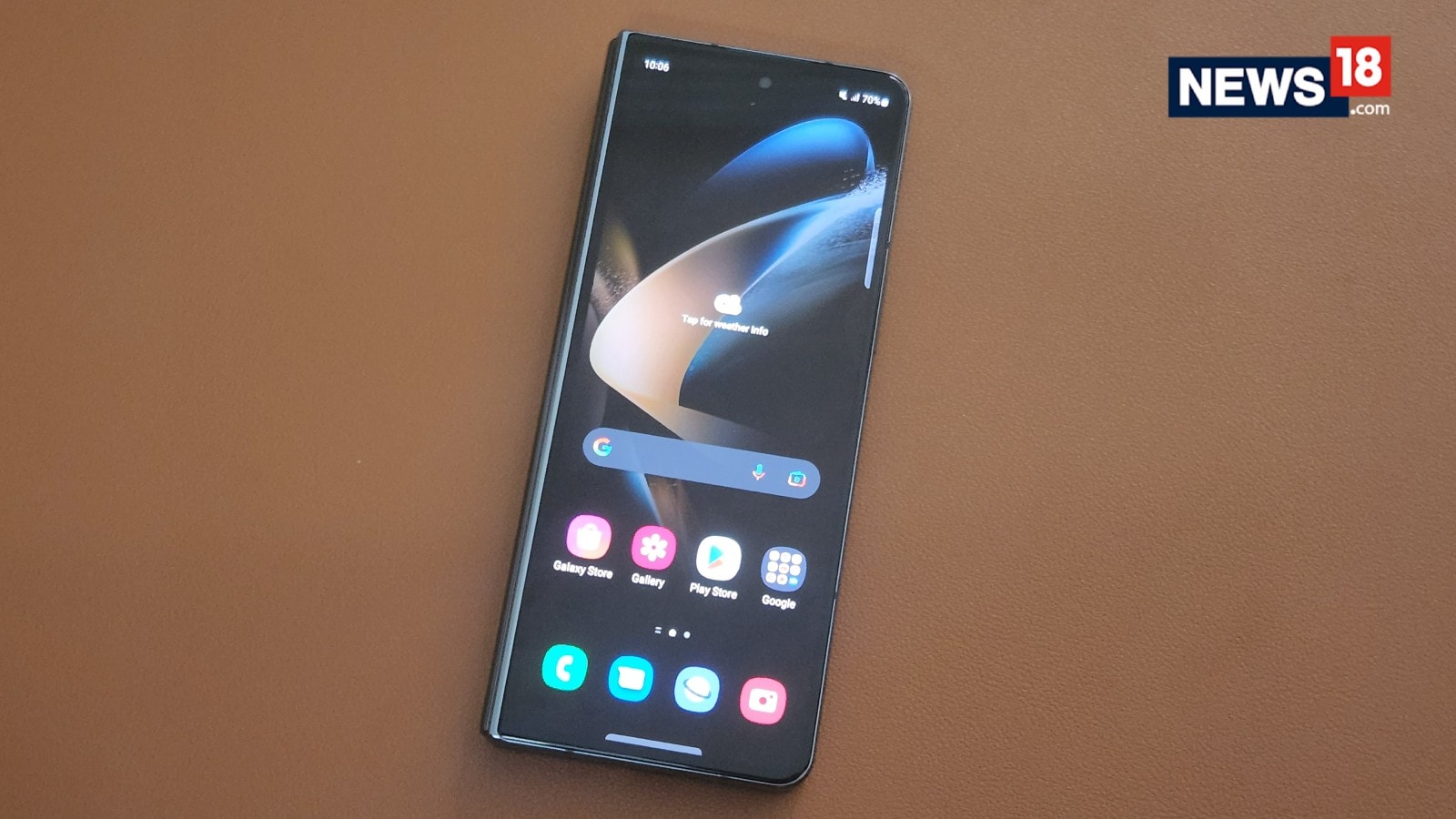 When you unfold the device, the 7.6-inch form factor awakens to give you a 120Hz AMOLED panel with HDR10+ support, and a peak brightness of 1200 nits. The crease has definitely become less prominent, and you might not notice it all the time, but it is there. Would have liked Samsung to integrate an in-display fingerprint sensor, but that is probably a challenging prospect on this unique form factor.

Samsung has given the device its best display unit, and the colours are punchy, like with most AMOLED panels, and bringing 120Hz refresh rate to both the screens adds that extra touch of fluidity. The blacks are deep, and the high contrast nature of these panels come true.

Samsung has gone with the latest Snapdragon 8+ Gen chipset, paired with 12GB RAM which is expandable by up to 8GB using the RAM Plus feature. We got the 256GB variant to review, and it should be ideal for most users. Being a flagship chipset allows the Galaxy Z Fold 4 to perform without any limits, and it is good for all users, which includes the power users. The use of this hardware has a direct impact on the heat management of the device, which shows up during our battery tests (more on that in a bit). The Galaxy Z Fold 4 also lets you use the S Pen but since it doesn’t have a dedicated slot, you will have to buy it separately and also a pouch along with that. 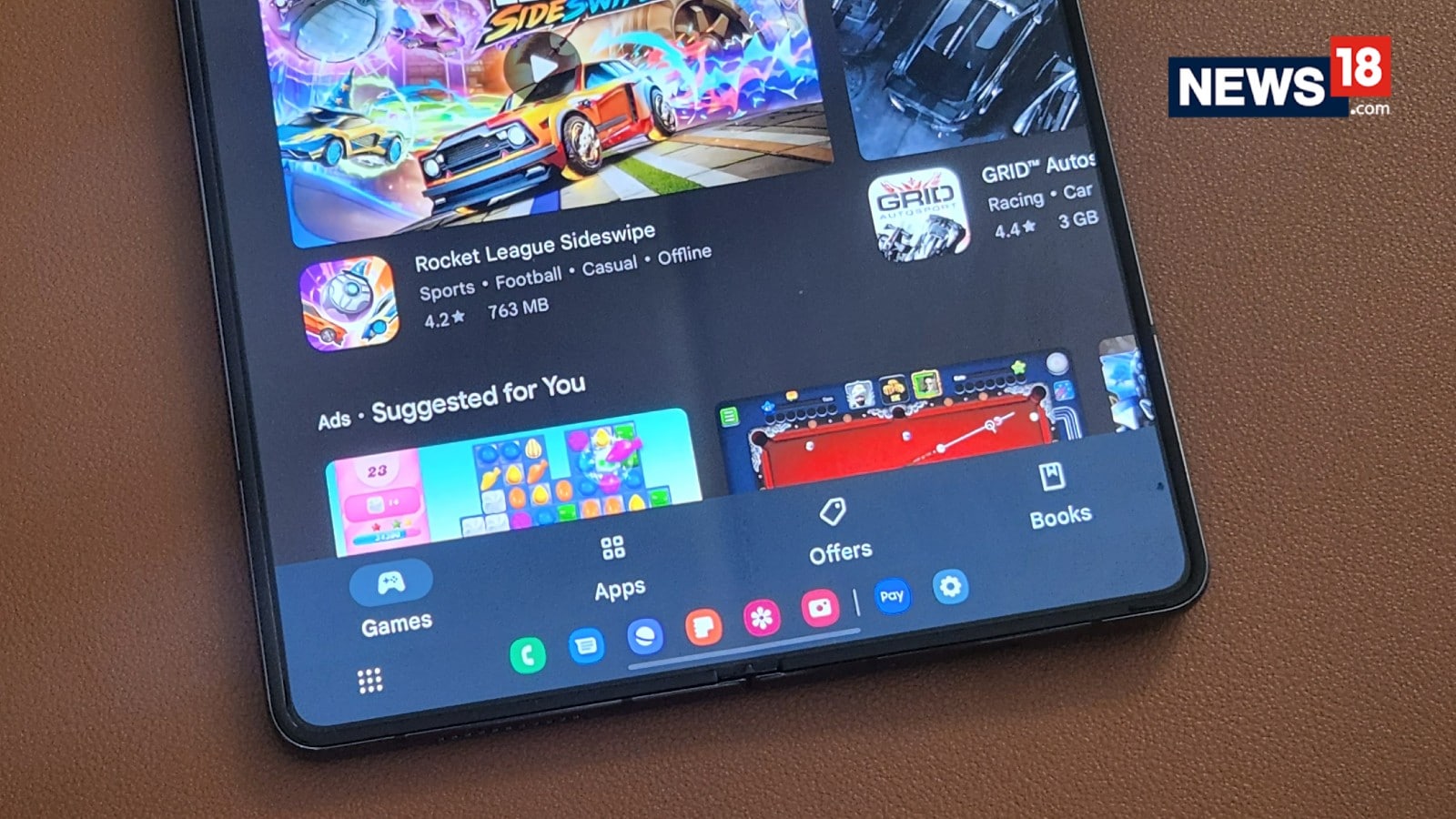 On the software front, you have the Android 12L version and Samsung’s nifty additions, like the new taskbar at the bottom that make the overall user experience better. Android is expected to add more features, and it would be better if more apps can be optimised for this form factor, which is all up to Google and its developers to make it happen.

Samsung has not only upgraded the design and the hardware, it has also bestowed a proper high-end primary camera on its new Fold. The 12-megapixel sensor has been upgraded to a 50-megapixel unit and the results clearly showed the gulf in quality between the two. 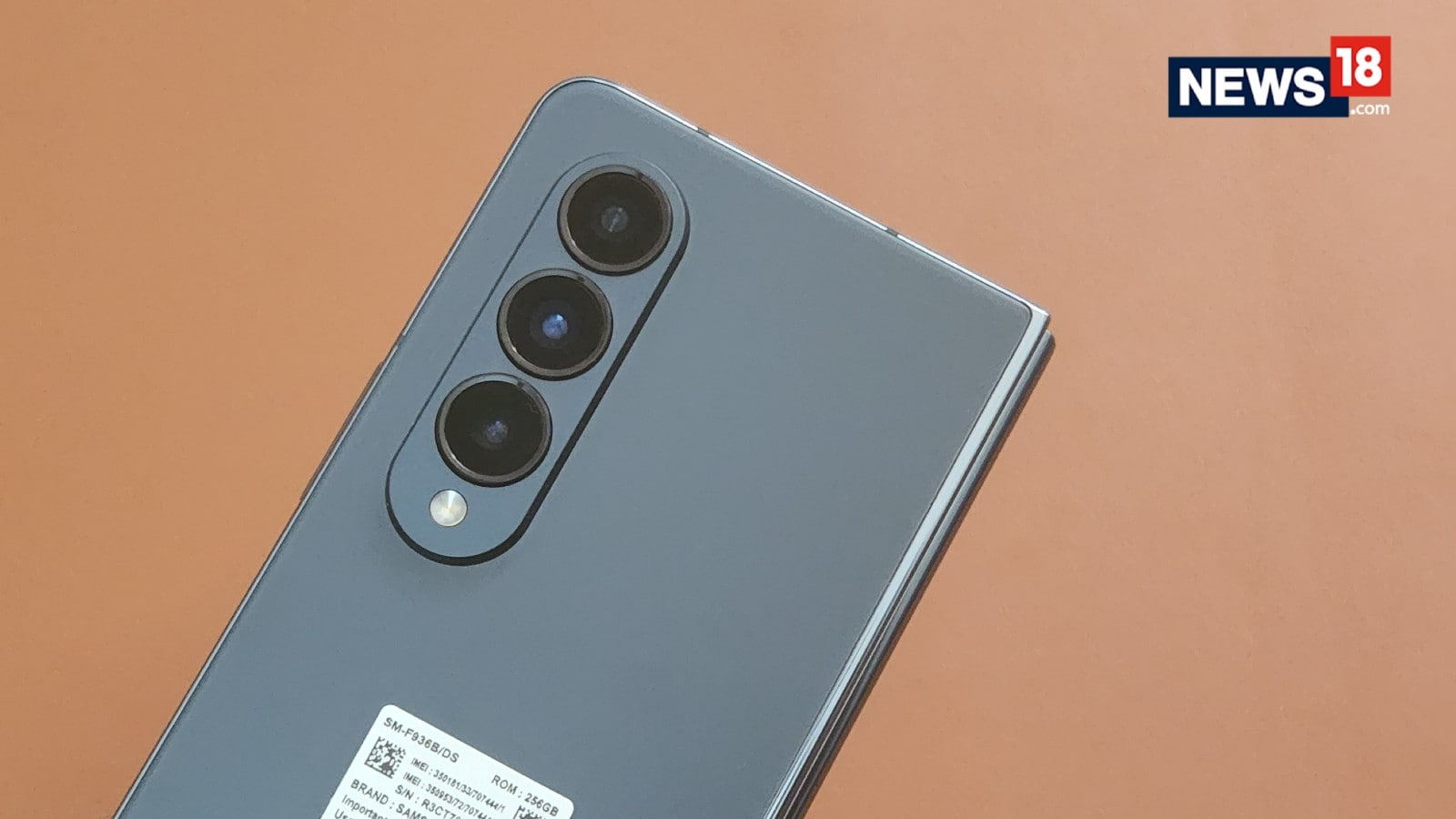 You get excellent photos in bright conditions, and even when the light is low, you get details but with the colours a bit saturated. The main selfie camera is quite good as well, but the 4-megapixel snapper in the inner display is bang average. The device also gets a new set of telephoto and ultrawide sensors to give you the total package a flagship in this range deserves.

Samsung’s use of the new Snapdragon chip has done wonders for the battery on the new Fold. We’ve already talked about the power efficiency of the Snapdragon 8+ Gen 1 chip in our previous reviews, and even though the improvement is minor, it works well for the Galaxy Z Fold 4. 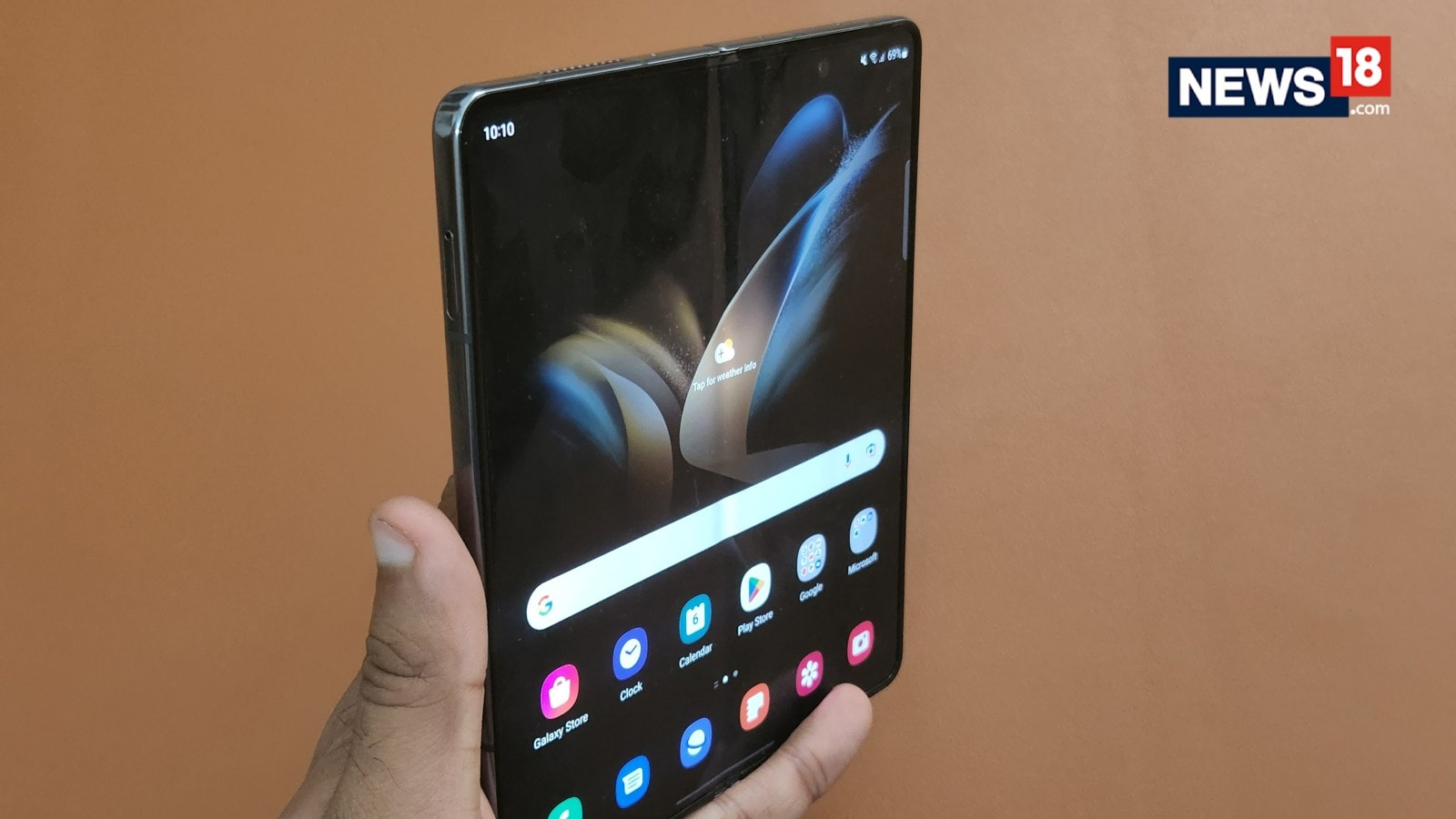 On an average we got screen-on-time of over 6 hours consistently. When pushed to the limit, the device lasted us for over 12 hours in a day, which is good, but still not comparable to the best we have come across this year so far. The charging speeds allow you to hit 0 to 50 per cent in 30 minutes, and next time we are hoping Samsung has something faster to advertise on this front.

Samsung Galaxy Z Fold 4 has improved and gives you a better take on the evolution of the foldable segment. The design has been tweaked with the thinner hinge to give it better durability. The outer screen’s aspect ratio has gone up which makes it more useful. The main camera has been upgraded, the latest Snapdragon chip delivers top-end performance, which also reflects in its improved battery life this year.

Having said that, for next year, we would like Samsung to have a different Fold, which probably becomes a more compact version.