Home » News » Tech » Slim Laptops & Convertibles For The Work From Home Warriors: You Can Get One in Every Budget
8-MIN READ

Slim Laptops & Convertibles For The Work From Home Warriors: You Can Get One in Every Budget

Slim laptops pretty much define themselves, whereas convertibles are those that have hinge mechanism that allows you to push the display all the way back into a tent, presentation mode or a tablet mode.

If you thought having a laptop at home was optional, that was only valid in the previous world order. Here and now, when work from home is something that millions are doing around the world during the COVID pandemic, you need a good computing device at home to get the job done. And eventually, when we do step out of home, you will most likely still need a good enough laptop that is slim and light enough to carry around. It is a good thing then that ecommerce is now opening up in India in the yellow and green zones, which means you can order one and have it delivered.

Convertibles and slim laptops are something that have become common in the ecosystem of machines running the Microsoft Windows 10 operating system. Slim laptops pretty much define themselves, whereas convertibles are those that have hinge mechanism that allows you to push the display all the way back into a tent, presentation mode or a tablet mode. There are many options, in either category to choose from. The likes of HP, Microsoft, Lenovo and Dell have been making slim laptops and convertibles fashionable for a while now. While approaching this story, we did exactly what a consumer would do and went around shopping for the best prices and the possible deals. That is what a potential buyer would want, wouldn’t they? All the info in one glance, so they can weigh the options and make a decision.

The Dell XPS 13 has remained one of the best ultra-slim laptops even as the generations passed by. For some strange reason, the Dell India website seems a little shy about listing the variants and the individual pricing. It is just inconvenient to have to either call a toll-free number or chat with a human being just to get the price tags. That is a business decision by the company, and we are no ones to criticize it, but as a consumer, we wouldn’t want to spend much time on it anyway. Update: Dell has shared the pricing of the two XPS 13 models currently on sale in India via their Dell Exclusive Stores, large format retail and multi-brand outlets. These are the 2019 updates mind you, and the entry-spec variant with the 13.3-inch Full HD display, the Intel Core i5-10210 processor with 8GB RAM and 512GB SSD is priced at Rs 113,990. The higher spec option, with the Ultra HD display, the Intel Core i7-10510, 16GB RAM and 512GB SSD is priced at Rs 173,990. Nevertheless, here are some really cool slim laptops and convertibles that you can splurge on right now. At least get the feel-good factor going as you slog during work from home. HP was one of the first PC makers, and remains one of most aggressive, with convertible PCs for consumers. The Pavilion x360 line-up has grown leaps and bounds over the past year and a bit more. The version that we are looking at here, specifically, is the HP Pavilion x360 14-dh0107tu. This gives you a 14-inch touchscreen with a geared hinge that goes all the way back to make this into a sort of a tablet. It is not short on power either, though you pay a slight premium for the convertible functionality. It runs an 8th generation Intel Core i3 processor, with 4GB RAM and a 256GB SSD. The SSD really helps with the performance aspect as well. The screen is a HD one, with the 1366 x 768 resolution, and that is adequate for most work as well as media streaming functionality—another positive being good battery life as well. The speakers are tuned by Bang & Olufsen, which certainly shows its results because the sound is richer and more detailed than what laptop speakers usually manage. You can buy this in the Mineral Silver and Natural Silver colour options. The Surface Pro design, over the years, had not really been matched by anyone else. Not for lack of trying, but Microsoft has pretty much gotten this spot on to balance functionality as full-fledged laptop and the convenience of a tablet. The latest arrival, the Surface Pro 7, is no different. It is just the right size, just the right form factor and doesn’t compromise either on performance or battery life. But do remember, the Signature Type Cover keyboard, the Arc Mouse and the Pen are all optional accessories. The keyboard itself costs around Rs 10,000 depending on offers and deals, which adds to the cost. But once you do put this all together, it is worth the experience. Refreshed just a couple of months ago, the new MacBook Air gets the latest 10th generation Intel Core processors and now start with twice the storage, which is a 256GB SSD. At this moment, you can buy the MacBook Air in the Core i3 and the Core i5 options—but you can have this configured with up to an Intel Core i7 processor and as much as 2TB of storage. The 13.3-inch Retina HD display remains one of the best in the laptop space—and supports True Tone as well which matches the colours on the screen according to the ambient lighting, to reduce eye strain. You can connect a 6K external display as well. This is also the first time the Magic Keyboard comes to the MacBook Air, a journey that started with the MacBook Pro 16 late last year and culminated a few days ago with the refreshed MacBook Pro 13. It runs macOS Catalina. The trackpad is 20% larger and you get the Touch ID security feature as well. Speakers have been upgraded as well, with the ability to sound louder and also reproduce twice the amount of bass the predecessor could. Design remains the sleek wedge-shape, and this is made of 100% recycled aluminum. Your colour choice remains between Space Grey, Gold and Silver. Weighs just 1.29kg. 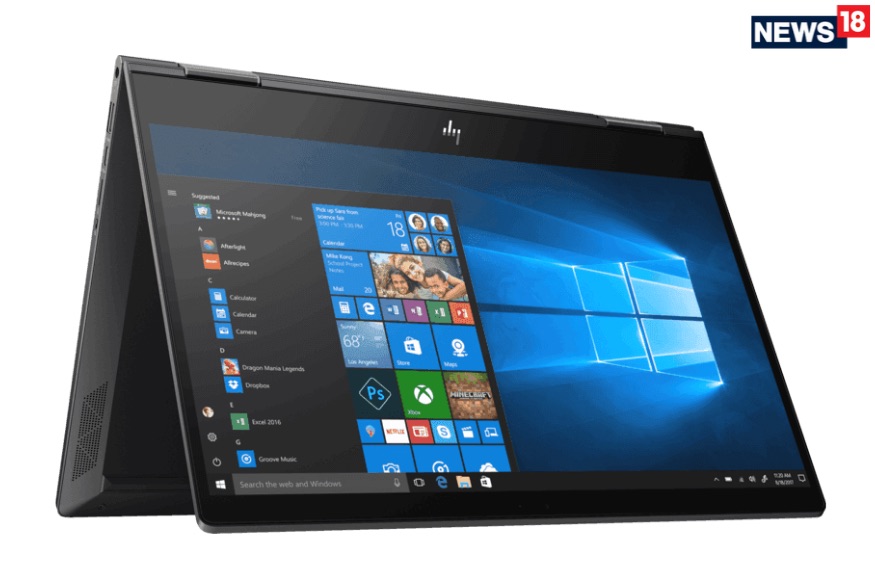 This is a very powerful Windows 10 convertible. For starters, there is the AMD Ryzen 5 3500U Processor with Radeon Vega 8 Graphics. That’s paired with 8GB RAM and a fast 512GB SSD. This mid-range chip should be more than powerful enough for most productivity tasks and even the occasional gaming sessions for casual gamers. What you get is a 13.3-inch Full HD resolution display. There is also the geared hinge that goes all the way back to make this into a tablet if that is what you need. There is a kill-switch that closes the webcam to protect your privacy. You also have a fingerprint scanner as an added layer of security for your Windows 10 installation and files. The backlit keyboard is very well laid out and a delight to type on. This is a very powerful convertible for enterprises as well as home users—it fits brilliantly in either usage scenario. 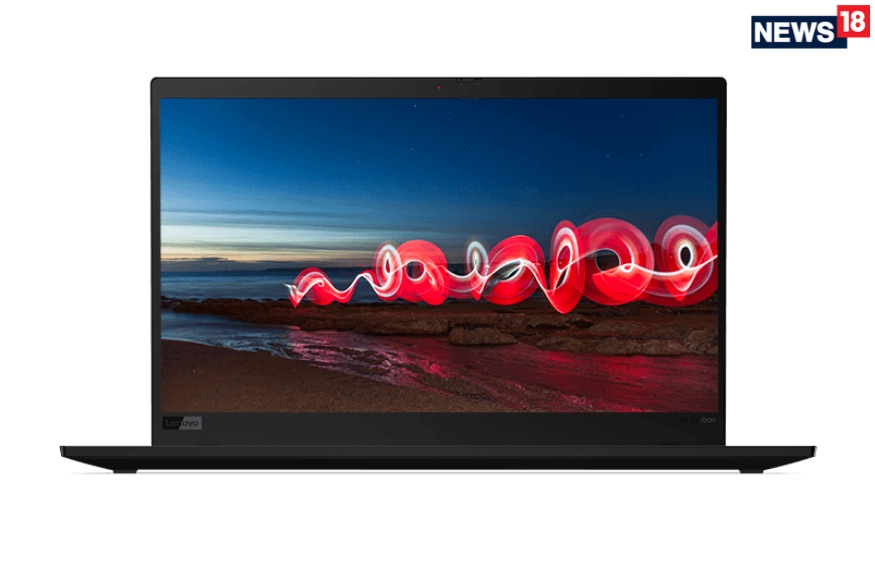 Business users and enterprises tend to swear by the Lenovo ThinkPad laptops, and the X1 Carbon is one of those machines. This slim business laptop is now in its 7th generation, which should give you an idea of how popular it really is. In fact, its popularity isn’t just restricted to the men in suits. This runs the Intel Core i5-10210U processor and gets 8GB RAM and a 256GB SSD with it. It is incredibly light, at 1.08kg and even lightest laptops have not been able to shed so much weight. This is robust too, with the military-spec ruggedness ratings—for extreme temperature changes, spills and drops. By default, you get a 14-inch Full HD IPS display, but you can configure this to a 4K screen as well. You’ll get a fingerprint reader, but a lot of the other stuff is optional, which means you will pay more for the likes of NFC and mobile broadband modules. Lenovo claims battery life of up to 18.3 hours on a single charge. This is a pick out of the left field but hear us out on this. You get a 13.3-inch display in a form factor that is slightly smaller than most 13-inch laptops. And every little bit shaved off means more space in your bag, less bulk to carry around and is lighter as well. More to that point, this machine weighs 1.26kg, which is quite light for a laptop that isn’t compromising on specs. The MarQ by Flipkart Falkon Aerbook runs an 8th gen Intel Core i5-8265U processor with 8GB RAM and 256GB SSD. The keyboard is well laid out, the display is bright as well as crisp and the design doesn’t betray that this is a slim laptop on a budget. In fact, the silver finish gives it a very sophisticated look. Windows 10 loads quickly, app response is snappy, and it doesn’t feel sluggish for most tasks in your regular workflow. If you need a compact machine that doesn’t burn a hole in the pocket, and gets your work done, this is a very reasonable laptop to consider. 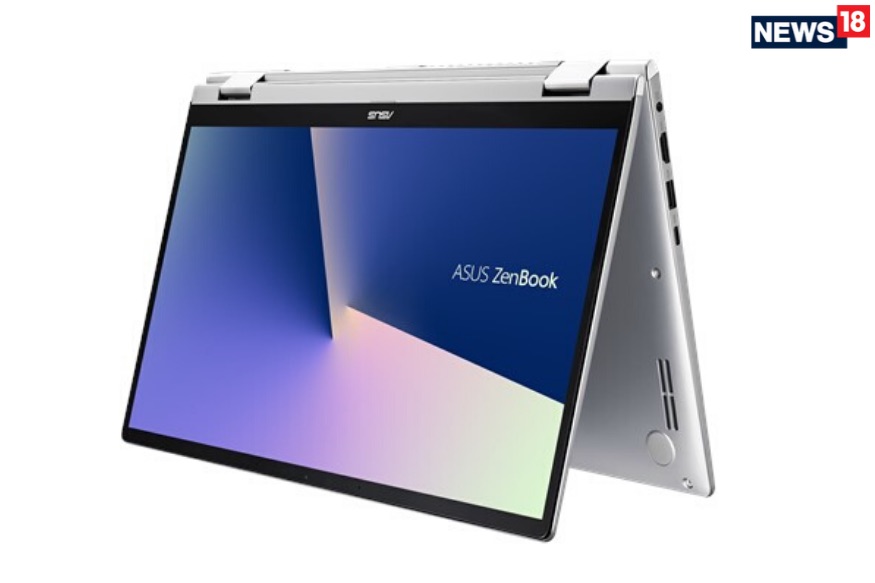 This is another one of those convertibles that really don’t hold back on the style and the performance bit. Your choice is between the AMD Ryzen 5 3500U and the AMD Ryzen 7 3700U processors, along with 8GB RAM and a fast 512GB SSD. We would recommend the Ryzen 5 for most users, unless you really intend to multitask and run really processor intensive tasks and apps, in which case do consider the Ryzen 7 for the extra performance headroom that it’ll offer. The 14-inch display is Full HD and Asus slimmed the bezel on the ASUS ZenBook Flip 14 UM462DA by 10% compared with the predecessor ZenBook Flip 14. The ErgoLift hinge allows you to push the display back as much as you want, all the way till it is flush with the base to become a large tablet. And when you are using this as a laptop, the keyboard tilts and lifts up, to give you an even more comfortable typing position. Asus claims battery life of up to 9 hours. The speakers on the convertible are configured by Harman Kardon, so expect better sound too compared with most laptops.