It is not easy to stand-up to the market champions and call them out for a duel and yet the Sony Xperia XZ Premium does just that, backed by its inbuilt Technology.

Sony has entered the flagship smartphone race with a bang with its Xperia XZ Premium. The latest flagship Sony smartphone comes loaded with Sony’s in-house technology and is a step-up effort by the company to challenge the current market-ruling flagships by other companies, be it the Samsung Galaxy S8 or the Apple iPhone 7Plus.

Now it is not easy to stand-up to the market champions and call them out for a duel. So naturally, Sony could not leave anything to chance. The technology features that come with the smartphone are not to be taken lightly but how well do they contribute to an overall flagship smartphone experience? Let’s find out in this review.

Sony has focussed on three core segments to make the Xperia XZ Premium stand out from the competitors – its display, camera and processor.

To begin with, the Xperia XZ Premium comes with a Qualcomm Snapdragon 835 processor. This is the first smartphone in India to offer the latest Qualcomm flagship processor, beating others (the OnePlus 5 that made claims to take this spot). Now as soon as this processor’s name pops up, you can be assured that the smartphone will not be under-par in performance.

Coupled with 4GB of RAM and 64GB internal storage and a support for Android 7.0 Nougat, the phone is extremely smooth to operate and till date, we have not found it lagging in any task. The storage is optimum to store as much data as you want and if you find it not up to your liking, there is always an option to expand it to 256GB using external micro SD card.

With the processor power and the sharp display, the Xperia XZ Premium is a treat to watch videos and play games on. Speaking of the display, Sony has introduced its 4K HDR proprietary technology in the 5.5-inch display of the XZ Premium, which it claims to have brought down from its Bravia range of televisions. The display is sharp, crisp and at a pixel density of 807 PPI, delivers a great experience. The smartphone is IP 65/68 certified dust and water resistance and we put it to test by taking the phone on a river rafting spree. Make no mistake, the Xperia XZ Premium will surprise you by its ability to work in water. There is also a ‘Glove mode’ on the phone that allows you to have a better touch-screen experience while wearing gloves.

A commendable feature is the placement of the fingerprint sensor of the Xperia XZ Premium on its power button. This comes as a refreshing change from the standard home button integrated fingerprint sensor and is not at all as irritating as the ones placed at the back, like the one on the Samsung Galaxy S8. 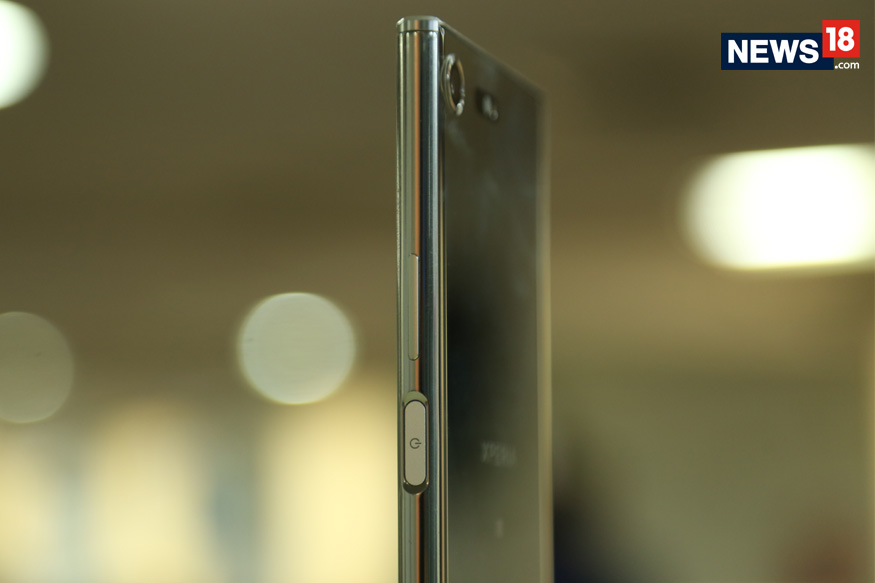 The Xperia XZ Premium is powered by a 3,230 mAh battery. Now, this is nothing that a smartphone can boast about but it easily gets you through a day of heavy usage and so we would rate it on the good side. Plus point, the battery performance is enhanced by Qualcomm’s Quick Charge 3.0 and Sony’s own Qnovo Adaptive Charging, both of which aid in quick charging of the smartphone’s battery. The Xperia XZ Premium supports USB Type-C connectivity.

Sony has repeatedly mentioned the camera capabilities of the smartphone, which, are not something to be missed. Though we would only comment upon limited features of the Xperia XZ Premium camera in this section, these features will certainly up your photography game. Sony has included its Exmor RS Sensor in its 19-megapixel primary and 13-megapixel front cameras. The interesting features that these cameras carry are Super-Slow Motion recording at 960 fps, Predictive Capture and Augmented Reality capabilities. There is also a dedicated camera key at the bottom-right of the phone for easier photo-capturing. You can have a gist of what Sony Xperia XZ Premium’s Super-Slow Motion recording can do by having a look at the Video review of the phone. It is one thing to look at an edited Slow-motion and another to shoot it yourself. The Super-Slow Motion recording will certainly expand the ‘what to shoot’ options for anyone and comes as something that you’d really look forward to in this smartphone.

Predictive Capturing, on the other hand, takes multiple shots of the image that you just clicked. This happens seconds before and seconds after you capture the image. It works just like Apple’s ‘Live Images’ and lets you select the best image for your click. One thing that nobody would like about the Sony Xperia XZ Premium is that the phone is practically a fingerprint magnet. Touch it once and your fingerprint is visible enough for it to hold its credibility in a court case. Also, Sony has used its standard design mantra for this flagship phone. The ‘loop surface’ are not something unique and apart from the extremely glossy and reflective finish, the design will only excite a long-time Sony aficionado. A good and easy way for Sony to go off the signature design would have been to reduce the bezel size on the Xperia XZ Premium.

Now coming back to the camera of the Xperia XZ Premium, well, a subtle way of mentioning its performance is that the camera is not as good as Sony claims it to be. Apart from the features mentioned in the above section, the Xperia XZ Premium does not score very well on the camera front. Simply put, at the price at which the smartphone is available, you would expect a lot more than what you get. One mentionable downside for professional photographers, the camera’s shutter speed cannot be increased to more than 1 on Manual mode. The Sony Xperia XZ Premium is undoubtedly a very good smartphone to have, especially if you are done with the regular Samsung and Apple flagship offerings. It is a loaded device, looks elegant and overall promises a good smartphone experience.

Yet the price tag on the Sony flagship is a bit too top-notch. There are some major chunks of refinement missing from the smartphone for it to have touched the Rs 59,990 price list. Considering the competitors are Samsung’s revolutionary flagship with the Bezel-less design and Apple’s trustworthy flagship offering, the USP of the Sony Xperia XZ Premium can only be its inbuilt Technology features.