Sony's was a rice cooker. The first-ever product from major tech companies may leave you surprised

Motorola may be the pioneer of mobile communications, but its first product was not a mobile handset. The company had produced several other devices before it demonstrated the world's first mobile phone in 1973. Likewise, there are many other major tech companies including Sony and LG which had their first-ever product in categories that may leave you surprised. Scroll down for revelation.

Sony's first product was an electric rice cooker in the late 1940s. The electric rice cooker, made by merely interlocking aluminium electrodes which were connected to the bottom of a wooden tub, was a primitive product. The result depended heavily on the kind of rice used and the weight of the water. Tasty rice was a rarity, as the rice cooker produced mostly undercooked or overcooked rice. It was a memorable first failure for Ibuka, co-founder of Sony, and his staff. The product was released under the company name Tokyo Telecommunications Research Institute, which was later renamed Sony. 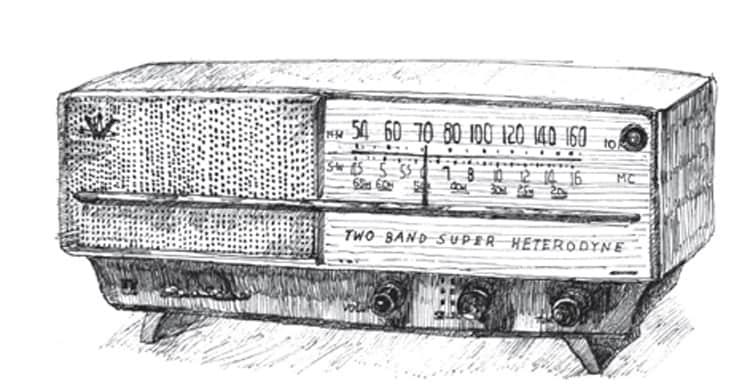 LG (formerly Lucky GoldStar) produced its first-ever product on November 15, 1959. It was a radio (model: A-501), which was also Korea's first consumer electronics product. Soon after this historical event in the Korean electronics industry, the word 'Electronic' first appeared in Korea's newspapers. The PC-compatible Green Eye Mouse in 1983 was the Redmond company's first gadget. What might be a surprise to many is that it did so the year before the Macintosh was first released. That is, it came out in the same year as the Apple Lisa. Hewlett-Packard (HP's) first product was the resistance-capacitance audio oscillator, which was used to test sound equipment. It was produced in the year 1938. They named it the HP Model 200A. One of HP's first customers was Walt Disney. Nokia's first gadget was a car phone. Named Mobira Senator, the phone was introduced in 1982. It weighed around 9.8 kg. Samsung was founded by Lee Byung-chull, son of a wealthy landowner and rice miller, in 1938, but it was in 1969 that Samsung Electronics was established. Its first product was a 12-inch black-and-white TV (model: P-3202) that was produced in the year 1970 as a pilot under a joint venture with Sanyo. In 1972, the company began production of black-and-white televisions for domestic sale.

Lenovo (called Legend Holdings until 2003) introduced its first product in 1987. It was the Legend Chinese-character card (on left in the image above), which translated English-language operating systems into Chinese. This piece of hardware was attached to PC motherboards. It won the first prize for "National Award for Progress in Science and Technology." It was in 1990 when the very first Legend PC - Legend 286 (on right in the image above) was launched in the market. Legend then changed its role from that of an agent for imported computer products into that of a producer and seller of its own branded computer products. Dell (formerly PC's Limited), in 1985, created a 10-megabyte personal computer, the Turbo PC, with a price tag of $795, undercutting IBM's costlier machines. It featured an Intel 8088 processor running at 8MHz, a 10MB hard drive and a 5.25-inch floppy drive. The company changed its name to Dell Computer Corp in 1988. Apple 1 computer was the Cupertino giant's first device. It was assembled by Apple co-founder Steve Wozniak in Steve Job's family garage in Los Altos, California in the summer of 1976. There were few buyers for the first Apples until Paul Terrell, owner of electronics retailer Byte Shop, placed an order for 50 and sold them for $666.66 each. After that initial success, Jobs and Wozniak produced another 150 and sold them to friends and other vendors. Fewer than 50 original Apple-1s are believed to survive.