Stagnated Innovation and Flourishing Competition: The iPhone’s Decline from Stardom

Whether Huawei’s sustainability at the top of the smartphone charts remain to be seen, Apple has a game in hand to fix what is arguably its most-loved piece of hardware, ever. (Image: Reuters)

Whether Huawei’s sustainability at the top of the smartphone charts remain to be seen, Apple has a game in hand to fix what is arguably its most-loved piece of hardware, ever.

The Californian winter does not let you keep sweatshirts on through sunny afternoons. Just ahead of breaking into the chilly innards of November, Apple’s shareholders woke up to a frosty surprise, when the company stated that it will stop disclosing exactly how many iPhones it sells, beginning January. It was not really a surprise, and some analysts may have even wondered why Tim Cook did not engage the killswitch earlier. But, it was a rather important turning point for a company that steamrolled its competitors towards unprecedented financial and industrial growth through the early 2010s. Amid all the white noise of prioritising a services-driven revenue stream, the writing on the wall was not missed.

Turning of the tide


Truth be told, it has already been a while since Apple’s iPhones went on a decline in terms of its towering market presence, the uniqueness of its offerings, and eventually, the sales figures. Most recently, the first quarter sales and shipment data from IDC Mobile Tracker has revealed a drastic paradigm shift in iPhone shipments. In line with diminished investor expectations, iPhones seemingly saw a 30-odd percent decline by IDC’s parameters. At Apple’s own earnings call, the company stated that its revenue from iPhone sales fell by 17 percent year-on-year. Back in November last year, when Cook had announced the long-assumed slowdown of the iPhone business, he did not fail to cite the economic slowdown in Greater China as one of the causes that hurt Apple considerably. Meanwhile, in China, Huawei has been on a bit of a rampage. In its latest earnings report, it disclosed that it overshot its smartphone shipment estimates by nearly 30 percent — an epic margin. This is something that no known smartphone manufacturer with a significant market presence across the world has achieved before, thereby increasing the significance of its growth even further. It shipped a staggering 59 million units in Q1 2019, marking a steep growth of over 50 percent year-on-year. At the risk of boring you with numbers, Huawei’s annual smartphone shipment for 2018 stood at 206 million units, up from 153 million the year before. If you consider where Huawei was in 2013, it is hardly believable that the Chinese electronics conglomerate is on course to usurp Samsung’s monopoly of the silicon throne — the world’s largest seller of smartphones. And yet, the numbers are there for all to see.


Back in 2013, Apple unveiled the iPhone 5s, introducing a fingerprint sensor and a staid, professional design that showed intent. That year’s iPhone was radical — it showed that a smartphone could be robust, fluid, functional and durable, and still be the epicentre of technology for fashionistas. Back then, other smartphones looked comical — built of plastic, with interfaces sketched into place by eight-year-olds. The glorious era of Nokia, Sony Ericsson and the Motorazr had just caved in, and mobile internet connectivity was booming. The iPhone heralded excitement in Silicon Valley the way the post-rock era of the ‘80s heralded the thinking culture of the ‘90s. It caused the entire mobile telephony industry to alter to its own norms, and Apple was on an untouchable growth phase then. Six years later, the razzmatazz of the iPhone’s fable is a mere shadow. Will Huawei and its compatriots have caused the once-untouchable piece of innovation to become an also-ran? Did the tide turn in its entirety?


When Chinese OEMs such as Xiaomi, Huawei and Oppo realised how big a business opportunity smartphones were, they also realised its true potential. One day, it would not just be a gadget, but a device that everyone must own — and right they were. Naturally, they targeted the masses. The iPhone was the pinnacle of design and smooth functionality — in Apple’s own words, it just worked. While that is great for a non-essential life accessory that borders on being a style statement, ‘just works’ soon became too little as the industry got saturated with choices, and consumers went fishing for the best value proposition. 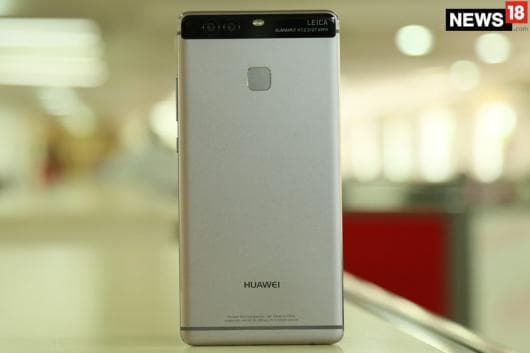 Targeting the masses also meant taking the brute force approach. Huawei, a significant communications infrastructure company, had a steady stream of clients feeding off its multiple patents, which kept the money flowing in. As a result, it could afford to take initial losses, and its smartphones barely even sold. But, what they did was to start spamming the market with choices, to the tune of at least three devices from the same company, in the same price bracket.

Today, the might of brute force shows. In fact, with Huawei having overtaken Apple in smartphone shipments, this approach even makes commercial sense. It struck gold by partnering with Leica, the legends of optics, adding further credibility to its name. It took a leaf out of Apple’s book to learn that if you want to play in the big leagues, do as the biggies do. Huawei’s devices improved drastically — builds shifted from plastic to metal, LCD panels gave way to OLEDs, and all of a sudden, its devices not just worked, but also did a lot more.

The birth of flagship killers


To add a bit of perspective, Huawei is not the sole contributor. BBK Electronics, the parent company that runs Vivo, Oppo and OnePlus, is the ideal proof of brute force combined with diversification. While Vivo catered to inexpensive phones, Oppo fueled premium segment. OnePlus, on the other hand, was the first of its kind that took the Apple approach of one device a year, but targeted geeks that were left out by other OEMs. The move worked wonders, giving birth to a new segment of devices called ‘flagship killers’ — the exact antithesis of the iPhone. Even their switch to a two-phone strategy somewhat fell in line with how Apple treats its products — one base device is good enough for a mid-life upgrade, albeit on a shorter timeline. Truth be told, despite all the hype, OnePlus sells nowhere near as many devices to challenge Apple even today. What it did, however, was eat into Apple’s market share in the sub-flagship, premium smartphone segment — one which Apple and Samsung had ruled for long with their smaller, compact flagship devices. For instance, a mid-2018 market report from Counterpoint revealed higher sales figures for OnePlus than Apple — a big deal, if you consider the legacy of the iPhone and the seemingly tender age of OnePlus.

Xiaomi, too, joined OnePlus’ party. These Goliath-slaying smartphones built a foundation for the industry, opening up an eastern invasion into the West’s homeground. Suddenly, consumers did not need to pay hefty sums for premium devices that also just worked. These phones even gave a higher reward in terms of value and the end-user experience. Life with a smartphone, as Apple probably didn’t realise, could be an entertaining affair too, and the outsider brands from China were having a field day.

If it ain’t broke, (at least) diversify it


The iPhones were always premium devices, and as smartphones went mainstream, Apple stuck to retaining its premium appeal. Six years ago, as the appeal of iPhones skyrocketed, so did their prices, and in its heyday, anyone owning an iPhone could weasel their way into pseudo-relevant social clusters.

It is Apple’s own success that created its own problem — the company’s eventual goal, of course, was to sell as many devices as it could. With its business spreading out to more markets, rising disposable income and mankind’s ever-rising ambitions, iPhones started becoming less elusive, particularly in markets such as China and India. The glamour value of the device started getting diluted, and soon enough, far fewer people seemed to think that owning an iPhone was a big deal. Apple should have read the signs, but evidently, it either didn’t, or ignored them altogether. 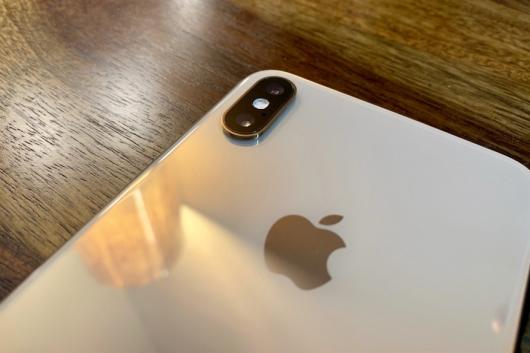 Despite being outpaced, the iPhone was a fine product. But, it lacked diversity — the real factor of appeal for the new-age phone buyer. Sure, iOS was more secure than Android, but iOS was also rather dreary, and was not really the compelling factor behind people buying iPhones. Apple’s cameras were outdone by Google and Samsung, and almost symbolically, Huawei arrived with multiple lens phone cameras, high resolution sensors and Leica piggybacked on camera bumps.

It is here that Apple should have attempted to diversify, but the iPhone remained stagnant. The iPhone experience became, frankly, boring. Apple’s devices were champions of future-proofing, which added another reason to users upgrading even less frequently. Android, meanwhile, evolved to a point where it now offered granular interface control, and for advanced-enough users, you could have your privacy and keep it too. Well, at least what was left after Google and Facebook left the table.


At a time when Huawei’s most expensive phones started offering so much for an eager user to play with, the iPhone stuck to its simplified, functional roots. It isn’t a broken philosophy, but in hindsight, maybe that is what Apple needed it to be. Maybe, that could have prevented it from failing its own catchphrase of yore — Think Different.

It is perhaps the greatest testimony to Apple’s might that despite all the talk of failing, the iPhone still sells by the millions. Apple may have shifted its focus to Oprah and Spielberg, but its very charm lay in the fact that it once built devices that just felt right. It was a world-beater by emphasising on subtlety and utility, it won wars without firing cannons.

To be very clear, the Chinese OEM onslaught may not be a sustainable one. Huawei is riddled with privacy investigations across the globe. Its devices and infrastructure are fraught with tools that are believed to serve as agents of foreign data surveillance, which leaves the threat of widespread cyber warfare out in the open. If imposed with bans and restrictions across the world, not even the most prolific piece of hardware can save Huawei from giving up its market share that it created over the past few years. This would leave a void in the market, and given the domino effect that may affect other Chinese OEMs, Apple would be only too happy to fill it up.

It may not be too late for Apple — in fact, if there is one company that has the financial might to pull a magic trick out of the bag with the iPhone, it is Apple. It is a bit ironic that Apple’s new, spaceship-like office was designed on the iPhone’s Home button.

Perhaps that itself adds a bit of perspective to the conundrum that Apple is in, right now.