While the new Zenfone Max carries the same design language as the old one, the changes are on the inside.

Asus, which launched the ZenFone Max in India early this year, is already up with a new version of the phone with a couple of incremental upgrades. While the new Zenfone Max carries the same design language as the old one, the changes are on the inside.

Before we get to the hows of the phone, let us tell you the ways in which new ZenFone Max is different from the old one.

Among other improvements, the biggest is the chipset powering the new phone. While the old ZenFone Max came powered by Qualcomm's quad-core Snapdragon 410 processor, the new model has a 1.5 GHz Qualcomm octa-core Snapdragon 615 chipset at its heart, which means a boost in the performance.

Also, clocked at a little higher frequency the octa-core processor in the new phone promises a relatively smoother experience. While the new processor may hint at a better performance, we are yet to test it because some users of Snapdragon 615 in the past have complained of heating problem and battery issues.

Given that Snapdragon 615 includes the Adreno 405 GPU as against Adreno 306 in Snapdragon 410, you can also expect the new Zenfone Max to have a better graphics performance. 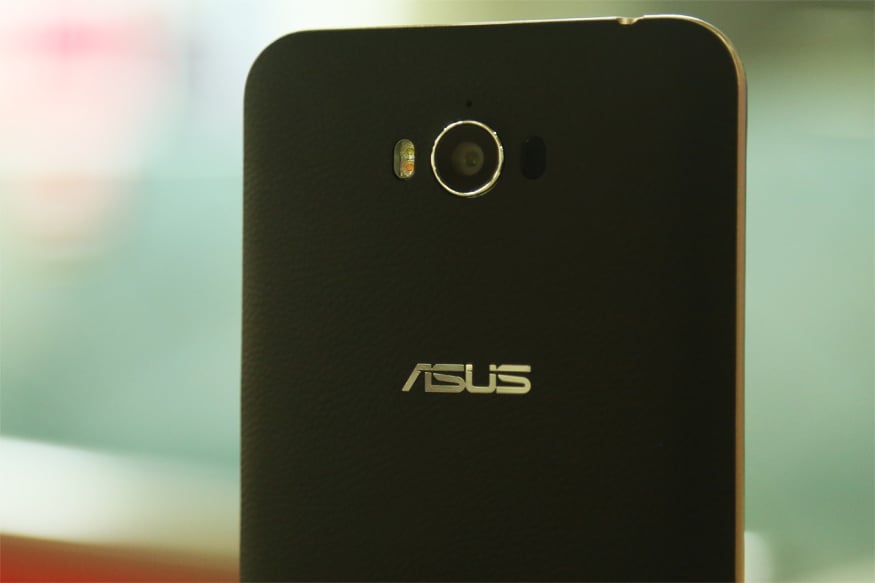 The back panel of the new Zenfone Max

The 3 GB RAM variant, however, will later also be available at Asus exclusive stores and all other retail stores across India. Both the variants offer additional storage and support microSD card of up to 64 GB.

The new Zenfone Max, like the old one, runs the company's proprietary ZenUI, but this time it is based on Android Marshmallow 6.0.1. The old model, on other hand, had ZenUI based on Android 5.0 Lollipop.

Offering users more colour options to choose from, the new Zenfone Max comes in three colours - black, orange and blue. The original Max, however, was available in black and white.

The Good and the Bad

Now let's brush up the good and the bad in the phone.

Packed with a 5000 mAh battery, the new Zenfone Max, like the old one, also doubles as a powerbank, which means, it, with the help of the OTG cable that comes bundled with it, can be used to charge other devices. But with the new Snapdragon 615 chipset in place, it's to be seen how long the battery lasts on regular usage. 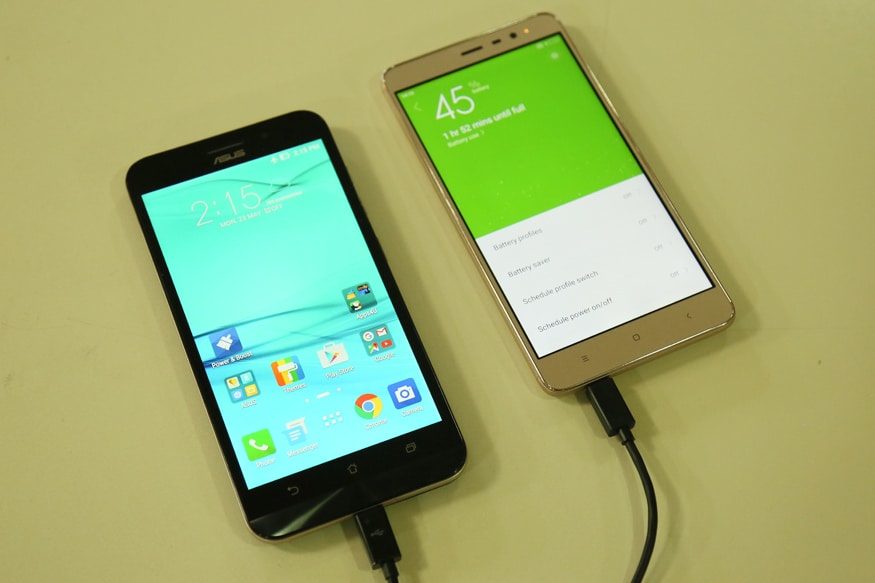 The Zenfone Max doubles as a power bank

Also, the included OTG cable can be used to connect USB drives and transfer files. A feature which, I believe, should become a standard in all the phones.

The company may boast of the phone to measure 5.2 mm at its thinnest edge, the fact, is that the Zenfone Max is a bulky phone, which is actually a downside. We, today, have a lot of phones with batteries as big as this, but they don't feel as heavy as the Zenfone Max does. While it offers a good hold, but the heavy weight of the phone goes against it.

Both the 13 megapixel camera at the back and the 5 megapixel shooter in the front produce good results in bright-light conditions, but in low-light environments, the results are a tad grainy - something that has been a problem in Asus' top-of-the-line phones as well. The 5.5-inch full HD display is as good as the old one.

With the new chipset and improved OS in place, it is to be tested how it performs in the real-world tests. We will soon be out with our full review of the new Zenfone Max and you will know if newer spells better or not.