OnePlus 6 has been put up for sale on the Amazon India website along with several offers. (image: News18.com)

In case you are bored of OnePlus!

With the hoard of smartphones in the Indian market to choose from, the near-30k price segment is conceivably the most sought-after category in today's date. Part of the reason for this is the plethora of functionality being offered in the smartphones in this division, which is more or less enough to compete with the flagship offerings of many companies. Meanwhile, the same devices are usually obsessed by many using budget Android offerings, with the reasons ranging from a better built to upgraded performance, cameras, displays and what not.

On many levels, the notion has been given a practical manifestation by OnePlus. So much so that the company gained the title "Flagship Killer" for its devices. For a four-year-old company to come up with a disruptive product that gives the best-in-the-class a run for their money is a commendable deed in itself. But from the consumer's point of view, just the idea is not enough. That's where the latest smartphone technology and a good software base helps the buyer put their faith in the product. A contemporary example of this is the latest offering by the company, the OnePlus 6, that triumphs the Qualcomm Snapdragon 845 processor, up to 8GB RAM and 256GB storage and a camera setup that is next to none.

This, however, does not imply that the Oneplus 6 is the only one product in this category with the aforementioned features and power under the hood. While most of us are well versed with the OnePlus 6, there are other smartphones in this price range which are equally competent, if not more, as the OnePlus flagship. Here is a list of 3 such smartphones available in the market today that can serve you very well as an alternative to OnePlus 6. 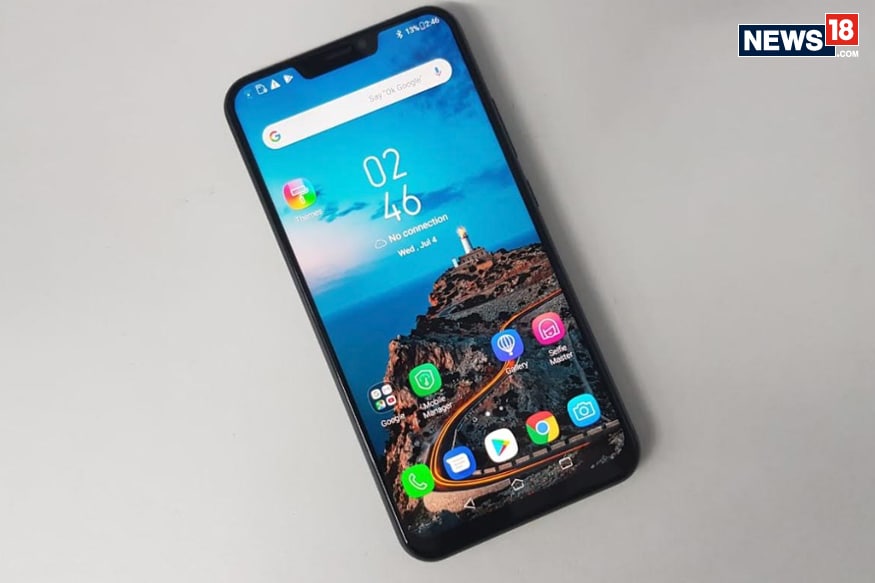 The latest release in this list and probably the closest competitor to the OnePlus 6, the Zenfone 5Z is a premium offering from the house of Asus that is a complete package in itself. The device comes in a shiny metal case with a dual camera setup at the back and an impressive Full HD+ display that will get you hooked for all the video watching experiences. What's more, the Zenfone 5Z is powered by an octa-core Qualcomm Snapdragon 845 SoC and a 6GB RAM, a combination that takes on any smartphone task with utmost ease.

Even the cameras on the Zenfone 5Z are a treat and are certainly a refreshing change lest you are bored of all the AI-enhanced images. Though the camera uses AI too, it is limited and mostly the camera's own capability is enough to churn out beautiful images for social media. The battery on the device is more than competent for a day's use, carrying a 3300 mAh tag.

BONUS: The Asus Zenfone 5Z comes with a notch display too. And Asus has even thrown in a set of earphones with the phone. Not a very good quality set but eh, that's better than nothing. Huawei sub-brand Honor has had some commendable offerings in the market since long. One of the lot is the Honor 10, which was launched just days before the OnePlus 6 and to date, competes directly with it. While the capabilities of both the devices are nearly similar, the experiences differ, mainly because of Huawei powering its smartphone with its own Kirin 970 processor and EMUI 8.1 on top of Android Oreo.

The highlight, however, has to be the Aurora glass design that the smartphone sports, giving it a calssy appeal. As for the performance, the Honor 10 hardly disappoints, catering well to even heavy smartphone users and even shutterbugs, thanks to its competent dual cameras.

BONUS: It comes in a striking Blue colour! OnePlus 6 does not. A noteworthy mention here, but more for an industry-first technology that it offers than its performance. The latest Vivo flagship comes with an under-display fingerprint sensor that works by the user touching a particular part of the screen to unlock the device. This eliminates any outer placement of the sensor, enabling more display area at the front, while also having the sensor at the front so your fingers don't have to look for it every time while unlocking the device.

The Vivo X21 lacks a bit in matching the firepower of all the others though, being powered by a Qualcomm Snapdragon 660 SoC and a 6GB RAM. While this is enough for most of the smartphone operations, it certainly lacks the X-factor for the "beast of a performer" category. The smartphone runs FunTouch OS 4.0 on top of Android 8.1 Oreo out-of-the-box.

BONUS: The in-display sensor is exclusive to the Vivo X21 as of now.

Three different smartphones, three distinct appeals, which one would you consider as the best replacement for OnePlus 6? Let us know in the comment section below.
Tags: