Twitter on Tuesday for the first time-tagged Trump’s tweets about unsubstantiated claims of fraud in mail-in voting with a warning prompting readers to fact check the posts.

US President Donald Trump will sign an executive order on social media companies on Thursday, White House officials said after Trump threatened to shut down websites he accused of stifling conservative voices. The officials gave no further details. It was unclear how Trump could follow through on the threat of shutting down privately-owned companies including Twitter Inc. The company declined to comment.

Taking to Twitter early on Thursday morning, Trump said: "This will be a Big Day for Social Media and FAIRNESS!"

This will be a Big Day for Social Media and FAIRNESS!

The dispute erupted after Twitter on Tuesday for the first time-tagged Trump’s tweets about unsubstantiated claims of fraud in mail-in voting with a warning prompting readers to fact check the posts. Separately, a three-judge panel of the US Court of Appeals in Washington on Wednesday upheld the dismissal of a lawsuit by a conservative group and right-wing YouTube personality against Google, Facebook, Twitter and Apple accusing them of conspiring to suppress conservative political views.

In an interview with Fox News Channel on Wednesday, Facebook’s Chief Executive Mark Zuckerberg said censoring a platform would not be the “right reflex” for a government worried about censorship. Fox played a clip of the interview and said it would be aired in full on Thursday. Facebook left Trump’s post on mail-in ballots on Tuesday untouched. The American Civil Liberties Union said the First Amendment of the US Constitution limits any action Trump could take. Facebook and Google declined to comment. Apple did not respond to a request for comment. 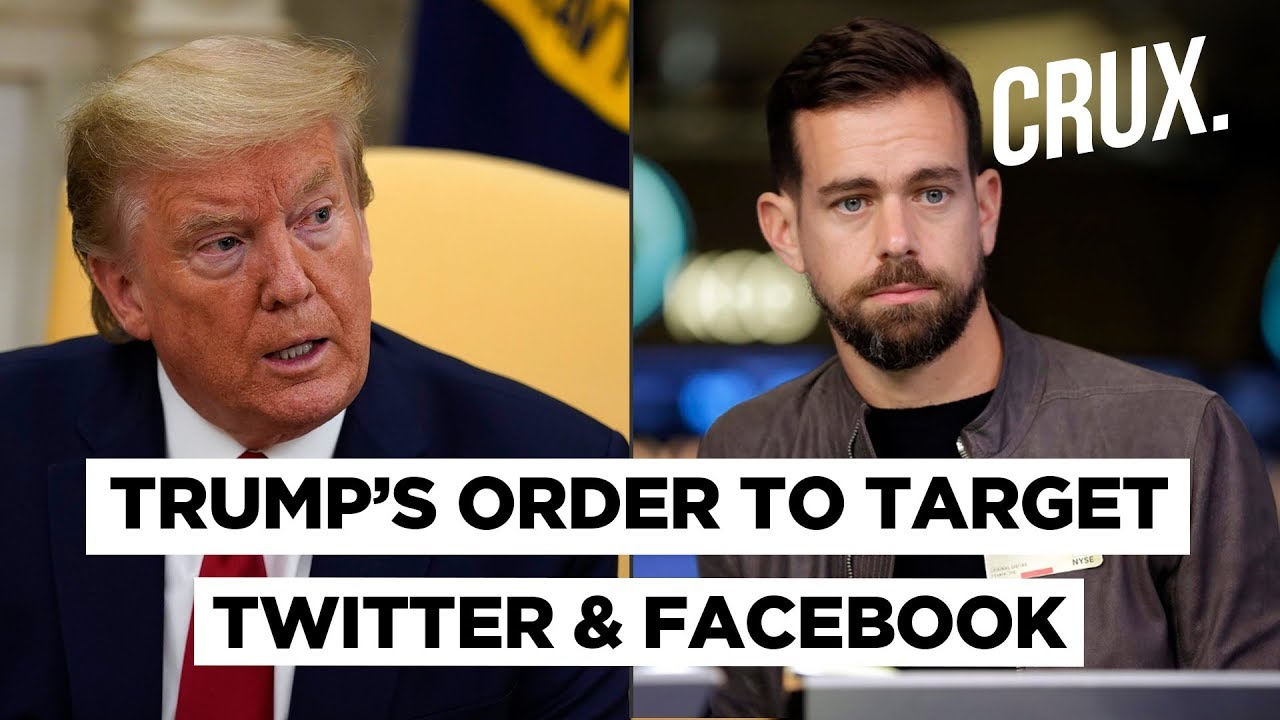 “Republicans feel that Social Media Platforms totally silence conservatives voices. We will strongly regulate, or close them down, before we can ever allow this to happen,” Trump said in a pair of additional posts on Twitter on Wednesday. The president, a heavy user of Twitter with more than 80 million followers, added: “Clean up your act, NOW!!!!”

Republican Trump has an eye on the November election. “Big Tech is doing everything in their very considerable power to CENSOR in advance of the 2020 Election,” Trump tweeted on Wednesday night. “If that happens, we no longer have our freedom.”

Trump’s threat is his strongest yet within a broader conservative backlash against Big Tech. Shares of both Twitter and Facebook fell on Wednesday. Last year the White House circulated drafts of a proposed executive order about anti-conservative bias which never gained traction. The Internet Association, which includes Twitter and Facebook among its members, said online platforms do not have a political bias and they offer “more people a chance to be heard than at any point in history.”

Asked during Twitter’s annual meeting on Wednesday why the company decided to affix the label to Trump’s mail-in ballot tweets, General Counsel Sean Edgett said decisions about handling misinformation are made as a group. “We have a group and committee of folks who take a look at these things and make decisions on what’s getting a lot of visibility and traction ...,” he said.

In recent years Twitter has tightened its policies amid criticism that its hands-off approach allowed fake accounts and misinformation to thrive. Tech companies have been accused of anti-competitive practices and violating user privacy. Apple, Google, Facebook and Amazon face antitrust probes by federal and state authorities and a US congressional panel. Republican and Democratic lawmakers, along with the US Justice Department, have been considering changes to Section 230 of the Communications Decency Act, a federal law largely exempting online platforms from legal liability for the material their users post. Such changes could expose tech companies to more lawsuits.