We Asked Microsoft's CaptionBot to Describe Some Famous Photos and ...

Microsoft's CaptionBot attempts to recognise objects and faces in images and describe it in natural language (sometimes punctuated with emoji).

Undeterred by the embarassing setback involving its Tay chatbot, Microsoft has launched a new addition to its range of fun artificial intelligence tools. Microsoft's CaptionBot attempts to recognise objects and faces in images and describe it in natural language (sometimes punctuated with emoji).

CaptionBot uses computer vision and natural language to describe contents of images "as well as any human" but accepts that it is still learning and can get things wrong.

To help CaptionBot learn (as it is supposed to get better as more people use it) and to test how good it is at its job, we fed it with some famous images and here's what happened: 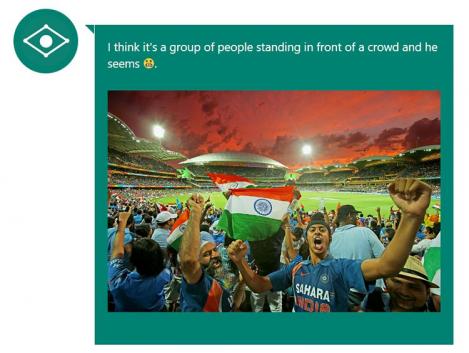 Original caption: Indian fans in the crowd celebrate as a Pakistan wicket falls during the 2015 ICC Cricket World Cup match between India and Pakistan at Adelaide Oval on February 15, 2015 in Adelaide, Australia. 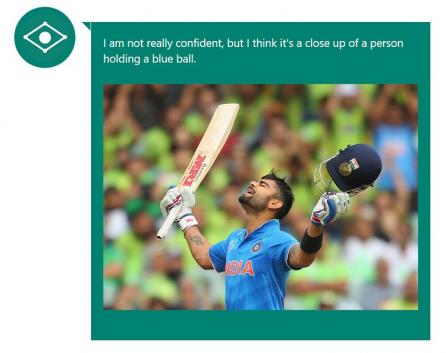 Original caption: Virat Kohli of India celebrates as he reaches his century during the 2015 ICC Cricket World Cup match between India and Pakistan at Adelaide Oval on February 15, 2015 in Adelaide, Australia. Original caption: Soldiers From India (L) And Pakistan (R) Perform The Elaborate Daily Flag-Lowering Ceremony May 30, 2002 At The Wagah Border Post Near The Pakistani City Of Lahore. 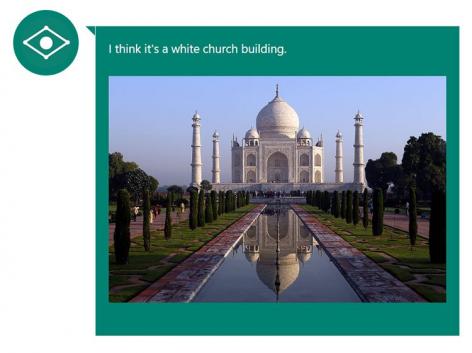 Original caption: The Taj Mahal is seen on September 30, 2010 in Agra, India. Completed in 1643, the mausoleum was built by th Mughal emperor Shah Jahan in memory of his third wife, Mumtaz Mahal, who is buried there alongside Jahan. 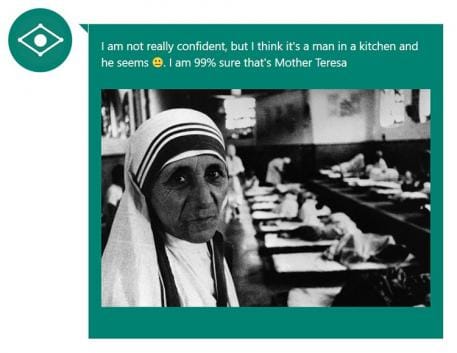 Original caption: Charity worker Mother Teresa (1910 - 1997), seen in her hospital around the time she was awarded the Templeton Prize for Progress. 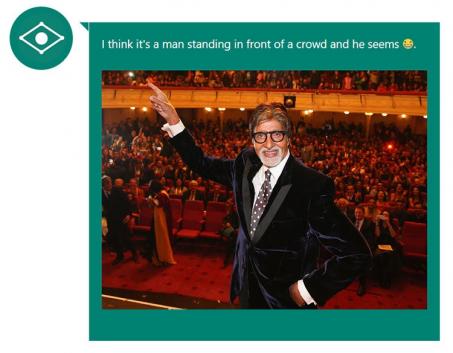 Original caption: Indian film actor, Amitabh Bachchan poses on stage during the Indian Film Festival of Melbourne Awards at Princess Theatre on May 2, 2014 in Melbourne, Australia. 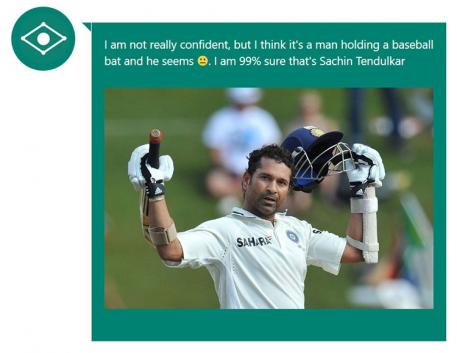 Original caption: Sachin Tendulkar of India celebrates his 50th Test century during day 4 of the 1st Test match between South Africa and India at SuperSport Park on December 19, 2010 in Centurion, South Africa. 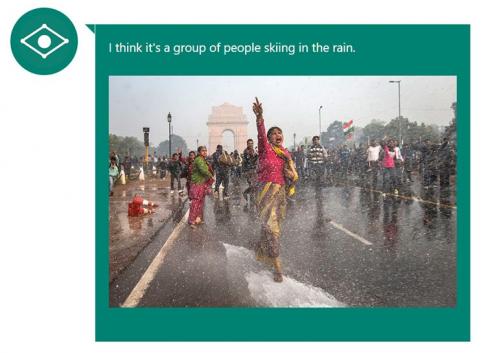 Original caption: A protester chants slogans as she braces herself against the spray fired from police water canons during a protest against the Indian government's reaction to recent rape incidents in India, in front of India Gate on December 23, 2012 in New Delhi, India. Original caption: 2nd April 1929: A demonstration in Madras, India, calling for a boycott of the Simon Commission. The demonstrators are carrying black banners with the slogan 'Simon Go Back'. 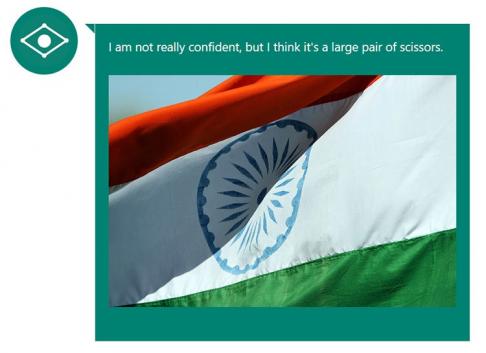 Original caption: An Indian flag is flown high during day one of the Fourth Test between Australia and India at Adelaide Oval January 24, 2008 in Adelaide, Australia.

You can give the CaptionBot a try at captionbot.ai but note that it will store your images.