Home » News » Tech » Why Does Microsoft Want To Buy TikTok? The Answer Is You, The Consumer, And The Data You Create
5-MIN READ

Why Does Microsoft Want To Buy TikTok? The Answer Is You, The Consumer, And The Data You Create

TikTok is as consumer centric as it gets. In fact, this could give Microsoft a head-start in trying to understand a younger demographic of users, who will consume more services and apps in the years to come.

Microsoft wants to buy TikTok. Donald Trump is not happy about it. Donald Trump is okay with it. Donald Trump has given his blessings. Donald Trump has set a deadline for the deal. Well, depending on which side of the bed you wake up and what day it is, the intersection of politics and technology is undoubtedly creating more confusion that it does good. At the time of writing this, it seems the political dispensation in the US is okay with Microsoft going ahead with the attempt to follow through on its interest in acquiring TikTok. At least the operations for certain parts of the world, including the US. Works out well for the tech giant, because TikTok is trying everything possible to remain present and active, in the US in particular, where it has a large and active user base. But the question still remains, why does Microsoft want to buy TikTok?

The way things have been over the past few years, Microsoft has focused on the enterprise space. The part consumer plays, that have included the Surface computing device line-up and the revamped Microsoft 365 subscriptions, in the end, do plug into the enterprise space very nicely. But Microsoft, for most intents and purposes, doesn’t really do consumer products. Except perhaps the Microsoft Xbox ecosystem. Let us look at some of Microsoft’s consumer products that no longer are around. Windows Phone, Groove Music, the Microsoft Band fitness accessory are some examples. Cortana, the virtual assistant, seems to be going down that path—the app for Android and iOS will be shut down next year, along with Cortana access for Harman Kardon Invoke smart speakers and the first-generation Microsoft Surface headphones. Cortana instead is getting deeper integration within the Outlook email app and Teams video meeting app, which have great enterprise significance. Gives you a sense of the demographic of users Microsoft is largely designing products and services for.

At this time, it is believed Microsoft wants to acquire TikTok’s operations for US, Canada, Australia, and New Zealand. “This is a unique deal of a decade opportunity with a price tag that could easily be consummated,” wrote Dan Ives, analyst at Wedbush, to the investors earlier this week, as reported by CNN. It is believed TikTok’s value stands at $50 billion. 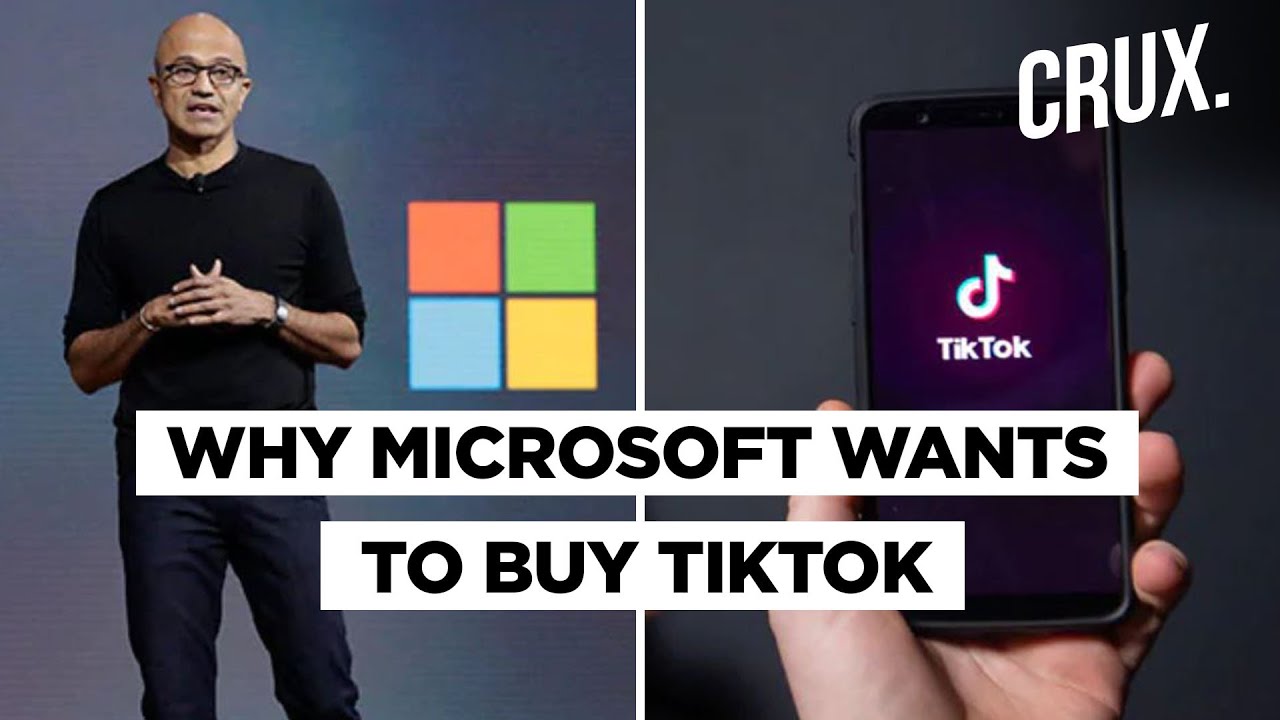 One of the primary reasons why Microsoft believes TikTok is an investment worth doing is it will get a readymade product in the social media space. The closest Microsoft right now is to that space is with LinkedIn, a professional network. Yet, it is no match for the might of Facebook, the Facebook owned Instagram and even Twitter and Snapchat. Maybe that LinkedIn acquisition holds a clue—Microsoft didn’t change the branding or the foundations of the network that made it successful in the space it operates. If the company does the same with TikTok, as in leave the branding and the app as is, it could simply be successful because of the numbers that drive TikTok engagement on a daily basis. The only change would be that the user data for US based accounts will be saved on servers in the US. As a consumer, that would make no difference, except you may perhaps have to again accept the new terms and conditions at some point when you open the app post the expected Microsoft acquisition.

Second, it is the oil of the modern world. Data. It all started with data, and the fears that data of US users was ending up with the Chinese government. After all, TikTok is owned by Chinese company ByteDance. In China, the National Intelligence Law of 2017 governs all tech companies that are based in China or are under Chinese ownership. The law mandates all businesses to share any and all information that the Chinese Government may ask for. This is something that is worrying governments around the world, including India.

Microsoft acknowledges the importance of the data that it’ll get from TikTok. “Among other measures, Microsoft would ensure that all private data of TikTok’s American users is transferred to and remains in the United States. To the extent that any such data is currently stored or backed-up outside the United States, Microsoft would ensure that this data is deleted from servers outside the country after it is transferred,” says the company in an official statement confirming the talks.

As of January, TikTok had clocked 800 million users worldwide. The app saw more than 49 million downloads in the US just last year. On an average, TikTok users in the US open the app 8 times a day, with each session around 5 minutes—that works out to around 40 minutes of app usage in a day. This is the sort of ready-made platforms that don’t become available so easily for tech companies to acquire. Microsoft will finally have a product to take Facebook on with.

If you notice the list of countries that Microsoft wants to acquire TikTok in, these are all English-speaking. That would mean limited challenges when it comes to moderating content as well, without having to deal with complexities of localization.

TikTok is as consumer centric as it gets. In fact, this gives Microsoft a head-start in trying to understand a younger demographic of users, who will consume more services and apps in the years to come. While Microsoft fell behind with the previous generation with its much delayed attempts at battling with Google, Apple and Facebook in the past when it came to platforms such as Windows Phone, Outlook Mail, Bing Search and social networks in general, it’ll have an advantage over the rival big tech companies when it comes to understanding these users that it’ll adopt with TikTok.

Microsoft is also in a safe spot as far as regulators are concerned. While Facebook, Google, Apple and Amazon are all very much under scrutiny by the US Congress, Microsoft hasn’t been dragged into it just yet because of its business and enterprise focus.

Remember, TikTok is the one social media platform that has had Facebook worried for a while now. The popularity, the quick video format and the product itself has been some concern for Facebook, which is trying the same with Instagram Reels. With Microsoft’s might behind it, TikTok can logically stand to gain. The key for Microsoft will be to leave TikTok as is, and not make it a Microsoft product.