PIF is the sovereign investment fund of Saudi Arabia, making investments over close to five decades, with reported assets of over $400 billion.

Earlier today, Reliance Industries announced its 11th investment deal in just about eight weeks, welcoming Saudi Arabia’s sovereign wealth fund, Public Investment Fund (PIF) to the family. PIF has announced an investment of Rs 11,367 crore in Jio Platforms, which sees it pick up a 2.32 percent stake in the company. After this investment, Jio Platforms is now valued at Rs 4.91 lakh crore in equity, and Rs 5.16 lakh crore as enterprise value. Taking PIF’s investment into account alongside Facebook, Silver Lake, Vista Partners, General Atlantic, KKR, Mubadala, ADIA, TPG and L Catterton, Jio Platforms has received Rs 1,15,693.95 crore in investment from the leading global investors in exchange for 24.7 percent of the company. This simply goes on to show the company’s strength, and how attractive it is as an investment platform for global giants.

Commenting on the investment, Mukesh Ambani, chairman and managing director of Reliance Industries Limited, said, “We at Reliance have enjoyed a long and fruitful relationship with the Kingdom of Saudi Arabia for many decades. From Oil Economy, this relationship is now moving to strengthen India’s New Oil (Data-driven) Economy, as is evident from PIF’s investment into Jio Platforms. I have greatly admired the defining role PIF has played in driving the economic transformation of the Kingdom of Saudi Arabia. I welcome PIF as a valued partner in Jio Platforms and look forward to their sustained support and guidance as we take ambitious steps to accelerate India’s digital transformation for enriching and empowering the lives of 1.3 billion Indians.”

His Excellency Yasir Al-Rumayyan, the governor of PIF, said upon announcement of the deal, “We are delighted to be investing in an innovative business which is at the forefront of the transformation of the technology sector in India. We believe that the potential of the Indian digital economy is very exciting and that Jio Platforms provides us with an excellent opportunity to gain access to that growth. This investment will also enable us to generate significant long-term commercial returns for the benefit of Saudi Arabia’s economy and our country’s citizens, in line with our mandate to safeguard and grow the national wealth of the Kingdom.” 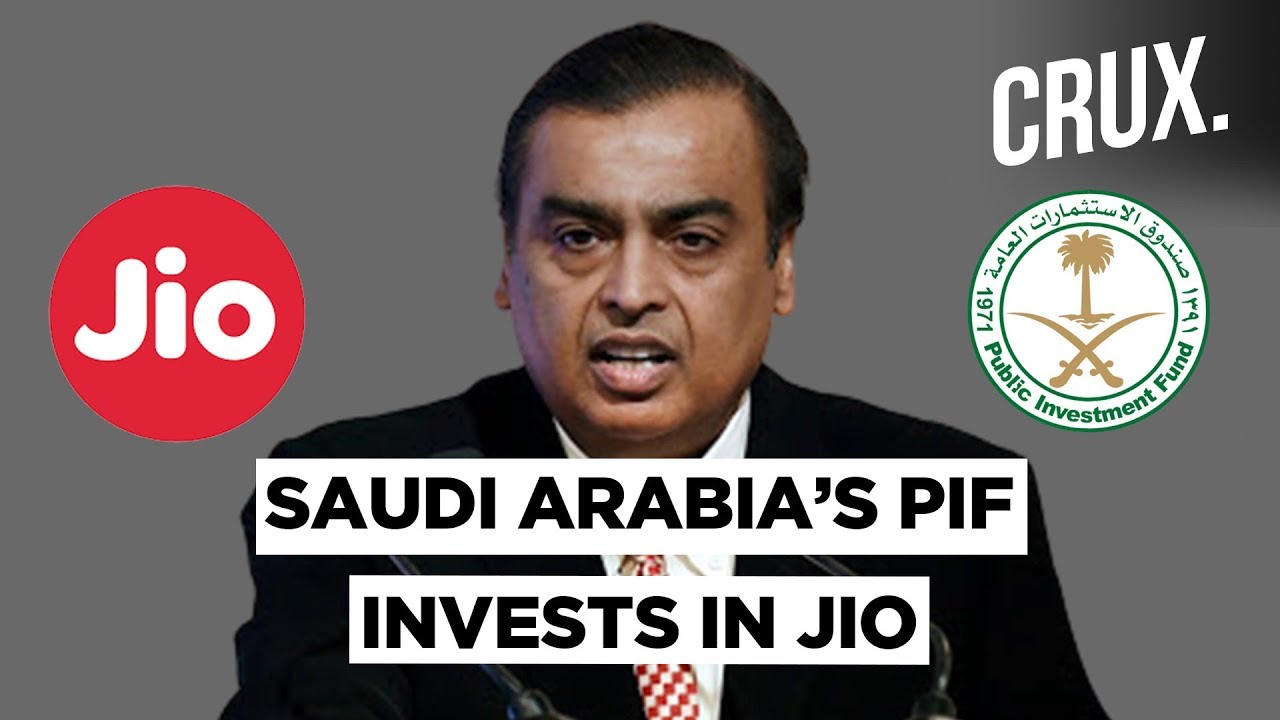 Jio Platforms is a subsidiary of Reliance Industries, and has played a stellar role in India so far. PIF, which is the latest to join the ranks, is a high profile entrant in this list. Founded in 1971, the sovereign wealth fund of Saudi Arabia has made strategic investments for almost five decades now. Its total assets are estimated to be over $400 billion, and is said to operate through six investment pools that handle both international and local investments.

Its investment in Jio Platforms has been accounted as the largest of this nature for the fund in the Indian subcontinent, till date. The sovereign wealth fund has a key mission to make a diverse range of investments in order to strengthen the Saudi Arabian kingdom’s objective of economic transformation, as part of the nation’s Vision 2030 goals. This clearly goes on to show where Jio Platforms stands among investors globally, and how attractive a proposition does it offer to the world’s biggest companies.

Disclaimer:News18.com is part of Network18 Media & Investment Limited which is owned by Reliance Industries Limited that also owns Reliance Jio.
Share this:
Next Story