Xiaomi say they have identified 1044 users with similar integrations with Google Assistant.

Earlier today, we had reported (Read report here) that Xiaomi’s Mi smart security cameras, in this case the Mi Home Security Camera Basic 1080p model, had a potential bug which allowed users who had integrated the functionality with a Google Nest Hub smart display, to view images from feeds of other users who may also have the Xiaomi smart security cameras installed in their home or business establishments. This was first reported by a Reddit user /u/Dio-V. Xiaomi has confirmed to News18 that they have identified the issue and that has now been fixed.

“Xiaomi has always prioritized our users' privacy and information security. We are aware there was an issue of receiving stills while connecting Mi Home Security Camera Basic 1080p on Google Home hub. We apologize for the inconvenience this has caused to our users,” says the company, in a statement shared with News18. The company confirms that they have identified the issue and that it has now been fixed.

“Upon investigation, we have found out the issue was caused by a cache update on December 26, 2019, which was designed to improve camera streaming quality. This has only happened in extremely rare conditions,” says Xiaomi in the statement. “In this case, it happened during the integration between Mi Home Security Camera Basic 1080p and the Google Home Hub with a display screen under poor network conditions,” they add.

Xiaomi confirms that they have identified 1044 users with these integrations with the Google Assistant and the Google Nest Hub smart displays, and believes that only a few with extremely poor network conditions might have been impacted. They also insist that this issue will not happen if the camera is linked to Xiaomi’s own Mi Home app (free for Android and iOS) which also shared a live feed from the smart security cameras.

Google has announced that they have snapped the Google Assistant access to Xiaomi Mi and Xiaomi Mijia line of smart security cameras. A Google spokesperson in an official statement to tech website Android Authority confirmed that they are “aware of the issue and are in contact with Xiaomi to work on a fix. In the meantime, we’re disabling Xiaomi integrations on our devices.” Xiaomi acknowledges that they have been working with Google. “Xiaomi has communicated and fixed this issue with Google, and has also suspended this service until the root cause has been completely solved, to ensure that such issues will not happen again,” they say. 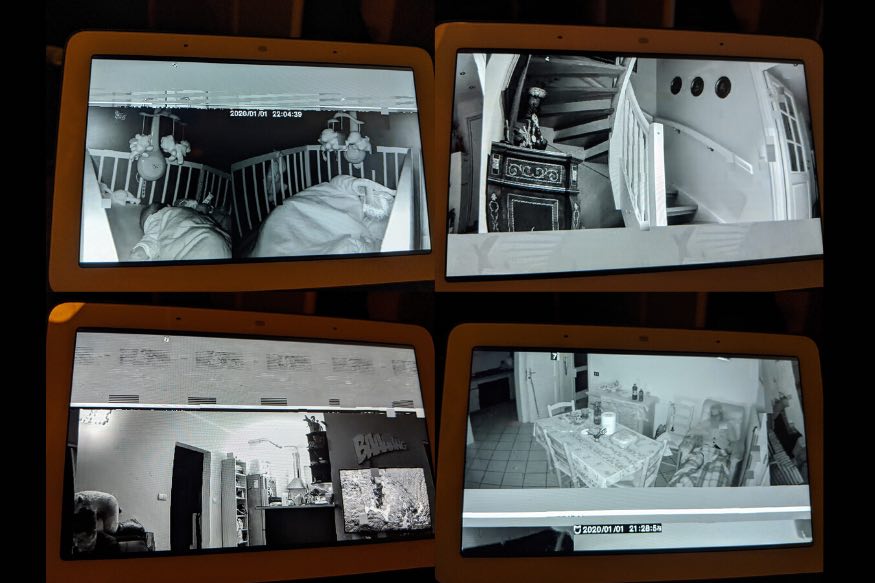 In his post on Reddit, /u/Dio-V had elaborated that when he attempted to load the live feed from the Xiaomi camera he had installed somewhere in his home, instead he got to see stills of the video feeds from other users who may have installed the Xiaomi line of smart cameras in their homes. The stills which he saw and then subsequently shared in his post show he had visuals from another home which showed a baby sleeping, somebody’s bedroom and another visual which gave a glimpse into the living room of another home where a man is believed to be sleeping.