Xiaomi has added a bunch of new products to its portfolio in India, including its next-gen Mi LED smart TVs and the latest fitness band — Mi Band 3. Apart from that, Xiaomi also announced a smart security camera, the Mi Security Camera 360 in India.

The Mi Band 3 comes with a 0.78-inch OLED display with rounded edges, and a depressed button in the bottom part of the display. Xiaomi has kept the heart-rate sensor in the band along with fitness and activity tracking that includes step counting, sleep monitoring and more. The new Mi Band 3 comes with a 110mAh battery with up to 20-day battery life (60 percent bigger than the on its predecessor), 0.78-inch OLED screen (85 percent larger than Mi Band 2), and delivers WhatsApp messages as well. The Mi Band 3 price in India has been set as Rs. 1,999, and goes on sale starting tomorrow at 12pm via Amazon.in and Mi.com. This is the fourth Mi fitness band of the company after Mi Band (2015), Mi Band 2 (2016) and Mi Band HRX Edition (2017).

Xiaomi has launched three TVs along with its new Mi Band 3. The three TVs includes a Mi TV 4C Pro with 32-inch screen, Mi TV 4A Pro with 49-inch screen, and the Mi TV 4 Pro with 55-inch screen. The three TVs are built on Android TV platform and have the Patchwall UI to learn user behaviour. alking about the common features of the new Xiaomi smart TVs, they all come equipped with Google Play Store to let you download and install apps and games. The TVs offer YouTube, Play Music and more built-in apps as well. They have built-in Chromecast support, and come with a Mi Remote that has a dedicated button for Google voice search. The Mi TV 4C Pro is priced at Rs 14,999, the Mi TV 4A Pro at Rs 29,999, and the Mi TV 4 Pro at Rs 49,999. The Mi TV 4C Pro, and 4A Pro will be going on sale on October 9 at 9:00PM via mi.com, and Amazon India while the Mi TV 4 Pro will be going on sale for the first time on October 10 at 12:00PM via mi.com, and Flipkart. All of these are introductory prices and will change after the first month of sales. Xiaomi has launched Mi Home security camera 360-degree in India for Rs 2,699 and will be available in India for the first time on October 10 on Mi.com, Amazon India, and Flipkart. The Mi Home Smart Security Camera features dual-motor pan/tilt heads which allows it to rotate smoothly and quietly for capturing 130-degree videos. The 2-megapixel lens equipped with WDR (wide dynamic range) can shoot 1080p quality images and videos at 20 fps with good clarity. Backlighting makes it possible for the camera to record with rich details. The Mi Home Smart Security Camera is compatible with Android 4.4 devices or above and iOS devices with iOS 9.0 or higher. The recorded videos and images can be viewed on a paired smartphone in real-time through the Mi Home app. Xiaomi has expanded its smart home product range with the launch of the Mi Purifier 2S, which is an update to the Air Purifier 2 launched last year. The device comes with OLED digital display, laser sensor and a 360 degree triple layer filter. The air purifier can be controlled via your phones through Mi App. Besides, the Mi Air Purifier 2S offer Amazon Alexa as well as Google Assistant integration for better control. The device offers a Clean Air Delivery Rate of 310 metre/hour. The accessory is capable of cleaning air in a room of the size of between 21-32 square metres. The purifier has a three-layer filter, which can pick up different particles like allergens, animal fur, formaldehyde, dust, pollen, and cigarette smoke from the Air. Xiaomi will hold its first sale on 28 September at 12 noon via Mi.com, Amazon.in as well as from Flipkart.

Xiaomi today has launched the Mi Luggage with scratch-resistant design in two sizes; 20 and 24. The Mi Luggage is made from scratch-resistant Bayer Makrolon polycarbonate which is the same material found in high-end automotive and sports equipment The smaller suitcase has been priced at Rs 2,999 whereas the bigger one comes at Rs 4,299. Both will go on sale on Amazon India, Flipkart, and Mi.com from October 10 at midnight. 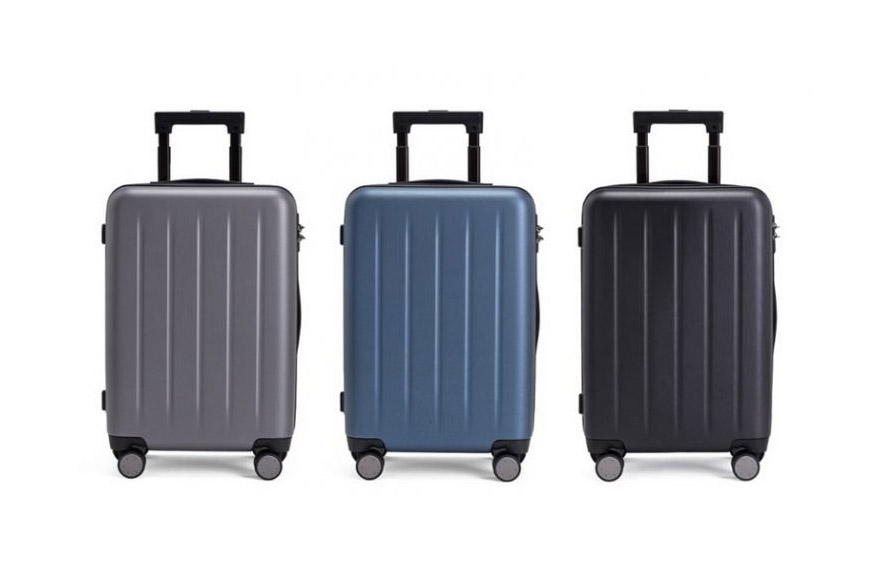