Xiaomi Mi 7 has been hinted at in a recent poster on Weibo. Representative Image. (Image: Xiaomi)

Xiaomi Mi 7 might be on the cards as an upcoming smartphone by Xiaomi.

After Xiaomi's recent launch of the Mi 6X in China, the company looks ready to bring yet another device in its home market. As per a recent poster on Weibo, Xiaomi might be launching the successor to its Mi 6 soon, and as can be guessed will name the device Mi 7. The poster also reveals a launch date of May 23 for the new Xiaomi smartphone. It is worth noting that the Xiaomi Mi 6, launched last year in China alongside the Mi Mix 2, did not make its way to India. Xiaomi instead, brought the Mi Mix 2 to India back in October last year.

Xiaomi, however, has not revealed anything about the upcoming smartphone to this date. As per reports on the Internet and guessing from the firepower on the Mi 6, the Mi 7 is expected to be powered by a Qualcomm Snapdragon 845 SoC and might carry an 8GB RAM. As per recent technological advancements by Xiaomi, the Mi 7 might also feature an in-display fingerprint sensor and an iPhone X like notch display. The device is expected to come with a 5.65-inches display with a Full HD+ resolution. It might sport a 16-megapixel dual camera setup at the back and might be backed by a 4,000 mAh battery. The Mi 7 might also feature 3D facial recognition and wireless charging support. 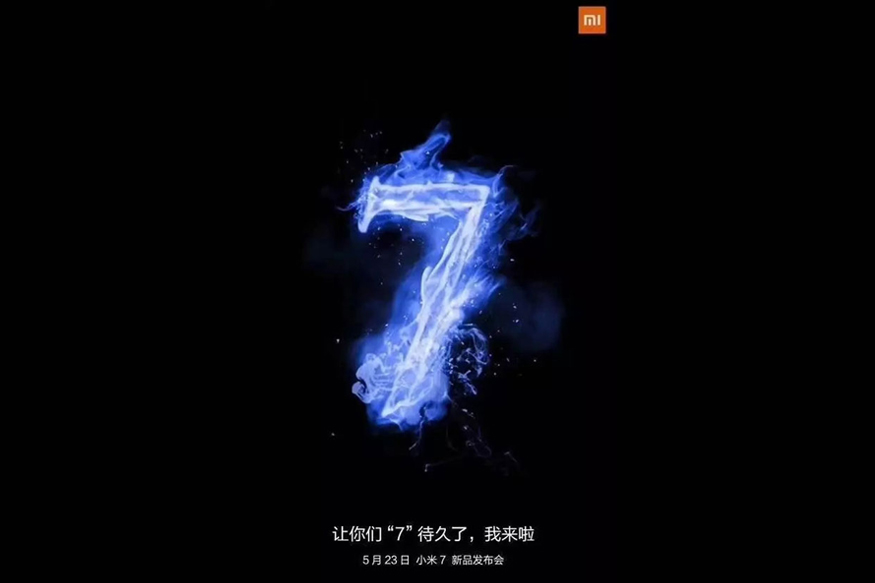 Recently, Xiaomi also launched a mid-range device in China as the Mi 6X. The latest smartphone by Xiaomi comes as the successor to its Mi 5X, which was introduced in India as the Mi A1. If Xiaomi follows its last year's launch pattern in India, the Mi 6X might also make its way to India as the Mi A2. If so, this would be the second smartphone offering by Xiaomi in India to sport a stock Android operating system.