Xiaomi has confirmed that the Mi Mix 2 will be coming to India as the company's latest flagship. Know all about the new bezel-less flagship by Xiaomi before its launch.

Earlier in September, Xiaomi announced its flagship device for the year 2017 in the form of the Mi Mix 2. It is not often that you come across a smartphone with a varied design than what is already being offered in the market. Samsung recently managed to score on this with its Galaxy S8 and the S8+. Now with the Mi Mix 2, Xiaomi looks to have come close to the mark as well. Xiaomi has apparently worked with French designer Philippe Starck for the design of the smartphone. In addition to this, the Chinese smartphone maker embedded the top-notch firepower in the device, covering most of the crucial elements of a flagship smartphone but not all. Read on to know what’s cool and what’s not about the new Mi Mix 2.

Though the Mi Mix 2 borrows its design heavily from its predecessor, the Mi Mix, a big difference among the two is the fact that the former one is coming to India. The Mi Mix was never really put up for sale in India by Xiaomi and so for the most of us, the design would still prove to be a fresh offering in the industry. The Mi Mix 2 carries a 5.99-inch Full-HD display embedded into an Aluminium Frame with a Ceramic back. The device is quite reflective, which also means more of fingerprints. For this and the overall protection of the smartphone, there is a plastic back cover that comes along with the device and is quite neat and sturdy. Bonus, it can also protect the prominent camera bump at the back from getting scratched.

The look-and-feel of the device is quite smooth, considering it is a near-6-inch display unit. Physical buttons and any other such elements that might hinder the space of the display have been removed from the front, while the selfie camera sits at the bottom bezel. The appeal of the display is further enhanced by a resolution of 1080x2160 pixels and provides optimum colours, contrast and brightness for an immersive experience. 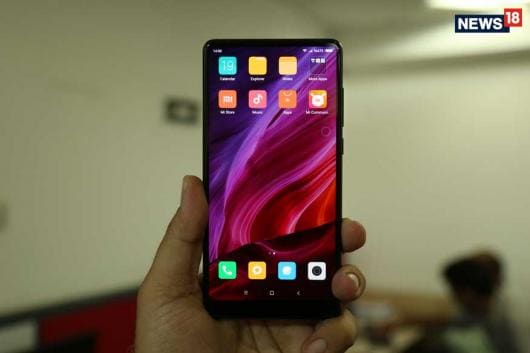 Like most flagships, the Mi Mix 2 carries finest specifications and hence, also delivers a powerful performance. It is quite fast to operate, owing to the Snapdragon 835 SoC coupled with a 6GB RAM and can handle heavy multi-tasking seamlessly. In our more than two weeks of use, the device has not shown any lags or any similar performance issues.

The Operating System on the smartphone uses Xiaomi’s own MIUI 9 skin on top of Android 7.1 Nougat. MIUI 9 is packed with some welcoming features, such as the split-screen functionality, which when used on such a large screen, also tends to make multi-tasking easier. Other features include customizable notifications, status bar and themes, dual apps, second space, call recordings, and other Mi features like Mi Drop or Mi Cloud Storage. The fingerprint sensor at the back is quick to respond, though it takes time to adjust to its positioning.

The Mi Mix 2 packs a 3400 mAh battery that easily lasts a day at a full charge. It comes with Qualcomm’s Quick Charge support and takes a noticeable time to charge. Though, the battery backup of the smartphone heavily fluctuates upon the kind of use it is put through, so it is advisable to close the background apps and other such battery consuming elements periodically.

The optics of the Mi Mix 2 are a bitter-sweet experience. As for the primary camera, it is a wonder as to why Xiaomi skipped a dual-lens camera for the device, considering the fact that almost all its competitors at its price point are offering the same. Still, the primary camera with its 12-megapixel lens manages to deliver good image and video quality. It also comes with features like Dual LED flash, Phase Detection AutoFocus, Handheld Twilight, Square Mode and more. The Handheld Twilights especially comes in handy in low-lighting conditions and can help you get the best out of the Mi Mix 2’s camera. 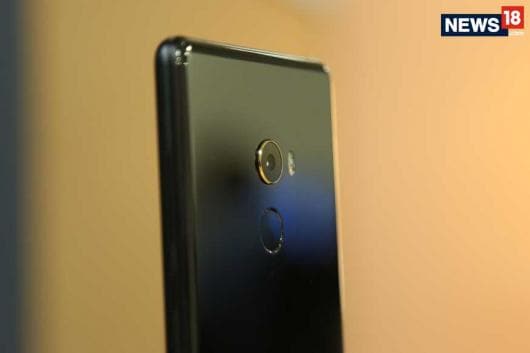 The selfie camera on the smartphone is disappointing though. It delivers kind of grainy images, which becomes even more evident upon zooming the image. And since the selfie shooter is placed at the bottom bezel, one has to rotate the device every time while clicking a selfie, in order to bring the camera to the ‘accustomed’ position, a tedious task for a selfie lover. Detail-less images at extra efforts, not a good combination. The selfie camera shockingly misses out on a front flash as well. Not even a screen flash is there to help in low-lighting conditions.

The device weighs 185 grams, which can be heavy to carry around with you all day and those not accustomed to a large screen smartphone can find it a bit tiresome. The audio output of the smartphone is impressive, while it loses out on a 3.5 mm audio jack. 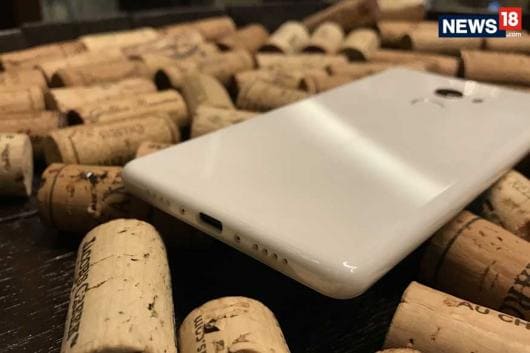 However, the big challenge for Xiaomi in India would be its competitors in the form of OnePlus 5, recently launched Nokia 8 and other similar smartphones, all of which come with their own sets of USPs and at a more-or-less similar price point. While the Mi Mix 2 is expected to come to India at a price point of more than Rs 30,000, the exact price tag would play a crucial role in defining the kind of response it is going to garner from smartphone enthusiasts across the country. Have any opinions on the smartphone before its launch? Let us know in the comments section below.