While replying to a fan's post on Facebook, the Xiaomi executive said the company decided against 5G to save costs for the end-user.

The Redmi Note 10 series that launched in India last week, comes with a slew of user-friendly and attractive features though the lineup lacks 5G support, unlike its mid-budget counterparts like Realme Narzo 30 Pro or OnePlus Nord. Xiaomi competitors like Realme, Vivo, and Oppo have also been teasing most of their upcoming devices with 5G capabilities even though the connectivity option remains unavailable in the country. Now, Xiaomi MD and Global VP Manu Kumar Jain has explained that why the company decided against to add 5G on the new Redmi Note 10 smartphones despite bringing the same support to other in-house mid-budget devices like Mi 10i. The Redmi Note 10 Pro Max, whose price in India starts at Rs 18,999 for the base 6GB + 64GB storage model, is the most affordable smartphone to feature a 108-megapixel camera, after Xiaomi’s Mi 10i, available in the country.

While replying to a fan’s post on Facebook, the Xiaomi executive said the company decided against 5G to save costs for the end-user. “Right now, there is no 5G network in India. Assuming that the auction happens later this year, it will take at least 2-3 years for 5G to come. By that time, you would have changed the phone. Why pay 4-5K extra for something that you will not use for 2-3 years?” Jain added. 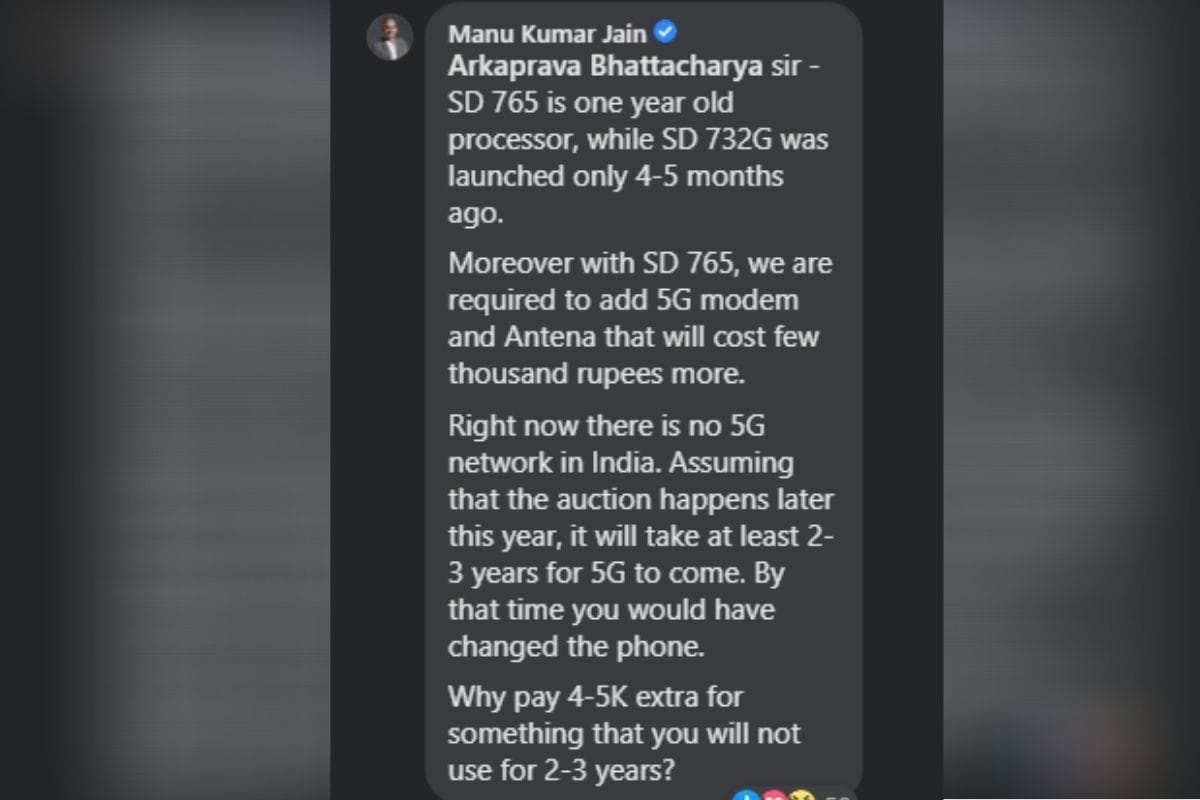 The decision to not add 5G support could also be due to avoid price wars amongst its own products. Both Xiaomi Mi 10i and Redmi Note 10 Pro Max feature a 108-megapixel primary rear camera, a 16-megapixel selfie shooter, and a large 6.67-inch display with up to 120Hz refresh rate. Both the phones also ship with Android 11-based MIUI 12 out of the box. The Mi 10i that supports 5G comes with a starting price tag of Rs 20,999 – Rs 2,000 costlier than the base storage model of Redmi Note 10 Pro Max.