The highlight of the Yunicorn is the 4000 mAh battery that is claimed to last for four full days on a single charge.

I wouldn’t fully agree to the claim, but I can say that the phone wouldn’t turn you off. The phone may have a good design, but it’s not original. Take a look at the back of the phone, and HTC is what would come to your mind. Featuring a brushed metal finish, the rear of the phone seems to be inspired by the HTC One M8’s design.

Encased in a metal unibody, the Yunicorn is easy to hold and grip, but it feels a little heavy in the hand. I wish it had been a little lighter in weight. Talking about the look and feel, the phone comes in three colours - Rush Silver, Graphite, and Rush Gold. While the first two are standard colour options, the third one is a limited edition version.

Featuring dual-SIM (4G) capabilities, the phone has a hybrid SIM slot. In other words, it either supports two nano SIM cards or one nano SIM card and a microSD card. It’s not difficult to accommodate three slots in one tray - one for microSD and two for SIMs. For instance, the Moto X Play lets you use two SIM card along with a microSD card. I personally don’t like the concept of a hybrid SIM slot. 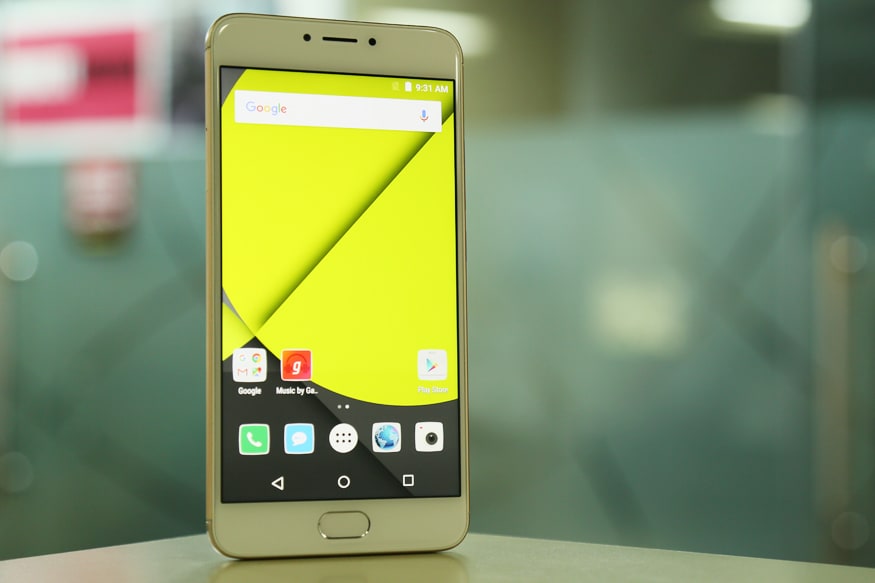 The highlight of the Yunicorn is the 4000 mAh battery that is claimed to last for four full days on a single charge. We, however, are yet to verify this claim. And therefore, we can neither vouch for it nor rebuff it outrightly. We though have our own reservations about it given that we have already tested phones with powerful batteries in the past.

Coming to the cameras, both the 13 megapixel rear camera and the 5 megapixel front shooter didn’t disappoint us in the little time spent with them. Both the cameras capture good amount of light and produce true-to-life colours. But how well they go on to impress is something that can be ascertained after putting them to use in different environments and situations.

The fingerprint sensor at the front is in line with the company’s claims. The phone immediately gets unlocked as you place the finger over the sensor. The sensor is effective - both in terms of speed and accuracy.

The 5.5-inch full HD display on the phone is good to look at. It not only generates good colours but is also smooth to navigate.

With the Yunicorn, the company has managed to offer close to the native Android experience, which means it is devoid of bloatware that eventually slows down phones. The Yunicorn runs Android Lollipop-based Android On Steroids (AOS) - a name Yu has given to its new OS. As the company describes, AOS brings some more features over the stock Android. These extra features include quick music toggles, vertical app drawer, monochrome mode, and an integrated search bar. We would like to use the phone for a little longer to ascertain what value these features add to the experience.

For the Yunicorn, Yu has also partnered with MiMedia to give unlimited storage through its cloud.

At its heart is an octa-core MediaTek Helio P10 processor coupled with 4 GB of RAM. Only the real world tests can reveal the true performance.

The Yu Yunicorn is priced at Rs 13,499, but will be available at an introductory price of Rs 12,999 for one month. It will first be available via Flipkart before it goes on sale in retail stores.

Wait for our full review to know where it stands against contenders including the ZUK Z1, Moto G4 Plus and the Redmi Note 3.