Are Sonakshi Sinha and Shahid Kapoor trying too hard to be reality show judges?

Breaking into a gig, shedding a tear, dancing with the contestants, making banal comments -- these have been the basic tricks followed by reality show judges on Indian television.

Breaking into a gig, shedding a tear, dancing with the contestants, making banal comments -- these have been the basic tricks followed by reality show judges on Indian television. Ironically, Bollywood stars Sonakshi Sinha and Shahid Kapoor are no different. Star judges have been the most important aspect of Indian reality shows. Amitabh Bachchan was the sole reason for the unprecedented success of ‘Kaun Banega Crorepati’ in 2000. The show’s success had, in turn, helped Big B to revive his career, which had almost faded away. Big B is the most seasoned anchor who plays the role of a friend, philosopher and guide on the show, till date. Shah Rukh Khan’s wits and spontaneity has been well-known. He has mesmerised his fans with his star power and spunk on ‘Kaun Banega Crorepati 3’, ‘Kya Aap Paanchvi Paas se Tez hai?’, ‘Jor Ka Jhatka-Total WipeOut’ and more recently ‘India Poochega-Sabse Shana Kaun?’ The biggest attraction of these shows has been SRK. Salman Khan set the ball rolling with ‘Dus Ka Dum’, which displayed his distinct humour. He went on to become the most popular host of ‘Bigg Boss’, who ably pulled up the errant contestants and became a part of controversial news associated with the show. Akshay Kumar too made an impact based on his image as ‘action hero’, with ‘Khatron Ke Khiladi’. He showed his remarkable dancing ability in ‘Dare 2 Dance’, which merged dance with daring stunts. In a scenario, where audience anxiously await arrival of stars on TV shows, Sonakshi and Shahid made a debut appearance on the small screen. Shahid Kapoor replaced Madhuri Dixit in ‘Jhalak Dikhhla Jaa Reloaded’ and Sonakshi Sinha appeared as the judge of ‘Indian Idol Junior 2’. The debut of the two stars as television judges was largely an attempt by the channels to boost their ratings. Sonakshi and Shahid were successful in bringing in the right amount of novelty initially but have not been able to bring in any path-breaking changes. They can be slotted in the category of celebrity judges such as Sonali Bendre, Malaika Arora Khan or Shilpa Shetty, who are best remembered for the glam-factor. 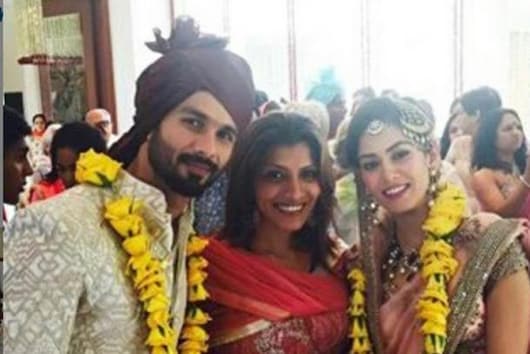 Shahid’s entry in the show was anxiously awaited by his large fan base, who were eager to see the new groom who had an extravagant wedding with Mira Rajput.

Given the format of the Indian reality shows, both the actors have evidently fallen into the trap. The clichés associated with reality show judges is right in the place. Shahid shed tears in the opening episode of ‘JDJ’ after watching the performance of Subhreet Kaur Ghumman, one-legged dancer from Punjab. “I didn’t think I would ever do it on a reality show,” said Shahid. Sonakshi could not hold back her tears, listening to the soulful renditions ‘Meri Maa’ from Taare Zameen Par, by a young contestant Nahid.

Looking resplendent in each episode, Sonakshi has performed on all the hit numbers from her films. Shahid, however is a bit restraint when it comes to oozing his energy on the dance floor. 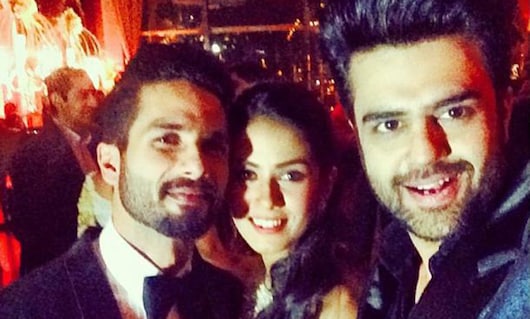 Shahid’s fan expected him to show his prowess as dancer; but the dancing lessons on the show are largely given by ABCD actress Lauren Gottlieb. Manish Paul keeps audience engaged with his hackneyed jokes. But, there is more in store, Shahid will soon appear with his new bride Meera. So, get ready for ‘Jhalak…’.