Cyclone 'Amphan', the strongest to hit the region in nearly two decades, made a landfall on Wednesday evening. It was the most powerful storm since cyclone 'Sidr' killed nearly 3,500 people in 2007.

Cyclone 'Amphan', the strongest to hit the region in nearly two decades, made a landfall on Wednesday evening. It was the most powerful storm since cyclone 'Sidr' killed nearly 3,500 people in 2007.

"From our initial report we can say 10 people were killed in the cyclone," said Ayesha Akhtar, spokeswoman of the health ministry's control room. 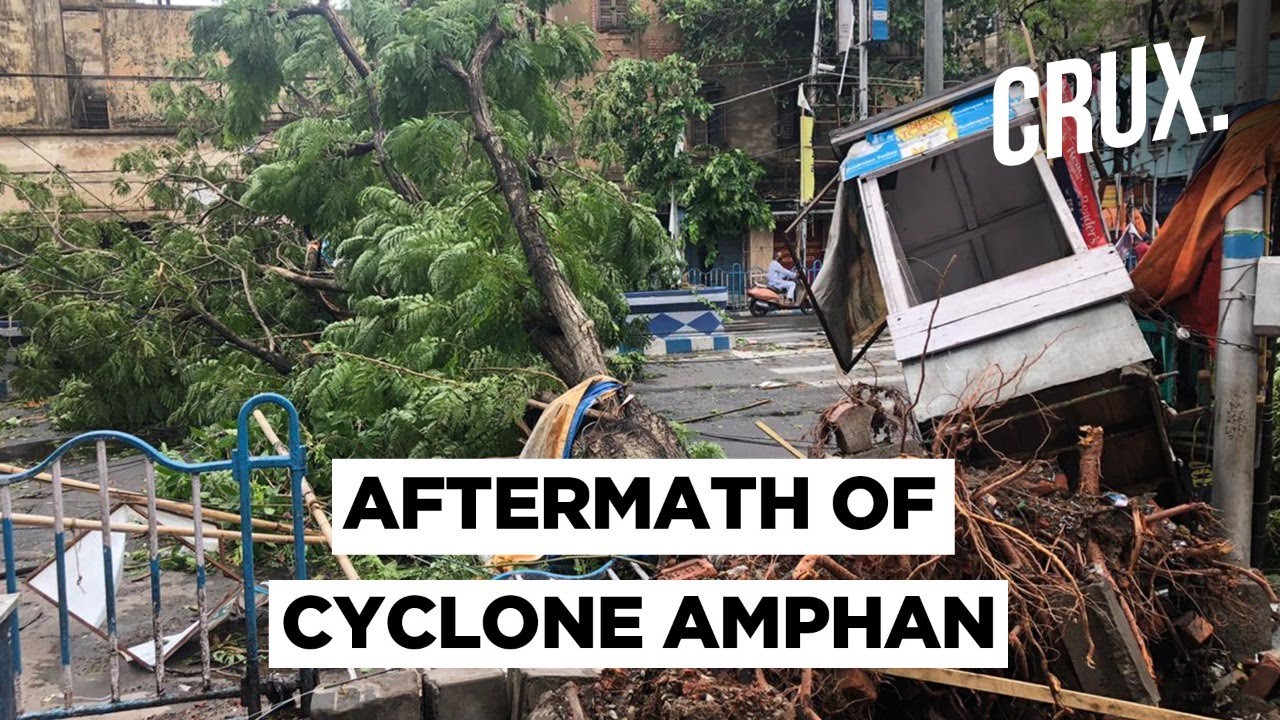 Akhtar said officials in the coastlines so far could confirm identities of six of the deceased while a process was underway to assess the medical requirements and other details in the affected area.

Initial reports from the coastlines suggested most of the deaths were caused by accidents like trees falling on people and wall collapse. A Red Crescent volunteer drowned during an evacuation bid.

A boat carrying CPP volunteers, including Alam, sank in the Hafez Pedar canal on Wednesday morning after being hit by the storm, the report said.

Many low-lying areas were inundated, embankments collapsed, trees uprooted and houses damaged by the cyclone in the coastal districts of Bangladesh, the Dhaka Tribune reported.

Cyclone Amphan has turned into a land depression, bdnews24.com reported.

The cyclone is likely to move further in a north-northeasterly direction and weaken gradually, the Bangladesh Meteorological Department was quoted as saying by the report.

At least seven persons were killed in the Barguna, Satkhira, Pirojpur, Bhola and Patuakhali districts, the Dhaka Tribune reported.

In Bhola, two persons were killed during the stormy weather caused by the cyclonic storm. In Patuakhali, a six-year-old boy died after being hit by a falling tree branch.

In Jessore district, a 45-year-old woman and her 13-year-old daughter died after a tree fell on their house.

The cyclone brought with it heavy downpour as predicted while most parts of Khulna region were severely battered by tidal surges and very heavy showers, they said.

On Wednesday, the cyclone made landfall at 2.30 pm between Digha in West Bengal and and Hatiya island in Bangladesh, flattening fragile dwellings, uprooting trees and electric poles.

The cyclone 'Amphan' started crossing the Bangladesh coast around 5pm on Wednesday packing a wind speed of around 160 to 180kph rising to 200kph within 80km of its centre, meteorologist Abdul Mannan said.

Officials believe that the world's largest mangrove forest, shared both by India and Bangladesh, Sundarbans absorbed the major impact of the killer storm when many wild animals might have been killed alongside uprooting of trees.

Bangladesh had shifted over 20 lakh people to storm shelters and deployed the military to deal with the powerful cyclone.

Leading global storm tracker AccuWeather on Tuesday described Amphan as the first super cyclone in the Bay of Bengal since 1999.