The court also ordered that Saeed's properties be confiscated, according to a report.

An anti-terrorism court in Pakistan on Thursday sentenced Jamat-ud-Dawa head Hafiz Saeed, along with three others, to 10-year imprisonment in an illegal funding case. The court also ordered that Saeed's properties be confiscated.

Mumbai terror attack mastermind Saeed, a UN designated terrorist on whom the US has placed a $10 million bounty, was arrested on July 17 last year in two terror financing cases. He was sentenced to 11 years in jail by an anti-terrorism court in February in them. He is lodged at the Lahore's high-security Kot Lakhpat jail.

"The Anti-Terrorism Court (ATC) of Lahore on Thursday sentenced four leaders of Jamat-ud-Dawa, including its chief Hafiz Saeed, in two more cases," said a court official. 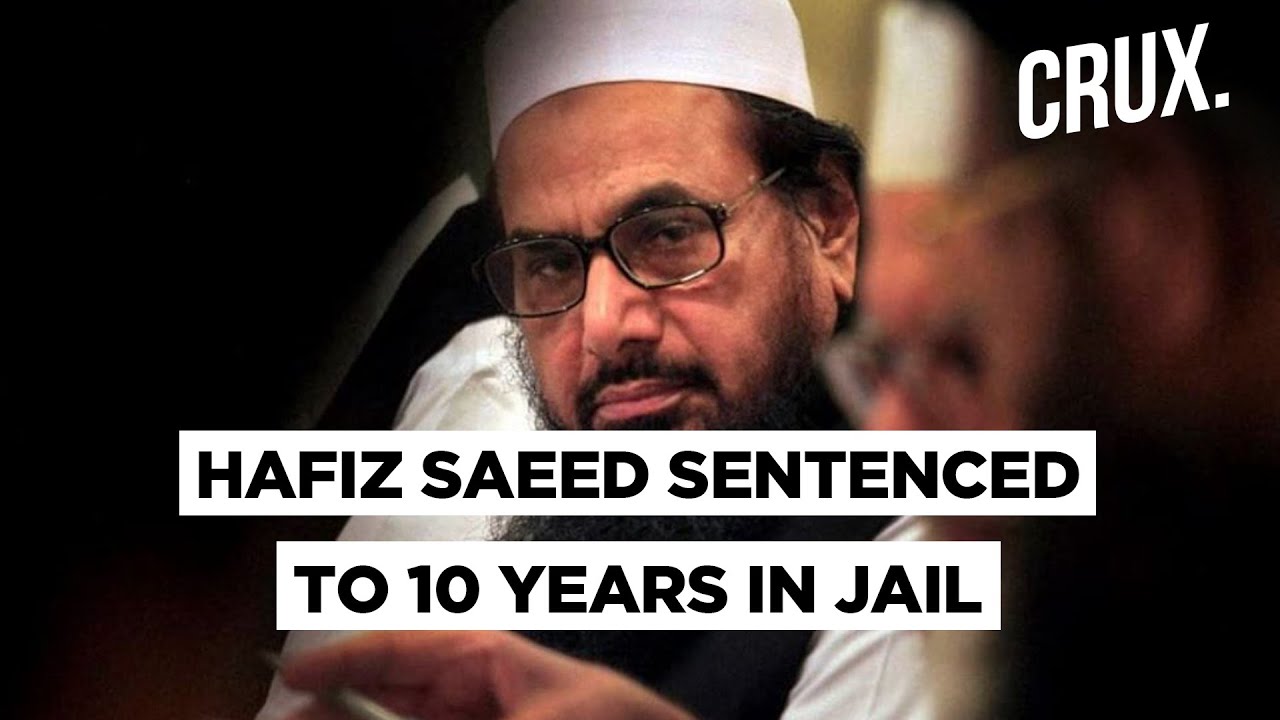 Saeed and his two close aides - Zafar Iqbal and Yahya Mujahid - have been sentenced to 10 and a half years each, while JuD chief's brother-in-law Abdul Rehman Makki was sentenced to six months imprisonment. "Judge Arshad Hussain Bhutta of ATC Court No. 1 heard the case No. 16/19 and 25/19 filed by Counter Terrorism Department in which the verdict has been announced after the statements of witnesses were cross-examined by Naseeruddin Nayyar and Mohammad Imran Fazal Gul Advocate," the official said.

A total of 41 cases have been registered by the CTD against the JuD leaders, out of which 24 have been decided while the rest are pending in the ATC courts. Four cases have been decided against Saeed so far. Saeed-led JuD is the front organisation for the Lashkar-e-Toiba (LeT) which is responsible for carrying out the 2008 Mumbai attack that killed 166 people, including six Americans. The US Department of the Treasury has designated Saeed as a Specially Designated Global Terrorist. He was listed under the UN Security Council Resolution 1267 in December 2008.