'Agricultural Bioterrorism': US Warns Against Planting Unsolicited Seeds from China

At least eight US states have also told residents in recent days not to put the seeds in the ground, after they arrived apparently from China in the mailboxes of people who did not order them.

The US Department of Agriculture on Monday warned residents against planting unsolicited packages of seeds arriving from China because they could harm the environment.

At least eight states, from Washington to Ohio, have also told residents in recent days not to put the seeds in the ground, after they arrived apparently from China in the mailboxes of people who did not order them. Officials said the seeds could be invasive species that could threaten crops or livestock.

"At this point in time we don't have enough information to know if this is a hoax, a prank, an internet scam or an act of agricultural bioterrorism," Ryan Quarles, Kentucky's agriculture commissioner, said in a video posted on the department's website.

Photos of packages that state agriculture departments posted on social media show seeds of different sizes, shapes and colors that arrived in white or yellow envelopes. State officials said some packages were labeled as jewelry and may have contained Chinese writing. 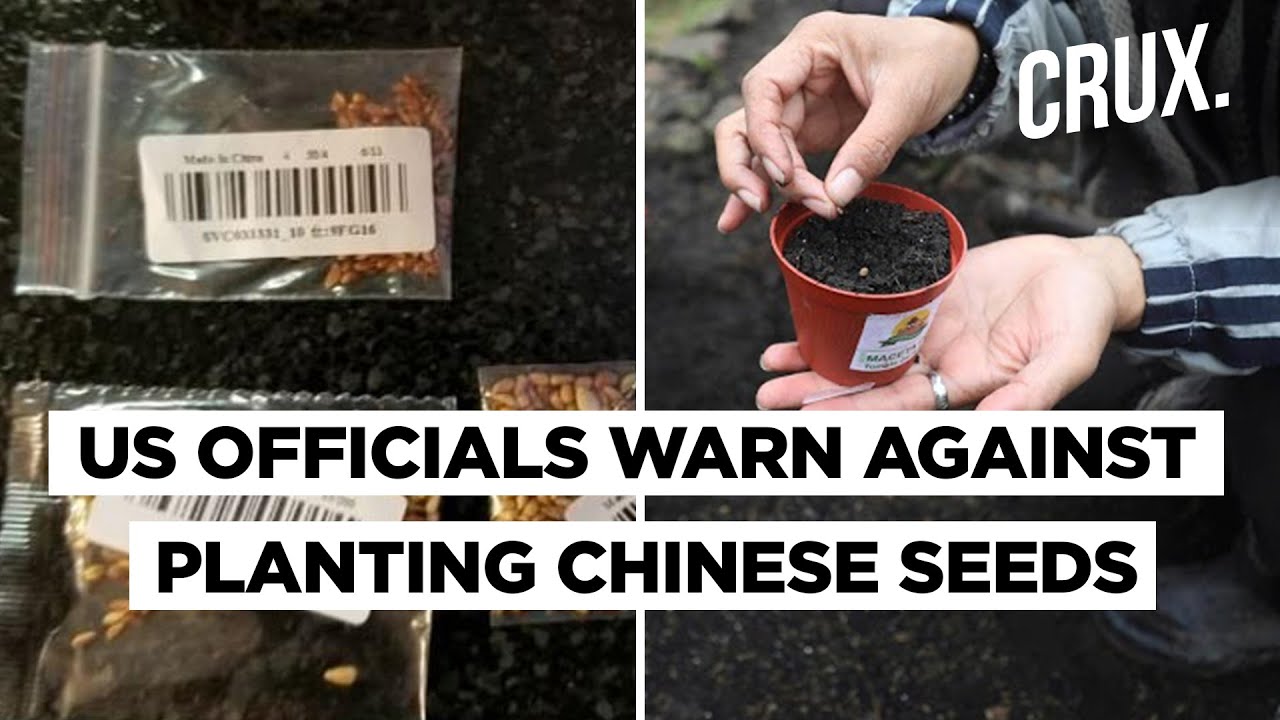 Records on the packages appear to have been falsified, according to checks by China's postal service, which has asked for them to be sent to China for investigation, he said, speaking at a daily news briefing.

The USDA said it is "aware that people across the country have received unsolicited packages of seed from China in recent days." The agency is working with the Department of Homeland Security and states to protect U.S. agriculture and prevent the unlawful entry of prohibited seeds, according to a statement.

State officials have asked recipients to secure the seeds in sealed plastic bags until they are picked up by authorities.

Police in Whitehouse, Ohio, said it appears the seeds are tied with a scam in which vendors ship inexpensive products to unwitting receivers and then submit positive reviews on e-commerce websites on the receiver's behalf.

"Although not directly dangerous, we would still prefer that people contact us to properly dispose of the seeds," the police said on Facebook.

The Washington State Department of Agriculture said on Facebook that the shipments are "agricultural smuggling." It asked recipients to save them for the USDA because "they may be needed as evidence."