Indian Ambassador to the United States, Arun Kumar Singh, an inspiring leader and supporter of AIF's mission to help disadvantaged Indians through opportunity and hope, was the keynote speaker of the gala and Javed Akhtar, renowned film writer, lyricist and poet was honored at the event.

"The American India Foundation is steering relations between the world's largest democracy and the world’s most powerful democracy. Thank you for the great work you have done towards supporting important social causes in India," said Arun Kumar Singh.

The Ambassador addressed current development challenges in India and the solutions being implemented across the country, including initiatives to revitalize the economy through entrepreneurship and start-ups. He highlighted the crucial contribution of AIF's initiatives in female literacy and empowerment to this national economic effort. "The effort of the government has to be supplemented by what civil society and people like you are able to do," he said. Javed Akhtar praised the involvement and contribution of the American Indian community in strengthening villages and small towns in India. Referring to the American Indian community, Akhtar said "What is wonderful about you is that you have not forgotten your connect to India. You have not forgotten your roots. India is proud of you." He marveled at the community's strong connection with India as he said: “Somebody once said, 'you can take the boy out of the town but it’s a lot more difficult to take the town out of the boy.' The town is alive in you." 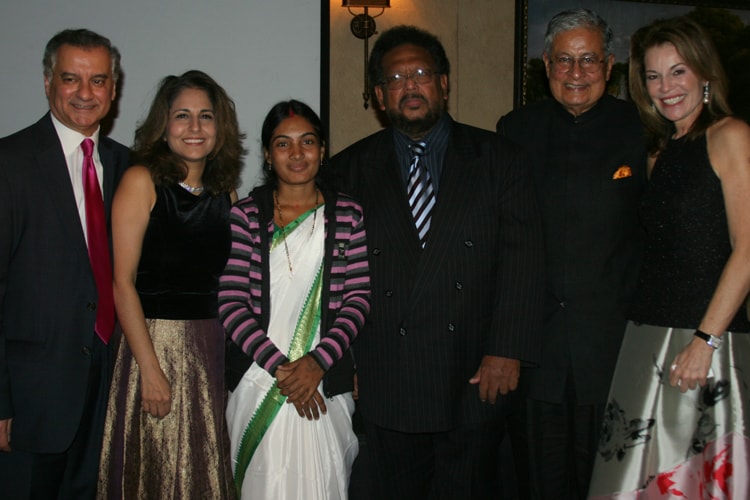 Venkatesh Raghavendra, Senior Director or AIF and key architect of the DC Gala, said, "AIF is very proud of the fact that the young leaders of the greater Washington DC area, have taken ownership of the AIF’s cause. This augurs well for the future of AIF."

Nearly Rs1.3 crores were raised from the sponsors, donations, and from this year’s gala pledge drive and silent auction. The gala raised funds for AIF’s Maternal and Newborn Survival Initiative (MANSI), which is designed to reduce maternal and child mortality in rural, impoverished areas of India. This year's gala featured Mamta Mahato, a 26-year old health worker from Jharkhand, India. She shared that skills training from AIF’s MANSI program has enabled her to safely deliver over 90 healthy newborns in her village.

Actor, Omi Vaidya, best known for his starring role in the Bollywood blockbuster film, Three Idiots, presided over the evening as master of ceremonies. The evening featured musical and dance performances from local DC artists: Sargam and Rhythmaya Dance.

The gala was organized by the AIF Young Professionals Leadership Council of Washington DC and made possible thanks to the generosity and support of the Federation of Indian Chambers of Commerce and Industry (FICCI), the US-India Business Council, and AIF’s Knowledge Partner, the Georgetown University School of Foreign Service.