Vijay Sethupathi as Muttiah Muralitharan in poster of biopic '800'.

According to some local analysts, local Tamils are not comfortable with the fact that an Indian Tamil or a hill country Tamil is the most famous Tamil Cricketer in the World. The same resentment is now being manifested in their strident opposition to Murali biopic.

Muttiah Muralitharan is not new to controversies. He was baptized by fire. When he made debut for Sri Lanka, his bowling action was termed suspect and he was almost dismissed from the World Cricket arena. With sheer grit and determination, he faced all that and made it very big. His “doosra” is now part of the World Cricket. Arjuna Ranatunga, the 1996 World Cup winning captain who has the distinction of leading the island nation for over a decade backed him fully to make Murali the legend he is today.

In last November, there was a proposal to make Murali, the governor of Tamil majority Northern Province. The protests erupted immediately, accusing him of whitewashing the genocide of Tamil people during the Eelam war, claiming that there were no atrocities. The idea of Governor Murali was given a quiet burial to keep Sri Lankan Tamils happy.

The current controversy over Murali biopic – '800' and the ace Tamil actor Vijay Sethupathi’s decision to pull out of it is not a straight forward one. Those who know and understand Sri Lanka are aware of the fact that the whole issue is complicated.

Murali is an Indian Tamil. They are also called Malayaha Tamils and most Indian Tamils no longer interested in calling themselves Indian Tamils. “Malayaha” means hill country and these Tamils live and work in the tea plantations of Sri Lanka’s breathtakingly beautiful highlands. 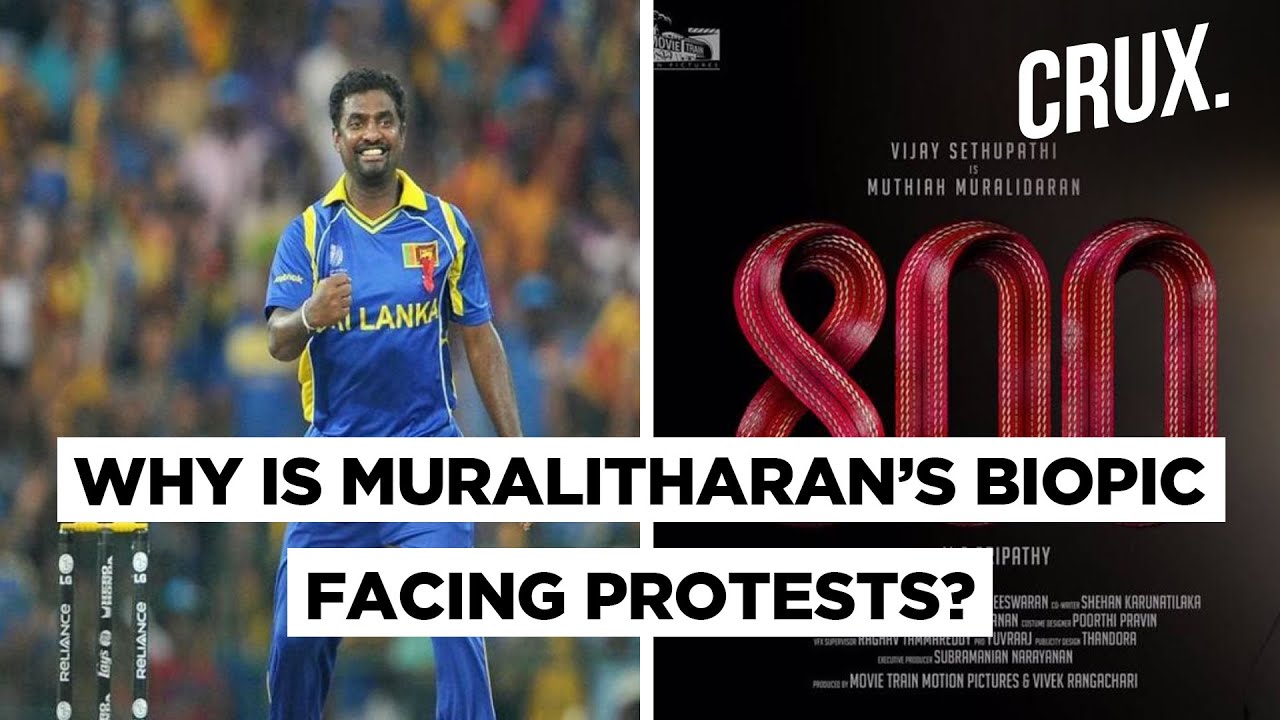 There are two kinds of Tamils in Sri Lanka. The Sri Lankan Tamils and Indian Tamils. Sri Lankan Tamils, who mainly live in the North and East are considered the natives. Indian Tamils are indentured labourers who were brought from today’s Tamil Nadu to then British colony Ceylon to work in the Coffee and Tea estates in the 19th and early 20th century.

To escape from the object poverty back home, mostly lower class and caste Tamils boarded ships to work in Sri Lanka on the other side. Their story is heartbreaking. They endured unspeakable misery. Many perished on their way to hills. When Sri Lanka got Independence from the United Kingdom in 1948, these Indian Tamils became stateless as the Independent Ceylon refused to give them citizenship. The Sri Lankan Tamils who were better educated, relatively well off and had political clout turned a blind eye to the misery of their own fellow Tamils.

According to some modern historians, hill country Tamils were not an issue for both the Sinhalese Buddhist and Sri Lankan Tamils.

In a strictly hierarchical, casteist society, plantation Tamils were looked down upon. With no education, no money and no citizenship, Indian Tamils endured the worst. In the 1960s, half of them were forcibly sent back to India under Lal Bahadur Shastri–Sirimavo Bandaranaike pact. They were put on a ship and sent back to their ancestral place like sheep.

All these stateless Tamils finally got Sri Lankan citizenship under the President Chandrika Bandaranaike Kumarathunga only in the year 2000. Indian Tamils Leaders like Saumiyamurthy Thondaman, who made it possible by lobbying with the Sri Lankan government.

Muttiah Muralitharan was born in the central hills of Sri Lanka during that turbulent period. His parents were not poor compared to others. But, their factory was ransacked and set on fire twice by a Sinhalese mob. They had to rebuild their lives many times. The child and a teenager Murali has seen it all.

According to some local analysts, local Tamils are not comfortable with the fact that an Indian Tamil or a hill country Tamil is the most famous Tamil Cricketer in the World. The same resentment is now being manifested in their strident opposition to Murali biopic.

Veteran journalist RK Radhakrishnan, who has covered Sri Lanka for “The Hindu” newspaper in a tweet has taken on them. “Let me say this again. The northern Tamils in Sri Lanka NEVER considered plantation Tamils even as human beings. The northern Tamils, who come on TV shows from London, Paris and Toronto, can never accept that a plantation Tamil (Murali) actually is the most popular Tamil in the World”, he tweeted.

Sri Lanka’s famous Cricket writer Andrew Fidel Fernando, in an evocatively beautiful long essay “Growing Up With Murali” writes “Murali's shoulder practically popped out of its joint with each delivery. His wrist warped space-time. But it is possible that on his journey from that shaken 23-year-old at the MCG to industrial-scale destroyer of batting orders, no attribute has served him better than the steel in his spine.

Murali was five when, in 1977, his father was assaulted by an anti-Tamil mob and the family's biscuit factory burned to its foundations in a pogrom. The Sinhalese assailants had not cared that the family hailed from arguably the most deprived community on the island - the central hill-country Tamils, who were lured over from South India by British colonists to live and labour in tea estates, in abysmal conditions. The assailants hadn't minded that the rebels then forming a ruthless separatist outfit mostly comprised northern and eastern Tamils, who generally condescended to their hill-country counterparts for their lower caste status, relative poverty, and the recency of their arrival”.

This paragraph sums up everything. It explains the “Trishanku” status of plantation Tamils in Sri Lanka, who have gifted Murali to the nation.