At Historic White House Event, UAE and Bahrain to Move Toward Normal Ties With Israel

The United Arab Emirates and Bahrain on Tuesday will become the latest Arab states to break a longstanding taboo when they sign agreements toward normalizing relations with Israel in a strategic realignment of Middle Eastern countries against Iran.

The United Arab Emirates and Bahrain on Tuesday will become the latest Arab states to break a longstanding taboo when they sign agreements toward normalizing relations with Israel in a strategic realignment of Middle Eastern countries against Iran.

US President Donald Trump will host the White House ceremony at noon EDT (1600 GMT), capping a dramatic month when first the UAE and then Bahrain agreed to reverse decades of ill will without a resolution of Israel’s decades-old dispute with the Palestinians. 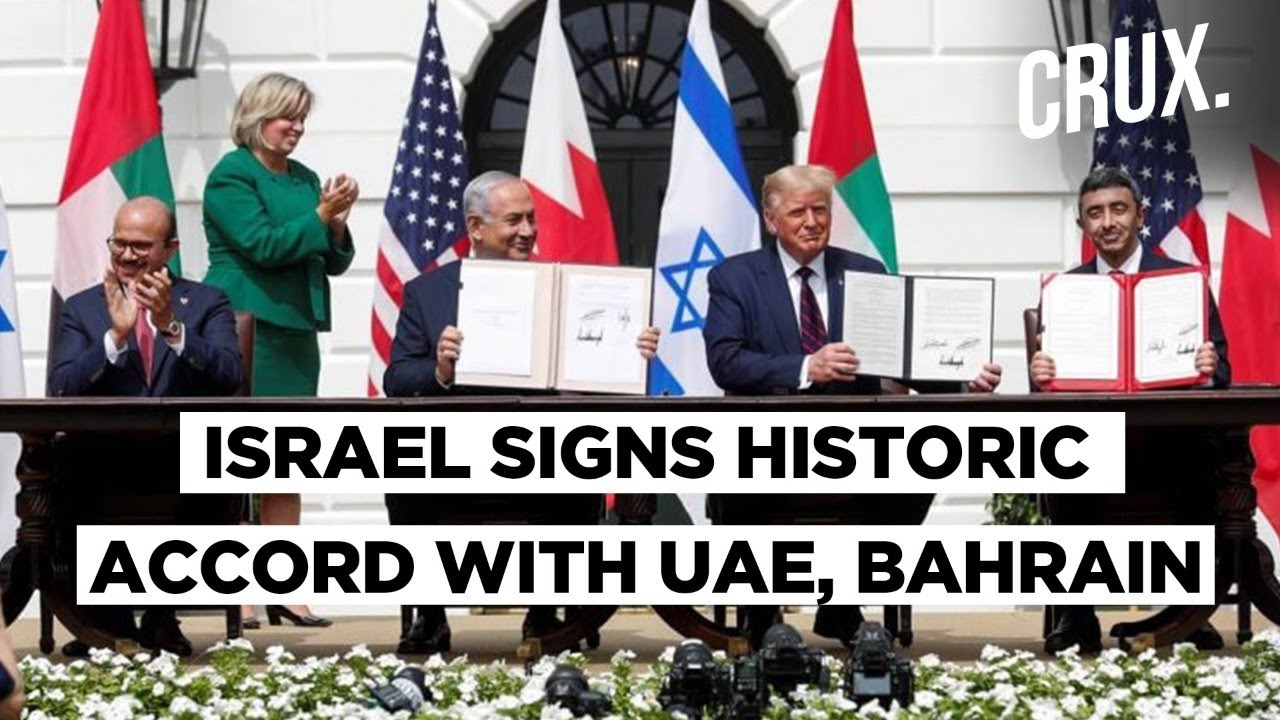 The deals make them the third and fourth Arab states to take such steps to normalize ties since Israel signed peace treaties with Egypt in 1979 and Jordan in 1994.

The back-to-back agreements, which have drawn bitter condemnation from the Palestinians, mark an improbable diplomatic victory for Trump. He has spent his presidency forecasting deals on such intractable problems as North Korea’s nuclear program only to find actual achievements elusive.

Trump is up for re-election on Nov. 3 and the accords could help him shore up support among pro-Israel Christian evangelical voters, an important part of his political base.

Bringing Israel, the UAE and Bahrain together reflects their shared concern about Iran’s rising influence in the region and development of ballistic missiles. Iran has been critical of both deals.

“Instead of focusing on past conflicts, people are now focused on creating a vibrant future filled with endless possibilities,” White House senior adviser Jared Kushner said in a statement late on Monday. Kushner helped negotiate the agreements and is trying to persuade more Gulf countries to strike similar accords with Israel.

One target of White House appeals is Oman, whose leader spoke with Trump last week.

Another is Saudi Arabia, the biggest Gulf Arab power. So far the Saudis, whose king is custodian of Islam’s holiest sites and rules the world’s largest oil exporter, have signaled they are not ready.

Although a diplomatic win for Netanyahu, the signing ceremony takes place while he faces criticism at home of his handling of the coronavirus pandemic and a corruption trial on charges of bribery, fraud and breach of trust that has led to frequent street protests.

Netanyahu denies any wrongdoing and describes his trial as a leftist political witch-hunt aimed at unseating a popular right-wing leader.

Netanyahu signaled on Monday that Israel’s deals with the two Gulf Arab states may still be works in progress.

A senior Trump administration official said that the documents were complete or nearly finished, that Israel would sign separate agreements with each of the Gulf states and that then the United States would join all three in signing a common document known as the Abraham Accords. But the official declined to provide specifics.

In a nod to the coronavirus that has hit the United States and the world, the White House is encouraging but not requiring the participants to wear masks. Though the mood of the ceremony is expected to be warm, it will be up to the leaders whether they want to shake hands, the official told reporters.

Frustrated by the Palestinians’ refusal to take part in Trump’s Middle East peace initiative, the White House has sought to bypass them in hopes they will see the deals with the UAE and Bahrain as incentives, even leverage, for peace talks.

The accords have left the Palestinians feeling abandoned by some of their closest traditional Arab allies.

The Palestinian leadership, which has long accused Trump of pro-Israel bias, has denounced the Arab rapprochement with Israel as a betrayal of their cause, even though Netanyahu agreed, in return for normalization with the UAE, to suspend a plan to annex parts of the occupied West Bank.

Palestinians view the new agreements as weakening a longstanding pan-Arab position that calls for Israeli withdrawal from occupied territory and acceptance of Palestinian statehood in return for normal relations with Arab countries. Though negotiations between Israel and the Palestinians last broke down in 2014, some Gulf Arab states and several other Arab countries have long had quiet, informal contacts with Israel.