In this file photo, US President Donald Trump adjusts the microphone after he announced Judge Amy Coney Barrett as his nominee to the Supreme Court, in the Rose Garden at the White House, Saturday, Sept. 26, 2020, in Washington. (AP Photo/Alex Brandon)

The deeply divided chamber voted 52 to 48, largely along party lines in the Republican-controlled Senate, making Barrett the third Trump nominee to reach the high court and cementing a six-to-three conservative majority.

Trump hailed his nominee Barrett's confirmation to the Supreme Court as "a momentous day for America," in a ceremony coming just eight days before the presidential election.

"This is a momentous day for America, for the United States Constitution and for the fair and impartial rule of law," the president, standing alongside Barrett, said before beaming lawmakers and others who had gathered on the South Lawn of the White House. 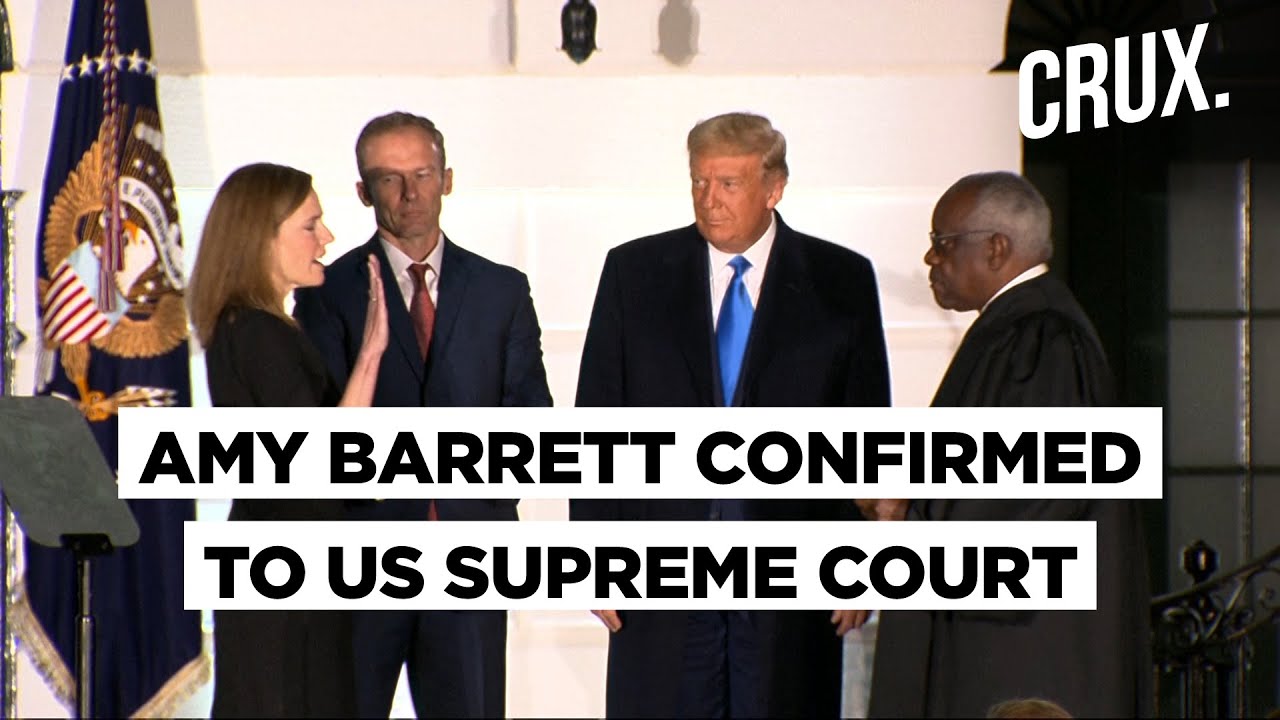 The deeply divided chamber voted 52 to 48, largely along party lines in the Republican-controlled Senate, making Barrett the third Trump nominee to reach the high court and cementing a six-to-three conservative majority.

Republican lawmakers broke into applause as the tally was read out, and the White House is also expected to celebrate the confirmation in the final run-up to the November 3 election, in which more than 60 million Americans have already voted.

Immediately after the vote the White House announced that Trump would attend a "swearing-in ceremony" for Barrett on the mansion's South Lawn, where she will take an oath to uphold the US Constitution.

Chief Justice John Roberts will administer the judicial oath on Tuesday at the Supreme Court, formally inaugurating her term on the bench.

The process to nominate and confirm Barrett was among the most contentious in memory, coming as it did so close to a presidential election.

Democrats have argued that Republicans hypocritically backed Barrett's nomination just 38 days before the election, despite refusing to hold hearings for Barack Obama's nominee in 2016 after he nominated Merrick Garland to fill a vacant seat a full eight months before that year's vote.

"You may win this vote.... But you will never ever get your credibility back," Senate Minority Leader Chuck Schumer, addressing his Republican colleagues, said in a withering floor speech.

"In the process, you will speed the precipitous decline of faith in our institutions, our politics, the Senate and the Supreme Court," he added. "You will give an already divided nation a fresh outrage."

While Democrats warn that Barrett could vote to gut the Affordable Care Act and perhaps overturn the landmark 1973 decision protecting abortion rights, Senate Majority Leader Mitch McConnell said she had shown a "total and complete commitment to impartiality."

"You can't win 'em all," he said to Democrats, "and elections have consequences."