Beijing District in 'Wartime Emergency Mode' After Fresh Virus Cluster in Market, Some Areas Locked Down

Security guards wearing face masks stand outside the Jingshen seafood market which has been closed for business after new coronavirus infections were detected, in Beijing. (Reuters)

Throat swabs from 45 people, out of 517 tested at the district's Xinfadi market, have tested positive for the new coronavirus.

A Beijing district official said on Saturday the district was in "wartime emergency mode" following a spike in novel coronavirus cases centered around a major wholesale market there.

Chu Junwei, an official of Beijing's Fengtai district, said at a briefing that throat swabs from 45 people, out of 517 tested at the district's Xinfadi market, had tested positive for the new coronavirus. 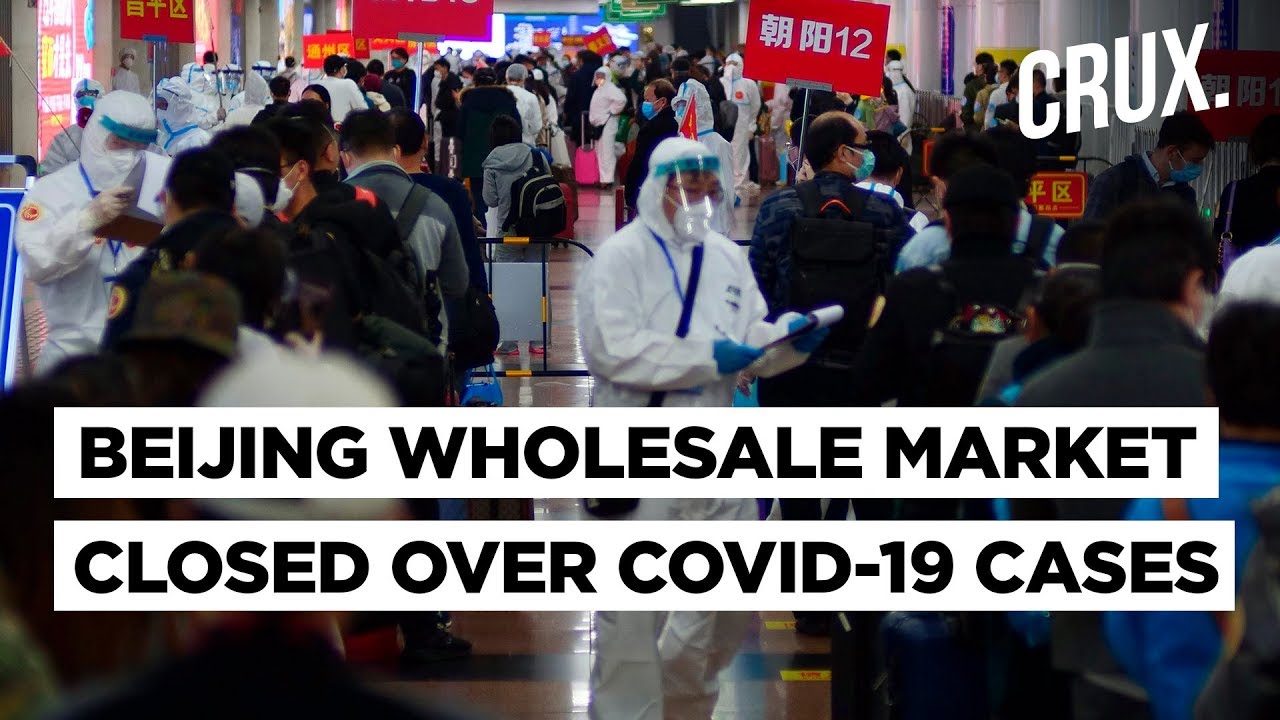 The spokesman said all six confirmed coronavirus patients in Beijing on Friday had visited the Xinfadi market.

Concern is growing of a second wave of the new virus, even in many countries that seemed to have curbed its spread. It was first reported at a seafood market in Wuhan, the capital of central China's Hubei province, in December.

Beijing authorities had earlier halted beef and mutton trading at the Xinfadi market, alongside closures at other wholesale markets around the city.