London View | For Indian Students Stranded in UK, The Door Back Home Opens, But at a Price

The cost of a return ticket to India as well as the mandatory 14-day quarantine period has left many Indian students in the UK to rethink their decision.

The lockdown jolted Pavithra Veeramany into confronting just how much she had given up to take up her Masters course at Kingston University in the United Kingdom. She couldn’t return to India when she most needed to.

“I have two kids, a five-year-old boy and a three-year-old daughter,” she tells CNN-News18. “They are back in India, they need my presence, my sick mom is looking after my kids, and she is taking care of her own mother, who is 95. I need to go.”

The announcement of the flights back was a prayer answered. “My hearty thanks to the Indian government for doing this for Indian students stuck abroad,” she now says. “This is great news for us, we’ve been waiting a long time for this.”

But the great news has come with a catch. It’s the price of a return ticket plus the cost now of quarantine.

Quarantine, particularly for Indians returning from Britain, is inevitable. With well above 30,000 deaths in Britain so far, a toll that goes up by hundreds a day that still is believed by health managers to fall short of the actual daily numbers, Britain must appear to India a deadly source for import of yet more coronavirus. Much of the early spread in India came from COVID-19 positive Indians who had returned from Britain.

The daily rise in the number of reported cases in Britain exceeds the daily rise in all of India; just London sees a rise in cases on most days that is more than all of India does. Some of this rise in known numbers is a result of stepped-up testing. But the rise in reported new infections is no less real because the actual number of cases earlier was relatively higher than the lesser number tests then showed. The increased testing now still falls far short of need – and of the real number of coronavirus positive cases surfacing daily.

Veeramany expects quarantine on return, as do all students and stranded tourists contemplating a flight back. Return with quarantine thrown in will take about as much time as taking an ocean liner back. That the stranded seem prepared for. It’s the cost of quarantine that looms ahead as forbidding.

“I’m ready to pay Rs 50,000 for the ticket,” says Veeramany. “And I’m ready for 14 days in quarantine in my own private accommodation.” 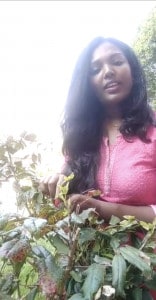 But the prospect of paying a significant cost in given facilities is putting the brakes on many intending to return. Health authorities in India are not likely to be satisfied with offers of voluntary quarantine -- the Kanika Kapoor return performance is not one anyone in government would want to see more of.

Lost amidst guesswork on bookings, timing and pricing, most Indian students stuck in Britain haven’t rushed to buy the ticket back. The first special flight out from London was first announced for May 7, then moved to the following day, and then moved ahead yet another day.

“The information is not clear,” Anamitra Bhowmick, a student at Liverpool, tells CNN-News18. “There’s no confirmation of flight bookings. You need to book your luggage, you have to do so many things.”

And first, find the money for all that.

“To pay for travel and then also for quarantine is not very fair,” she says. “Students here are already facing a lot many financial challenges. They have to pay their rent, they have to buy their food - they have been in queues in front of gurdwaras. If they don’t have money to buy food, how is the Indian government expecting Indian students to pay for all these things?”

The government, she says, should “consider the financial side of this for us all”.

Indian students in distress in Britain are currently supported extensively by the Indian National Students Association (INSA). The group has been providing food to student groups, and helping them deal with rental and other issues.

“Most students have limited resources, and it will be good if they can get prices within a reasonable bracket,” INSA president Amit Tiwari tells CNN-News18. But finally it is down to individual means and individual choice, he says. “It depends what value an individual puts on reaching back home to be with their loved ones in the current environment versus staying here in this situation.”

Return for many students could well be worth the relatively high cost, he says. “Students are currently studying online, and many are saying that if they have to study online and pay for everything, they may as well go back to India and go online from there.”