Children sing along during a rehearsal for the annual Boston Pops Fireworks Spectacular in Boston. (AP Photo/ Michael Dwyer)

New York: Americans are celebrating their country's birthday on Tuesday with big-time fireworks, small-town parades and the quirky spectacle of competitive hot dog eating, marking a day of shared traditions in a nation that has grappled with divides this past year.

In New York, throngs are expected to watch the annual Macy's fireworks blowout and the Nathan's Famous frankfurter-chomping contest on Coney Island on July Fourth. In Washington, President Donald Trump is observing his first Independence Day in office by hosting a White House picnic for military families, followed by a fireworks viewing event for military families and staffers.

In Boston, one of 14 original copies of the Declaration of Independence will be displayed at a museum, and hundreds of thousands of people are expected at the city's fireworks show. Organizers of Chicago's Independence Day celebration are expecting such large crowds that the city's Navy Pier is opening at 10 am (8:30 pm IST), nearly 12 hours before fireworks begin. Meanwhile, more than 15,000 new citizens will be sworn in during more than 65 Independence Day-themed naturalization ceremonies across the country.

For all the pomp and celebration, July 4 arrives with Americans deeply split over the nation's direction, after last year's presidential election and political clashes over immigration, health care and other issues in the early months of Trump's Republican administration. And in an era of concerns about security, the Independence Day celebrations are mixed with precautions.

The New York Police Department planned to station 100 vehicles to block intersections and 20 sand-filled sanitation trucks to fortify viewing areas for the Macy's fireworks show. Heavily armed counter-terrorism units will mingle among spectators, officers will have portable radiation detection devices and bomb-sniffing dogs, and officers will be stationed on rooftops to look out for any sign of trouble. 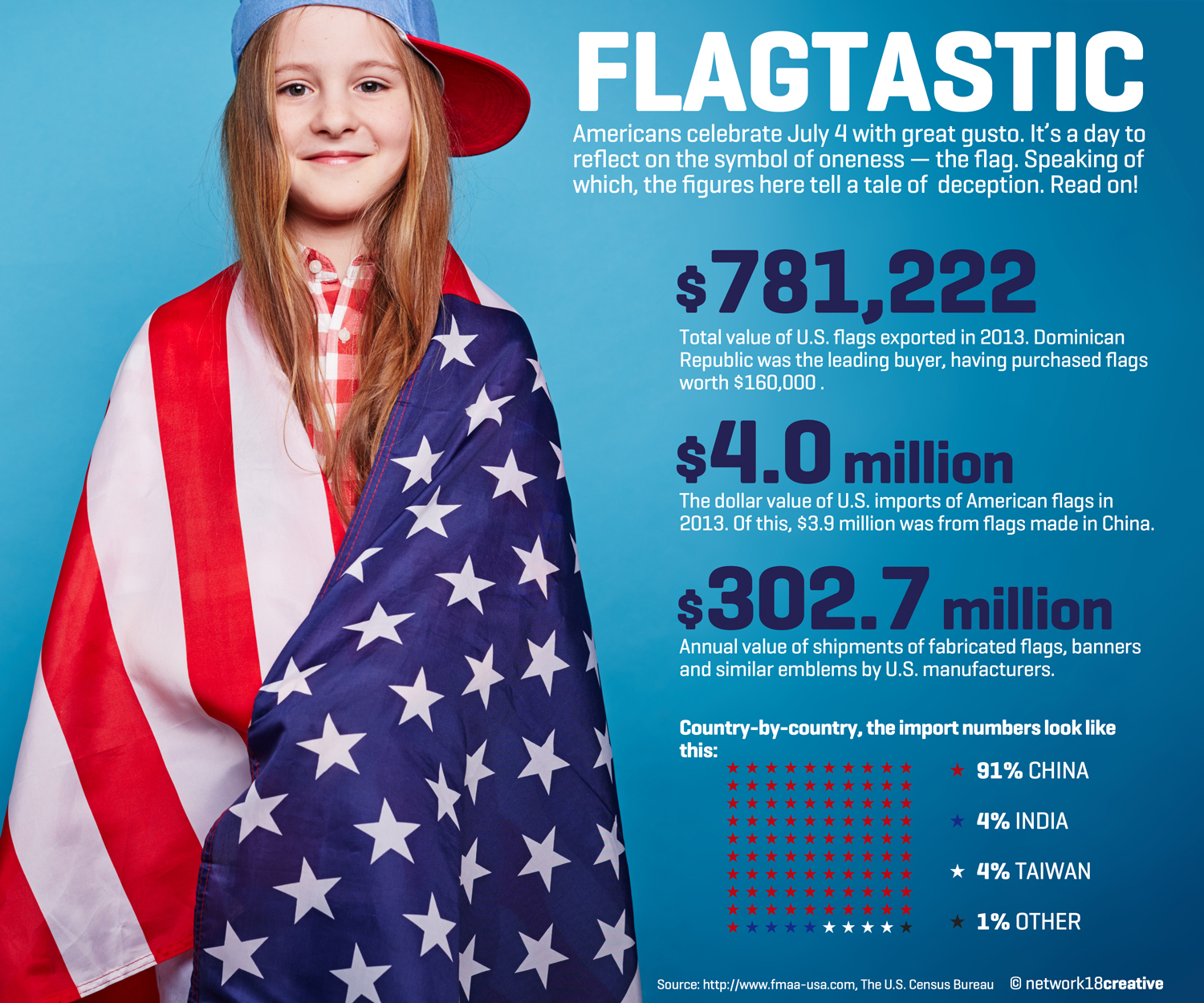 Boston police also plan to put trucks and other heavy equipment near the celebration there. Police in both cities say there are no confirmed threats.

In a somber observance of the toll of terror, small American flags will be placed by all the nearly 3,000 names on the National Sept. 11 Memorial in New York.

Meanwhile, residents of Laconia, New Hampshire, might not have had a Fourth of July parade if a resident hadn't stepped in to organize it after learning it was facing cancellation for lack of interest. Some 25 organizations have since signed up to provide floats or marchers.