Down in the opinion polls with five weeks to go until the November election, U.S. President Donald Trump sought to use the first presidential debate to bully his way back into the race.

WASHINGTON: Down in the opinion polls with five weeks to go until the November election, U.S. President Donald Trump sought to use the first presidential debate to bully his way back into the race.

Repeatedly interrupting and sparring with opponent Joe Biden, the Republican Trump tried to knock the Democratic former vice president off his feet Tuesday night and alter the dynamic of a contest he has been losing for months.

It was unlikely the president succeeded, largely because of his own combative and chaotic behavior but also because the insult-filled and often fact-free affair may have left the few undecided voters watching at home more dispirited than engaged.

“It’s doubtful that this mentally exhausting debate changed any minds,” said Ron Bonjean, a Republican strategist in Washington who advised Trump’s 2016 transition team. “Each side walked away with something, but the shock of the personal attacks against one another probably turned many people off.“

Trump drew raves from some diehard supporters for his show of aggression toward Biden. But he spent little time attempting to persuade swing voters, particularly women who have been critical of his tone and tactics, that he is the candidate best suited to tackle fundamental election issues such as the coronavirus pandemic, healthcare and race relations. 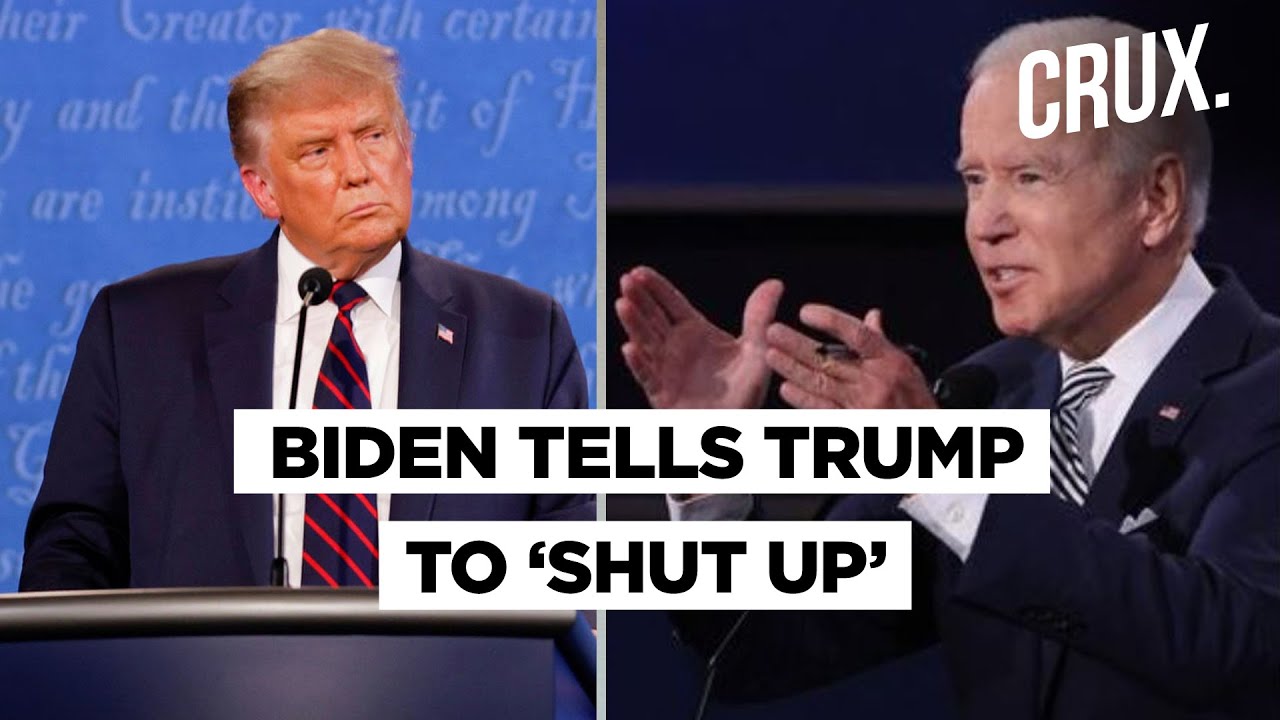 The debate was held in Ohio, where Biden will campaign on Wednesday and one of a group of Midwestern states where the race is expected to remain competitive. With Biden chipping away at Trump’s base in battleground states that decide elections, the president may have squandered a chance to reach voters he needs.

Reuters/Ipsos polling this month found that four in 10 white non-college-educated likely voters in Florida, Michigan, Pennsylvania and Wisconsin said they were backing Biden this year, up from 2016 when Democratic nominee Hillary Clinton was supported by about three in 10 non-college whites in those states.

The polling shows Biden with a sizable lead overall nationally but with a smaller edge in those key states.

“Debates usually have very little influence on how people vote. It’s even more difficult to see how this one could persuade voters one way or the other, since it gave us so little opportunity to learn about the candidates and their plans,” said Christopher Devine, an expert on presidential campaigns at the University of Dayton in Ohio.

Trump did manage on occasion to push Biden out of his comfort zone, leading the Democrat, who before the debate pledged to keep his cool, to deride Trump as a “clown” and the “worst president” in U.S. history.

The former vice president has embraced some of the goals of the peaceful protest movement, but not its push to de-fund police departments as Trump has suggested.

Biden also refused to answer Trump’s direct question about whether he would, as president, seek to add more justices to the U.S. Supreme Court to counter its rightward turn.

Biden at times was able to squeeze in the key themes of his candidacy, that Trump was unfit for a second term for his handling of the pandemic and his divisive leadership style. In a dig at Trump’s flagging support with the critical suburban voting bloc, Biden said: “He wouldn’t know a suburb unless he took a wrong turn.”

But Trump often spoke over his rival and moderator Chris Wallace of Fox News, making it difficult for them to say much at all. When Biden did get a chance, he made a point of addressing the camera, trying to speak directly to voters, while Trump stared at him balefully.

“That was a game plan that Biden had and he executed it,” said Aaron Kall, an expert on presidential debates at the University of Michigan. “Trump couldn’t get past his own disdain for Biden.”

Trump again demurred when asked point-blank to reassure voters that he would accept the results of the election, instead raging against mail-in ballots and ominously warning viewers at home that the contest would not “end well.”

If he is hoping to win over undecided voters, Kall said, Trump will need to outline a sunnier, more optimistic vision for the nation in the next two debates – a tall task for a politician who favors scorched-earth warfare.

The calendar is against him. Subsequent debates typically are watched by fewer people, and many Americans will have voted by then. As the underdog, Trump lost precious time on Tuesday.

“This was the one opportunity that existed to make a good first impression on the small segment of undecided voters,” Kall said. “That is not what we experienced tonight.”