Witnesses described hearing gunfire, although this was not immediately confirmed by the authorities

Nice, France: An attacker killed up to 84 people and injured scores when he drove a heavy truck at high speed into a crowd watching Bastille Day fireworks in the French Riviera city of Nice late on Thursday, officials said.

Counter-terrorist investigators were seeking to identify the driver, who a local government official said opened fire before police shot him dead. The official said weapons and grenades were found inside the 25-tonne, unmarked truck.

The attack, which came eight months and a day after Islamic State gunmen and suicide bombers killed 130 people in Paris, appeared so far to be the work of a lone assailant.

Newspaper Nice-Matin quoted unidentified sources as saying the driver was a 31-year-old local of Tunisian origin. 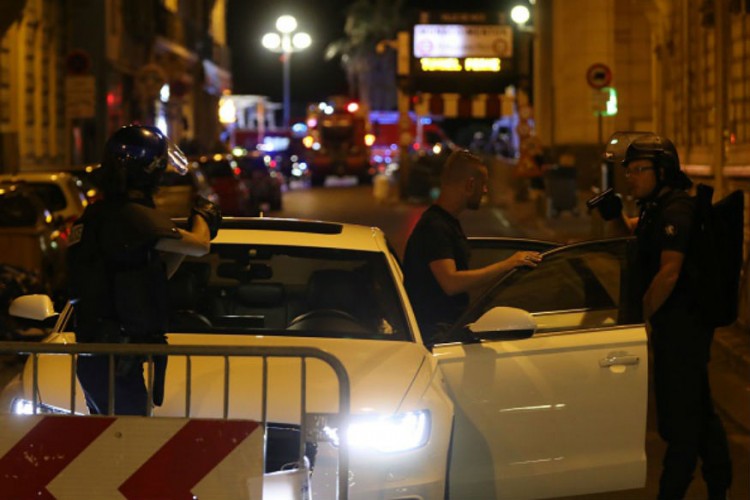 The truck careered for hundreds of meters (yards) along the famed Promenade des Anglais seafront, slamming into spectators watching the fireworks, listening to an orchestra or strolling above the beach towards the grand, century-old Hotel Negresco.

Nice-Matin said 42 people were in critical condition and many others injured.

"I saw people go down," bystander Franck Sidoli, who was visibly shocked, told Reuters at the scene. "Then the truck stopped, we were just five meters away. A woman was there, she lost her son. Her son was on the ground, bleeding," Nice-Matin posted photographs of the truck, its windshield starred by a score of bullets and its radiator grille destroyed.

Since the Islamic State attacks last year, major public events in France have been guarded by troops and armed police, but it appeared to have taken some minutes to halt the progress of the deadly truck as it tore along pavements and a pedestrian zone.

Police told residents of the city, located 30 km (20 miles) from the Italian border, to stay indoors as they conducted further operations, though there was no sign of any other attack.

President Francois Hollande, who raced back to Paris from the south of France after the attack, was due to address a sleepless nation on television at 3:30 a.m. (0130 GMT). Hours earlier, in a traditional Bastille Day interview, he had said an eight-month state of emergency might end in two weeks time. Islamic State militants killed 130 people in Paris on Nov. 13, the bloodiest in a number of attacks in France and Belgium in the past two years. On Sunday, a weary nation had breathed a collective sigh of relief as the month-long Euro 2016 soccer tournament across France ended without a feared attack.

Police denied rumors on social media of a subsequent hostage-taking in Nice. Vehicle attacks have been used by isolated members of militant groups in recent years, notably in Israel, as well as in Europe, though never to such devastating effect. US President Barack Obama said in a statement: "On behalf of the American people, I condemn in the strongest terms what appears to be a horrific terrorist attack in Nice, France, which killed and wounded dozens of innocent civilians."

One woman told France Info that she and others had fled in terror: "The lorry came zig-zagging along the street. We ran into a hotel and hid in the toilets with lots of people."

Regional government chief Estrosi has warned in the past of the risk of Islamist attacks in the region, following the attacks in Paris and Brussels over the past 18 months.

Nice, a city of some 350,000 that has a history as a flamboyant resort but is also a gritty metropolis, has seen some of its Muslim residents travel to Syria to fight, a path taken by previous Islamic State attackers in Europe.

"Neither the place nor the date are coincidental," a former French intelligence agent and security consultant, Claude Moniquet, told France-Info, noting the jihadist presence in Nice and the fact that July 14 marks France's 1789 revolution. 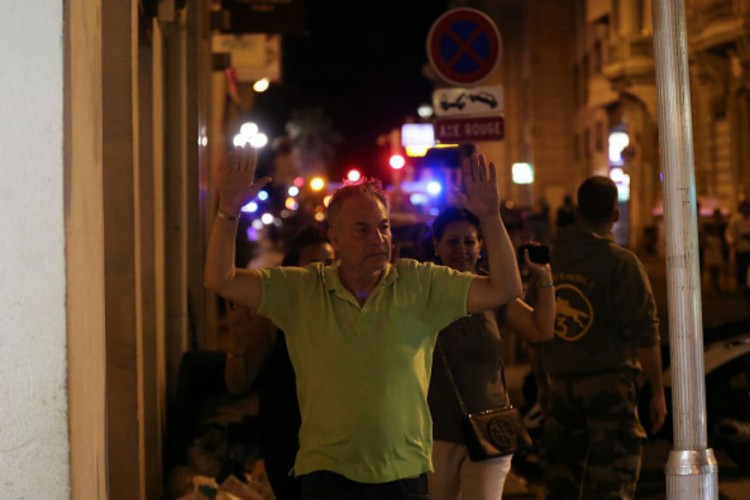