Security personnel stand guard outside of the Kabul University in Kabul on November 2, 2020. (Image: AFP)

At least 22 people were killed Monday when militants stormed one of Afghanistan's main universities in a brutal, hours-long assault that saw students left in pools of blood in their classrooms.

The attack on Kabul University, which came as violence surges across Afghanistan, marked the second time in less than two weeks that an educational institution was targeted in the capital.

Survivors described horrific scenes following the incident that unfolded around 11:00 am (0530 GMT) when a suicide bomber blew himself up inside the campus. 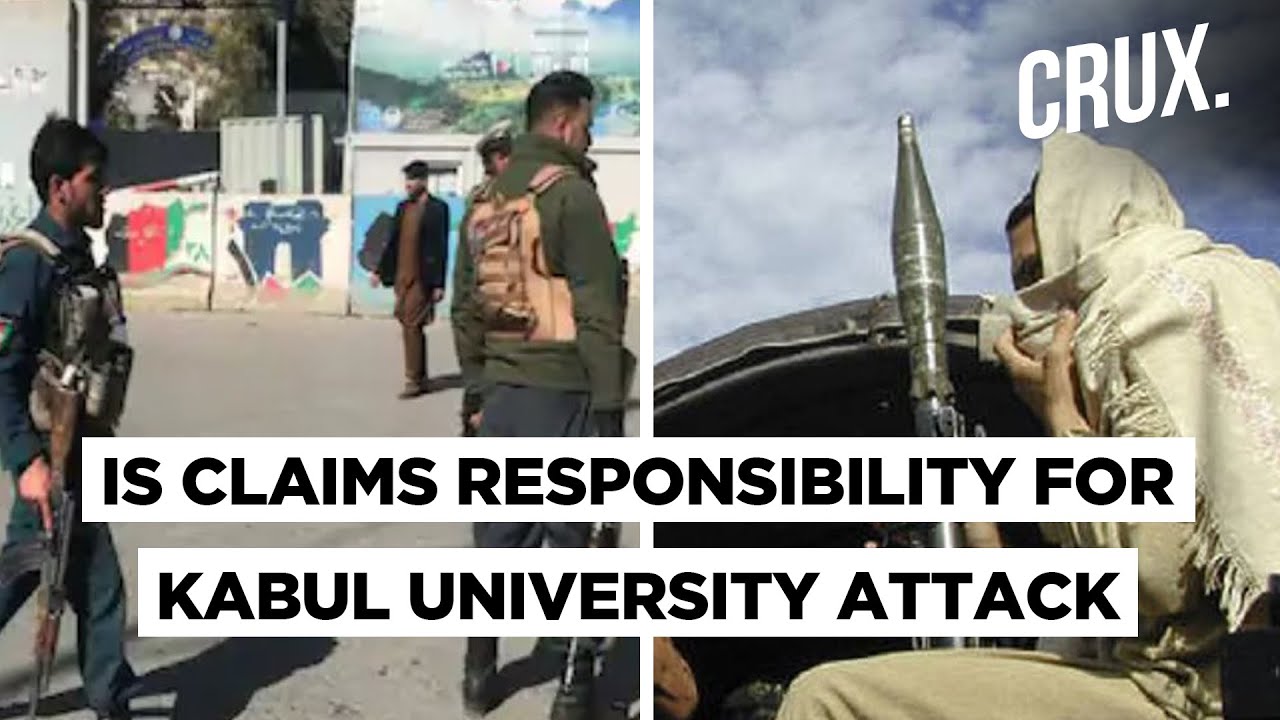 The Islamic State group claimed the brutal shooting. "Two Islamic State fighters managed to attack a gathering set up by the Afghan government at the Kabul University for the graduation of judges and investigators after completing a course at the university," the group's propaganda arm Amaq said.

Fraidoon Ahmadi, a 23-year-old student, told AFP he was in class when gunfire broke out at the university. "We were very scared and we thought it could be the last day of our lives... boys and girls were shouting, praying and crying for help," Ahmadi said.

He said he and other students were besieged for more than two hours before being rescued. Distressing images posted online showed what appeared to be the bodies of slain students lying by desks and chairs.

"They opened fire ... all my classmates were lying in blood, either dead or wounded," one student told a local television channel, adding that he escaped by climbing out a window.

The Ministry of Public Health said at least 22 people were killed and 22 more wounded. Officials said most of the casualties were students.

It was not immediately clear how the attackers got their weapons into the university, which has security checks.

Officials said an investigation was under way.

It took Afghan security forces, supported by US troops, several hours to clear the campus and declare the attack over.

Hamid Obaidi, a spokesman for the ministry of higher education, said the attack started just as government officials were due to arrive for the opening of an Iranian book fair in the campus.

The Taliban said they were not involved, but Vice President Amrullah Saleh blamed the insurgent group and their supporters in Pakistan, even as he acknowledged an intelligence failure.

We "will correct our intelligence failures. But the Talibs, their like minded satanic allies in the next door won't be ever able to wash their Conscience of this stinking & non justifiable attack on Kbul uni," Saleh wrote on Twitter.

Pakistan's foreign ministry condemned Monday's attack what it said was a "despicable" assault on a seat of learning.

"We will take revenge for this senseless attack and for any drop of innocent students' blood spilled today," Ghani said in a message released by the presidential palace.

"This attack will not remain without response, we will retaliate." Authorities declared Tuesday as a day of national mourning.

Several education centres have been attacked over the years by extremist groups such as Islamic State (IS).

Last week at least 24 people, mostly students, were killed in a suicide attack on an educational centre in western Kabul that was claimed by IS.

In 2018, a suicide bomber killed dozens of people, many of them teenagers, in front of Kabul University in an attack also claimed by IS.

Violence has surged in recent weeks despite ongoing peace talks between the Taliban and the government that started in Qatar in September.

Zalmay Khalilzad, the US envoy who negotiated a separate deal with the Taliban in February, visited Islamabad on Monday where he met with the head of the Pakistan military to discuss a "way forward for lasting peace in Afghanistan", officials said.

Talks have so far made little tangible progress.