According to Johns Hopkins Coronavirus Resource Center, the US has reported nearly 1.9 million cases and over 1,09,000 deaths.

US President Donald Trump has said that countries like India and China would have much more coronavirus cases than America if they conduct more tests.

Trump, in his remarks at Puritan Medical Products in Maine, said that the US has carried out 20 million tests. Compared to the US, Germany is at four million and much talked about South Korea is about three million tests, he said on Friday.

According to Johns Hopkins Coronavirus Resource Center, the US has reported nearly 1.9 million cases and over 1,09,000 deaths while the total number of coronavirus cases in India and China stand at 2,36,184 and 84,177 respectively. 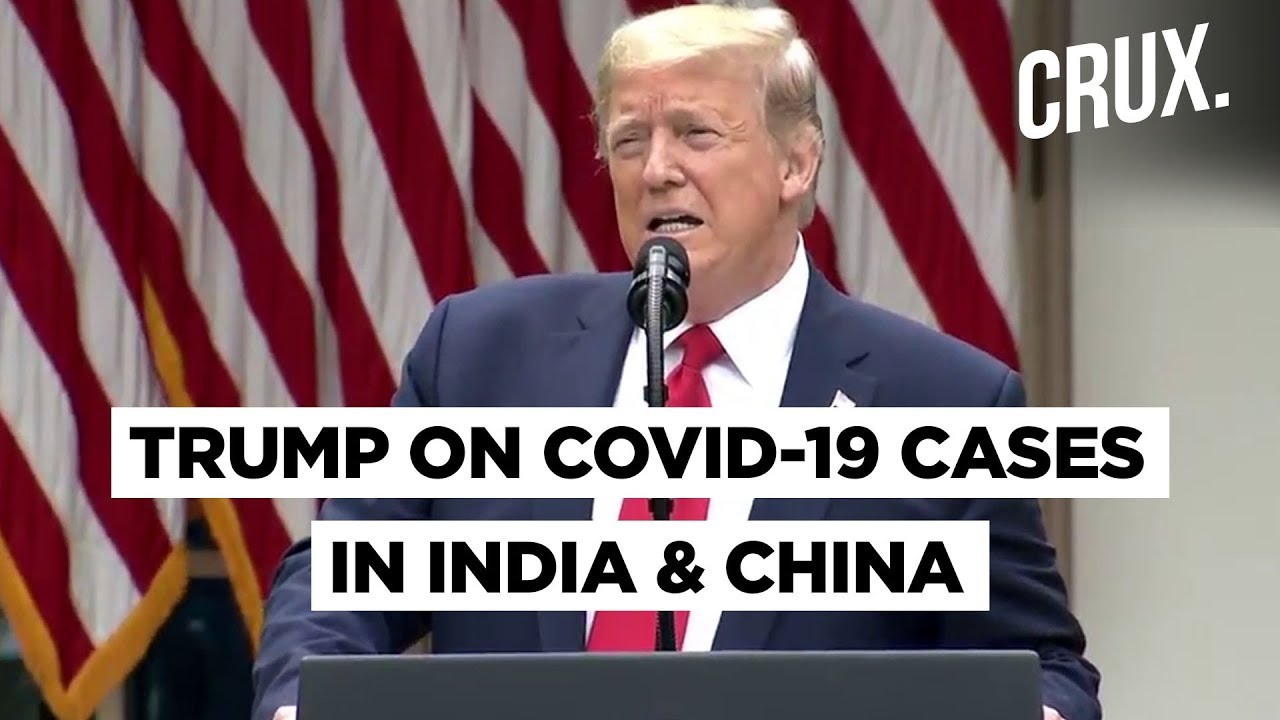 India has so far conducted over 4 million coronavirus tests, according to the health ministry. Commenting on the COVID-19 tests in the US, Trump said, we will be well over 20 million tests. Remember this, when you test more, you have more cases.

I say to my people every time we test; you find cases because we do more testing. If we have more cases, if we wanted to do testing in China or in India or other places, I promise you there would be more cases you are doing a fantastic job in getting out the swabs.

Puritan is one of the only manufacturers in the world producing high-quality medical swabs that are crucial for rapid testing. And every swab you make at Puritan is proudly stamped with the beautiful phrase made in the USA.

Thanks to the testing capacity that you are making possible, our country is reopening and our economy is recovering like nobody would've thought possible,he said.

Referring to the latest monthly employment numbers, Trump said that the economy is now back on track. We absolutely shattered expectations, and this is the largest monthly jobs increase in American history, think of that; that's a long time.

I think it's more than double or about double of what our highest was before so this is the largest monthly job increase in American history. And we're going to have a phenomenal next year. We're going to have a tremendous couple of months prior to the election on November 3 very, very important date, the president said.

Seeking re-election for his second consecutive term, Trump is pitted against Democratic presidential nominee Joe Biden in November 3 presidential elections. Most of the opinion polls shows that Biden is several points ahead of Trump.

It's going to be a very important election because the only thing that can screw it up is if you get the wrong president and they raise your taxes, and they open up your borders so that everybody pours into our country, Trump said.

Reiterating that he has built a strong economy in the last three years, Trump vowed to bring the economy back on track, which has been badly hit by the coronavirus pandemic.

Describing the fight against coronavirus as the greatest national and industrial mobilisation since the World War II, Trump said that his administration has marshaled the full power of the US government and US industry to defeat the invisible enemy.

It is indeed an enemy. It came from China, should have been stopped in China. They didn't do that, he alleged.

The administration, he said, has delivered over 1.5 billion pieces of personal protective equipment to doctors and nurses on the front lines. We slashed the red tape to speed up the development of vaccines.

And vaccines are coming along incredibly well, wait till you see, and therapeutics. And we partnered at private sector leaders such as Puritan to build the largest and most advanced testing capacity on the face of the earth, like this one, he said.

The Puritan factory in Maine, he said, quickly ramped up the production to produce nearly 20 million foam-tipped swabs each month.

Then in April, my administration invoked the Defence Production Act to help you scale up even more. Under a USD 75 million public-private partnership, Puritan will soon double production to 40 million swabs per month, Trump added.