'I'm Immune!' Declares Trump as Doctor Refuses to Specify if He Has Tested Negative for Covid-19 Yet

Donald Trump takes off his mask in the first public address since his discharge. (Reuters)

Trump said tests showed he would be able to return to campaigning with no risk to others. His doctor said on Saturday the president was not a transmission risk but did not address whether he tested negative for the virus.

President Donald Trump said in a Fox News interview on Sunday he no longer has COVID-19 and is not a transmission risk for the virus, as he prepares to hit the campaign trail on Monday with a return to big rallies.

Trump said tests showed he would be able to return to campaigning with no risk to others. His doctor said on Saturday the president was not a transmission risk but did not address whether he tested negative for the virus. 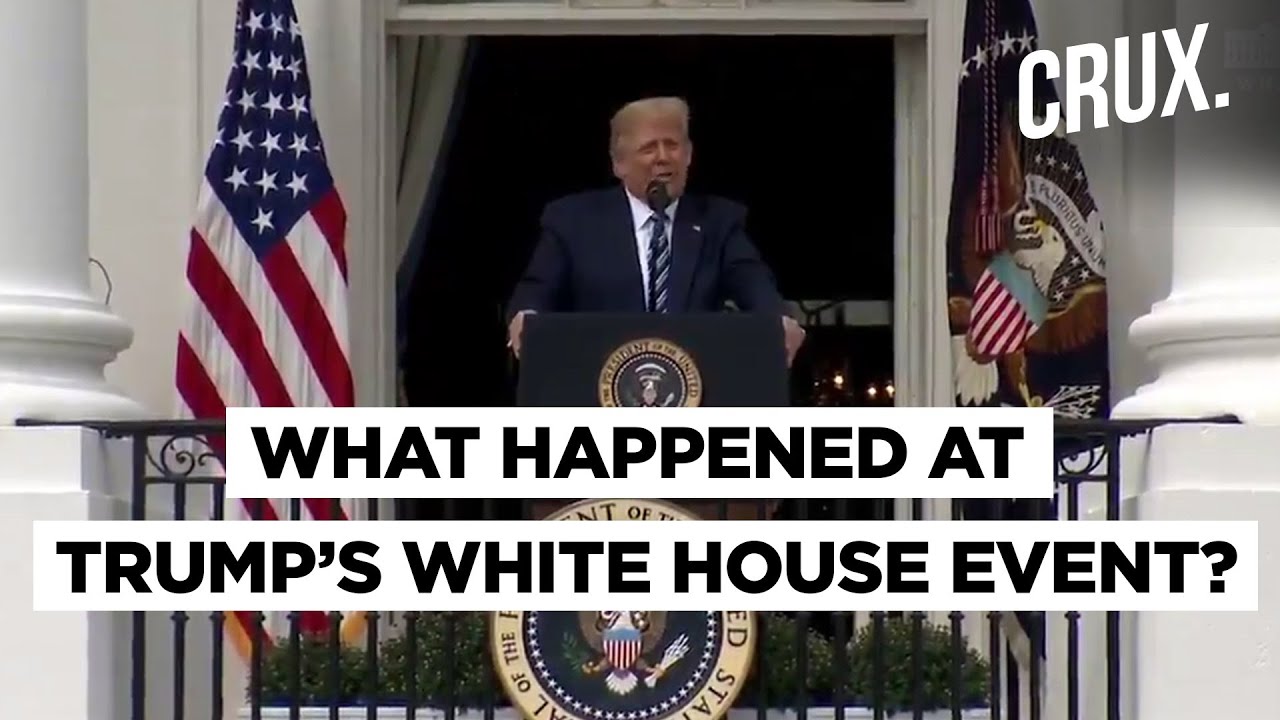 “I passed the highest test, the highest standards, and I’m in great shape,” Trump said on Fox News Channel.

"It looks like I'm immune for, I don't know, maybe a long time and maybe a short time, it could be a lifetime, nobody really knows, but I'm immune," Trump added.

Trump on Saturday made his first public address after being discharged from hospital where he was treated for COVID-19 infection, assuring his supporters that he felt great.

Hundreds of Republican supporters sporting light blue t-shirts and the familiar red MAGA (Make America Great Again) caps gathered at the South Lawns of the White House as the president addressed them from his balcony in a campaign-style event.

“I am feeling great. This is the single most important election in the history of our country. Get out and vote, and I love you,” Trump told his supporters, looking healthy and energetic. Trump, 74, and First Lady Melania, 50, tested positive for COVID-19 last week. The president was taken to a military hospital for treatment. After spending four days there, he came back to the White House on Monday.

The World Health Organization cautioned in August that regarding the coronavirus, "we do not yet have enough data to confirm if antibodies protect, what antibody levels are required, or how long protection will last."

Badly trailing his Democratic rival with just 23 days until the November 3 vote, Trump has been counting the days until he can hit the trail again.

During his phone interview on Fox News, the 74-year-old Trump to suggest that his White House rival could himself be sick.

"If you look at Joe, he was coughing yesterday horribly and grabbing his mask, as he's coughing," Trump said. "And I don't know what that was all about, and it didn't get much press."

The Biden campaign has been publishing daily coronavirus tests for their 77-year-old candidate since Trump tested positive on October 1 -- landing him in hospital for three nights and derailing his campaign.

There has been less transparency surrounding Trump's own state of health, with his medical team repeatedly refusing to say when he lasted tested negative for the virus. That has fueled suspicions that he may not have been tested for several days prior to his diagnosis.

Biden has slammed Trump's determination to rally huge crowds during the pandemic -- but the president has brushed the concerns aside, insisting America has the upper hand against the virus.

"There is no excuse for President Trump's reckless behavior," Biden tweeted again on Sunday.

Barack Obama's former vice-president is currently close to 10 points ahead in national polls with a solid lead in key battleground states.

With his political horizon darkening, Trump has taken -- more than ever -- to recalling his surprise win in 2016, as if to persuade himself that he can pull off a second upset.

In a morning tweet on Sunday he paraphrased the prominent statistician Nate Silver who had written back in 2016 about Trump's victory being "one of the most shocking events" in US history -- firing back at him:

"That's only because you got it so wrong. This time there is far more ENTHUSIASM even than 2016. BIG CROWDS!!!," he said.