In the Wake of Election Loss, Trump's Eldest Children Split as He Strategizes His Next Move

Differing approaches have emerged amongst the Trump siblings: Donald Trump Jr. and Eric Trump are telling their father to aggressively fight to the end, echoing baseless claims that the election has been rigged and the outcome should change. Ivanka Trump and her husband, Jared Kushner, meanwhile, are weighing a different political calculus.

President Donald Trump has long sought advice from different perspectives throughout his career, but at a pivotal moment in defining his legacy as President, he is receiving conflicting advice from his closest and most trusted advisers — his eldest children — as he strategizes his next move in the wake of his election loss.

While his adult sons, Donald Trump Jr. and Eric Trump, are gung-ho, leading the charge for the President to stay in the fight, daughter and White House adviser Ivanka Trump has emerged as someone looking for a way for the President to save face as he considers his next steps, sources tell CNN.

Differing approaches have emerged amongst the Trump siblings: Donald Trump Jr. and Eric Trump are telling their father to aggressively fight to the end, echoing baseless claims that the election has been rigged and the outcome should change. Ivanka Trump and her husband, Jared Kushner, meanwhile, are weighing a different political calculus. Ivanka Trump and Kushner would prefer the President concede the race as soon as next week after the Georgia recount has concluded on November 20, whereas Eric Trump and Donald Trump Jr. would prefer to drag it out until the bitter end. 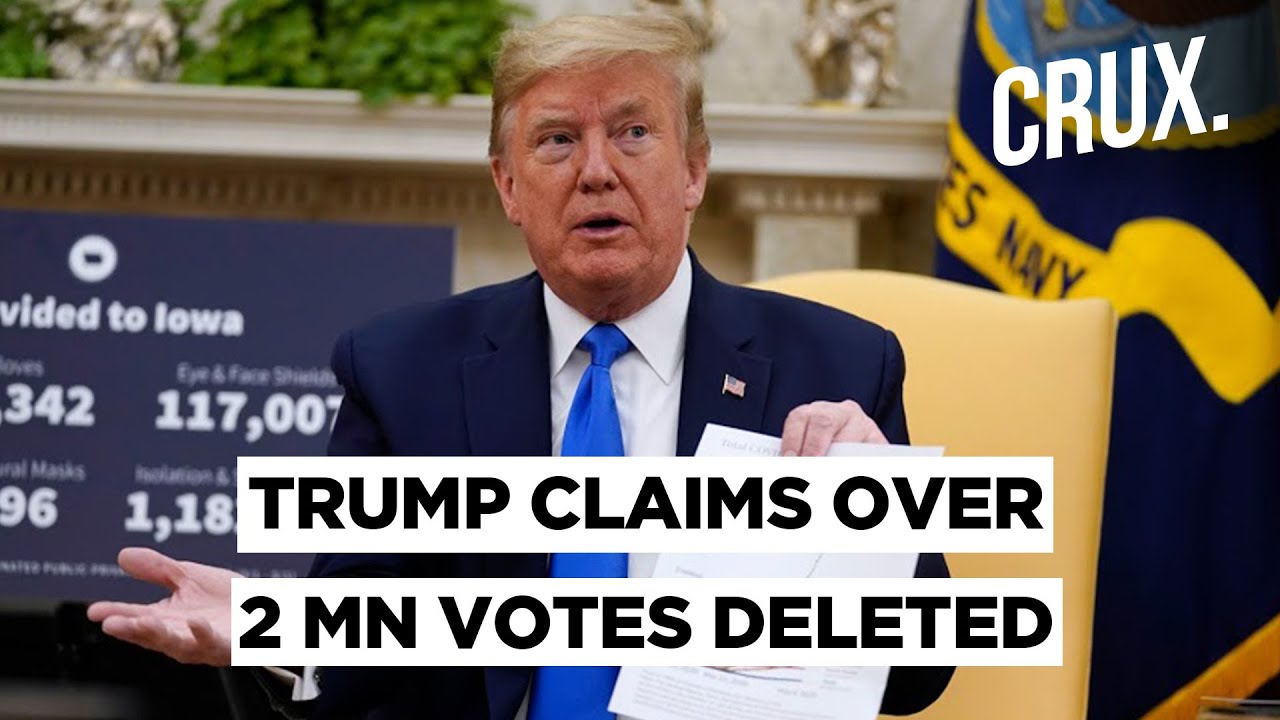 The couple doesn't believe legal battles will change the election's outcome, but are nevertheless advocating for a more measured approach to let the legal fight and recounts continue to ensure future election integrity while allowing them to appear sensitive to Trump, a source familiar with the situation said.

Ivanka Trump has offered a more calibrated message to her father, asking him whether it was worth damaging his legacy and potentially his businesses to continue his refusal to concede. She is privately realistic about the President's loss, a source told CNN, but she also knows that her entire future — now more than ever — is tied to her father's, and must be handled delicately.

For his part, the President appears to be heeding that advice.

"He knows he's not going to win, but he also knows he holds all the cards right now because he knows that he won 72 million votes and founded a movement," a source familiar with Trump's thinking said.

The source said Trump believes he was never considered a legitimate candidate or President. "He was investigated and impeached and people tried to destroy him and his family, so why should he rush to concede anything now when Georgia and Arizona still haven't been called, and some people are telling him that they have some legitimate legal recourse in Pennsylvania?" the source said.

When he does finally come to terms with his loss, Trump is being urged to characterize this election as the "last final act of harassment," but that he will take his supporters and his social media following and make clear he isn't going anywhere.

The eldest Trump sons, top surrogates during the 2020 campaign and conservative firebrands themselves, have taken to social media to amplify their message.

On the last night of the campaign, Eric Trump was telling people aboard Air Force One on the way back from a Michigan rally that he was convinced it would be a Trump blowout. And on Thursday, the campaign sent another fundraising appeal from Eric Trump with the subject line "FIGHT BACK."

"People know exactly what is going on in this country... It's fraud!" Eric Trump wrote in the fundraising message.

Their sister has offered a toned-down statement of support that ignored her father's more inflammatory, baseless claims about widespread voter fraud. "Every legally cast vote should be counted. Every illegally cast vote should not. This should not be controversial," Ivanka Trump tweeted. "This is not a partisan statement — free and fair elections are the foundation of our democracy."

Her husband is playing both sides, with CNN reporting over the weekend that Kushner discussed whether Trump should acknowledge his defeat, while also urging the President to hold rallies pushing for recounts of votes.

Over nearly four years, Ivanka Trump, who previously worked for her father's real estate company, developed a neatly tailored portfolio focused largely on women's economic empowerment and workforce development, but her influence with the President on a myriad of topics cannot be understated.

While it's clear the President values the opinions of his eldest three children, only one of them landed a role in the West Wing, Trump's sons left to helm the family business in New York.

Ivanka Trump wrote in her 2009 book that her parents' divorce brought her closer with her father, while her older brother, Don Jr., had a more complicated relationship at the time, once telling New York Magazine he didn't speak to his father for a year after the divorce.

Ivanka Trump used that time to develop a better relationship with her father. "He didn't move all that far away, just a few floors below us. But now I went down to see him every morning before schools, and I also started dropping by his office on my way home in the afternoon," she wrote in "The Trump Card."

A key force playing into Ivanka Trump's political calculations: an eye toward her future and her husband Jared Kushner's legacy.

In her time in Washington, Ivanka Trump has gone "Full MAGA," one source said, adopting a more conservative viewpoint in sync with the Trump brand, her success closely intertwined with her father's. "I am pro-life, and unapologetically so," Ivanka Trump said in an interview with RealClearPolitics last month.

The Trump campaign strategically deployed Trump to events targeted at Republican suburban women voters in a series of campaign stops in the weeks before the election.

Kushner, another source familiar said, is leaning toward softening the message to prepare for a more graceful exit. Kushner will have to go back to work when the administration concludes, the source said, and there is concern that a bad exit could lead to President-elect Joe Biden's reversal of executive orders that could wipe out what he considers to be his best achievements. But no matter how gracefully Trump exits office, it's unclear that a Biden administration would protect any of those achievements.

Ivanka Trump said this of her husband in times of crisis: "He (Kushner) finds it unproductive to focus on the problem (versus the solution) or to react emotionally. He's my greatest teacher in this regard, the calm, soothing voice of reason that guides me to focus on what matters most, even in moments of crisis or chaos, when I naturally tend to be a bit more emotional," she wrote in her 2017 book, "Women Who Work."

Now, Trump and Kushner are awaiting the results of recounts and legal challenges. "They want all legal avenues to be exhausted and come what may," a senior administration official said, declining to finish that sentence.