Vials with a sticker reading, "COVID-19 / Coronavirus vaccine / Injection only" and a medical syringe are seen in front of an AstraZeneca logo. (REUTERS/Dado Ruvic/Illustration/File Photo)

A subject expert committee (SEC) will meet on Wednesday at 2pm to hold talks on emergency use authorisation (EUA) of the vaccine.

India is likely to grant approval to the coronavirus vaccine developed by Oxford University and AstraZeneca on Wednesday, after the UK gave its nod to the jab, a top source at the Central Drugs Standard Control Organisation told News18.

After Britain announced that it has approved the Oxford coronavirus vaccine, the Indian government took note of the development. A subject expert committee (SEC) is set to meet on Wednesday at 2pm and the application of the Serum Institute of India (which has a tie-up with the vaccine) seeking Emergency Use Authorisation (EUA), will be the sole agenda for discussion.

CEO of the Serum Institute Adar Poonawalla said the news of UK granting approval to the vaccine was "great and encouraging" and that the firm would wait for the final approval from Indian regulators.

"The government has today accepted the recommendation from the Medicines and Healthcare products Regulatory Agency (MHRA) to authorise Oxford University/AstraZeneca’s COVID-19 vaccine for use," the British health ministry said. 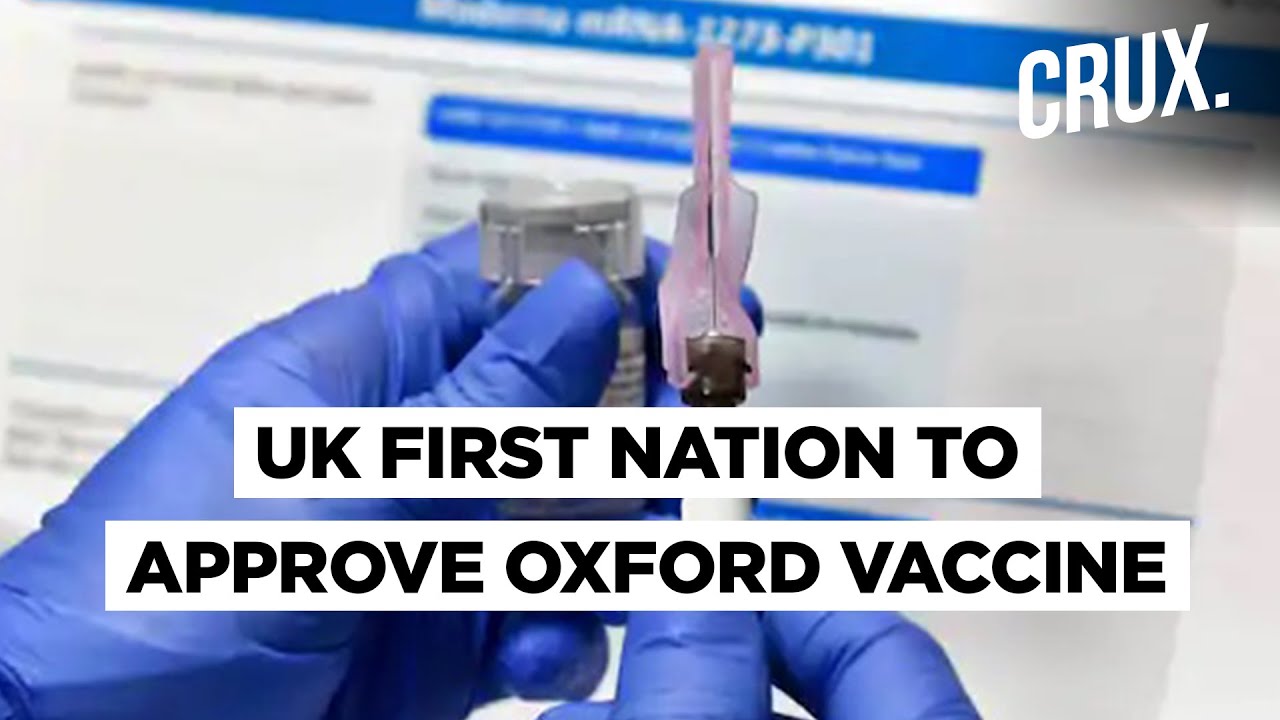 The vaccine was being evaluated by the MHRA after the final cut of data was submitted by the UK government last Monday. It comes as a senior UK scientist pinpointed the Oxford vaccine as a real gamechanger, which could see the country achieve herd immunity as a result of vaccination against the deadly virus by the summer months of 2021.

"The people that have been vaccinated will be protected within a matter of weeks and that's very important," Professor Calum Semple, a respiratory disease expert and member of the government's Scientific Advisory Group for Emergencies (SAGE), told the BBC.

Britain has ordered 100 million doses of the jab, with 40 million expected to be available by the end of March. AstraZeneca chief Pascal Soriot has stressed that researchers have found the "winning formula" using two doses of the vaccine, ahead of the final results being published. He has raised hopes that the jabs are more effective than first thought and should be effective against a new variant of the coronavirus that is now causing havoc in most parts of the UK.

British Prime Minister Boris Johnson said it was "truly fantastic news" and triumph for British science that the vaccine was approved. "We will now move to vaccinate as many people as quickly as possible," he said in a tweet.

Matt Hancock, UK Secretary of State for Health and Social Care, said this was a moment to celebrate British innovation. "Not only are we responsible for discovering the first treatment to reduce mortality for Covid-19, this vaccine will be made available to some of the poorest regions of the world at a low cost, helping protect countless people from this awful disease," he said.

Brilliant to end 2020 with such a moment of hope: the @UniofOxford / @AstraZeneca #coronavirus vaccine has today been authorised for use by @mhragovukThe #coronavirus vaccine is our way out of the pandemic - now we need to hold our nerve while we get through this together.

"It is a tribute to the incredible UK scientists at Oxford University and AstraZeneca whose breakthrough will help to save lives around the world. I want to thank every single person who has been part of this British success story. While it is a time to be hopeful, it is so vital everyone continues to play their part to drive down infections," he added.

The development is a positive one as the world grapples with alarm over a new 'more infectious' strain, which is said to have originated in the UK. Cases of this strain have also been found in India in those who returned from the country.

It was earlier reported that the Indian drug regulator was waiting for the UK to give its nod to the Oxford COVID-19 vaccine, before deciding on giving emergency use authorisation to the Serum Institute that is manufacturing the shots here.

The report said once the UK drug regulator gave its approval to the Oxford vaccine, the expert committee on COVID-19 at the CDSCO would hold its meeting and thoroughly review the safety and immunogenicity data from the clinical evaluations conducted abroad and in India before granting any emergency authorisation for the vaccine here.