Inside Trump’s Failure: The Rush to Abandon Leadership Role on Coronavirus

President Donald Trump wears a mask as he walks down the hallway during his visit to Walter Reed National Military Medical Center in Bethesda. (Image: AP)

Over a critical period beginning in mid-April, President Donald Trump and his team convinced themselves that the outbreak was fading, that they had given state governments all the resources they needed to contain its remaining “embers”.

Each morning at 8 as the coronavirus crisis was raging in April, Mark Meadows, the White House chief of staff, convened a small group of aides to steer the administration through what had become a public health, economic and political disaster.

But their ultimate goal was to shift responsibility for leading the fight against the pandemic from the White House to the states. They referred to this as “state authority handoff,” and it was at the heart of what would become at once a catastrophic policy blunder and an attempt to escape blame for a crisis that had engulfed the country.

Over a critical period beginning in mid-April, President Donald Trump and his team convinced themselves that the outbreak was fading, that they had given state governments all the resources they needed to contain its remaining “embers” and that it was time to ease up on the lockdown.

In doing so, he was ignoring warnings that the numbers would continue to drop only if social distancing was kept in place, rushing instead to restart the economy and tend to his battered reelection hopes.

For scientific affirmation, they turned to Dr. Deborah Birx, the sole public health professional in Meadows’ group. A highly regarded infectious diseases expert, she was a constant source of upbeat news for the president and his aides, walking the halls with charts emphasizing that outbreaks were gradually easing. 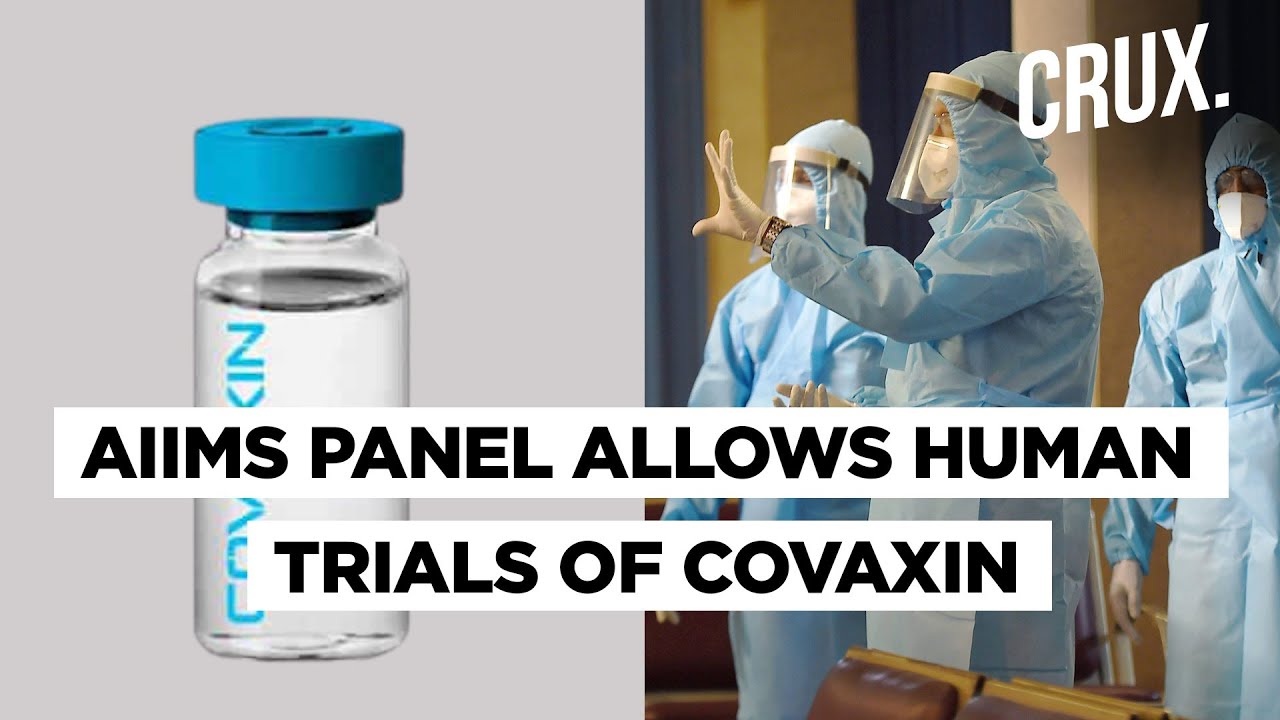 On April 11, she told the coronavirus task force in the Situation Room that the nation was in good shape. A sharp pivot soon followed, with consequences that continue to plague the country today.

Even as experts warned that the pandemic was far from under control, Trump went, in a matter of days, from proclaiming that he alone had the authority to decide when the economy would reopen to pushing that responsibility onto the states. The government issued detailed reopening guidelines, but almost immediately, Trump began criticizing Democratic governors who did not “liberate” their states.

Trump’s bet that the crisis would fade away proved wrong. But an examination of the shift in April and its aftermath shows that the approach he embraced was not just a misjudgment. Instead, it was a deliberate strategy that he would stick to as evidence mounted that the virus would continue to infect and kill large numbers of Americans.

He and his top aides would openly disdain the scientific research into the disease and the advice of experts on how to contain it, seek to muzzle more authoritative voices like Dr. Anthony Fauci and continue to distort reality even as it became clear that Trump’s hopes for a rapid rebound in the economy and his electoral prospects were not materializing.

Now interviews with more than two dozen officials inside the administration and in the states, and a review of emails and documents, reveal previously unreported details about how the White House put the nation on its current course during a fateful period this spring.

Birx was more central than publicly known to the judgment inside the West Wing that the virus was on a downward path. Her model-based assessment failed to account for a vital variable: how Trump’s rush to urge a return to normal would help undercut the social distancing and other measures that were holding down the numbers.

The president quickly came to feel trapped by his own reopening guidelines. States needed declining cases to reopen, or at least a declining rate of positive tests. But more testing meant overall cases were destined to go up, undercutting the president’s push to crank up the economy. The result was to intensify Trump’s remarkable public campaign against testing, a vivid example of how he often waged war with science and his own administration’s experts and stated policies.

Trump’s bizarre public statements, his refusal to wear a mask and his pressure on states to get their economies going again left governors and other state officials scrambling to deal with a leadership vacuum.

Not until early June did White House officials even begin to recognize that their assumptions about the course of the pandemic had proved wrong. Even now there are internal divisions over how far to go in having officials publicly acknowledge the reality of the situation.

Judd Deere, a White House spokesman, said the president had imposed travel restrictions on China early in the pandemic, signed economic relief measures that have provided Americans with critical assistance and dealt with other issues, including supplies of personal protective equipment, testing capacity and vaccine development.

At a briefing on April 10, Trump predicted that the number of deaths in the United States from the pandemic would be “substantially” fewer than 100,000. As of Saturday, the death toll stood at 139,186; the pace of new deaths was rising again; and the country, logging a 7-day average of 65,790 new cases a day, had more confirmed cases per capita than any other major industrial nation.

The president had a decision to make. It was the end of March, and his initial, 15-day effort to slow the spread of the virus by essentially shutting down the country was expiring in days. Sitting in the Oval Office were Fauci and Birx, along with other top officials. Days earlier, Trump had said he envisioned the country being “opened up and raring to go” by Easter, but now he was on the verge of announcing that he would keep the country shut down for another 30 days.

“Do you really think we need to do this?” the president asked Fauci. "Yeah, we really do need to do it,” Fauci replied, explaining again the federal government’s role in making sure the virus did not explode across the country. Trump’s willingness to go along was a concession that federal responsibility was crucial to defeating a virus that did not respect state boundaries.

But even as the president was acknowledging the need for tough decisions, he and his aides would soon be looking to do the opposite: build a public case that the federal government had completed its job and unshackle the president from ownership of the response.

By mid-April, Trump had grown publicly impatient with the stay-at-home recommendations he had reluctantly endorsed. Weekly unemployment claims made clear the economy was cratering, and polling was showing his campaign bleeding support.

The issue was clear: How much longer do we keep this up? To answer that, they focused on two more questions: Had the virus peaked? And had the government given the states the tools they needed to manage the remaining problems?

On the first question, Birx was optimistic: Mitigation was working, even as many outside experts were warning that the nation would remain at great risk if it let up on social distancing and moved prematurely to reopen.

The group believed they had succeeded on the second question, too, although shortages of protective gear continued in some places (and would flare again months later). A one-time anticipated shortage of more than 100,000 ventilators had been overcome; now there was enough of a surplus that the United States could lend them to other countries. A ban on elective surgeries meant there was plenty of bed space.

On testing, Trump shifted from stressing that the nation was already doing more than any other country to deriding its importance. By June the president was regularly making nonsensical statements like, “If we stop testing right now, we’d have very few cases, if any.”

On April 10, Trump declared that it would be his decision about whether to reopen the country.

Days later, Birx and Fauci presented Trump with a plan for issuing guidelines to start reopening the country at the end of the month. Developed largely by Birx, the guidelines laid out broad, voluntary standards for states considering how fast to come out of the lockdown.

In political terms, the document’s message was that responsibility for dealing with the pandemic was shifting from Trump to the states.

On April 16, he made the message to the governors explicit. “You’re going to call your own shots,” he said.

Birx had assembled a team of analysts who fed her a constant stream of updated data, packaged in PowerPoint slides emailed to senior officials each day. But there were warnings that the models she studied might not be accurate, especially in predicting the course of the virus against a backdrop of evolving political, economic and social factors. Among the models Birx relied on most was one produced by researchers at the University of Washington.

Birx declined to be interviewed. A task force official said she had only used the University of Washington’s model in a limited way and that the White House used “real data, not modeled data, to understand the pandemic in the United States.”

But despite the outside warnings and evidence by early May that new infections remained higher than anticipated, the White House never fundamentally reexamined the course it had set in mid-April.

Instead, Birx regularly delivered what the new team was hoping for. “All metros are stabilizing,” she would tell them, describing the virus as having hit its “peak” around mid-April. The slope was heading in the right direction. She endorsed the idea that the death counts and hospitalization numbers could be inflated.

The real-world consequences of Trump’s abdication of responsibility rippled across the country. During a briefing on April 20, Trump mocked Gov. Larry Hogan of Maryland, a fellow Republican, for the state’s inability to find enough testing. Birx displayed maps with dozens of dots indicating labs that could help.

But when Frances Phillips, the state’s deputy health secretary, reached out to one of those dots — a National Institutes of Health facility in Maryland — she was told that they were suffering from the same shortages as state labs and were not in a position to help.

"It was clear that we were on our own and we need to develop our own strategy, which is very unlike the kind of federal response in the past public health emergencies,” Phillips recalled. By early June, it was clear that the White House had gotten it wrong.

Digging into new data from Birx, they concluded the virus was in fact spreading with invisible ferocity during the weeks in May when states were opening up with Trump’s encouragement and many were all but declaring victory.

With the benefit of hindsight, the head of the Centers for Disease Control and Prevention, Dr. Robert Redfield, acknowledged in a conversation with the Journal of the American Medical Association that administration officials severely underestimated infections in April and May.

The number of new cases has now surged far higher than the previous peak of more than 36,000 a day in mid-April. On Thursday, there were more than 75,000 confirmed new cases, a record.

Trump’s disdain for testing continues to affect the country. By the middle of June, lines stretched for blocks in Phoenix and in Austin, Texas. And getting results could take a week to 10 days, officials in Texas said — effectively inviting the virus to spread uncontrollably.

It was a devastating situation, said Mayor Steve Adler of Austin, who watched as the COVID-19 cases at intensive care units at area hospitals jumped from 3 in mid-May to 185 by early July. Adler had a simple plea for the White House.

“When we were trying to get people to wear masks, they would point to the president and say, ‘Well, not something that we need to do,’” he said.

Mayor Francis Suarez of Miami, a Republican, expressed similar frustrations with Trump’s dismissive approach to mask wearing. “People follow leaders,” he said, before rephrasing his remarks. “People follow the people who are supposed to be leaders.”