The moral police of Iran is infamous for oppressing women and the whispers tell you that they are never too far.

Anchal Vohra
Firm buttocks held in flared jeans, her back caressed by deep black hair, the navel-length flowery shirt dressed the torso and a slender arm stretched out to buy a cup of coffee at the Abu Dhabi airport.

Sipping tea, whiling away the time, as I waited to board the flight to Tehran, I started guessing nationalities, a habit you develop if you are frequently in transit. I observed the lady as the Filipino barista handed her the cuppa and wondered where she could be from.

Gate number 43 was in a dingy basement and I reached just in time to board. There she was again - the Persian beauty.

Flying over the Arabian sea I remembered reading Sherin Ebadi's Iran Awakening, the story of a woman through different phases of Iran's history. More than three decades after the Islamic revolution, has anything changed? what was it like for women to live in Iran in 2016?

As the plane started descent, the girl had donned a longer shirt almost touching the ankle and a shawl to cover her head.

A few days before Indian Prime Minister Narendra Modi's visit to Tehran, the purpose of my travel, the moral police had incarcerated eight models for posing without a head scarf.

The Ministry of External Affairs in India sent us all an advisory in advance cautioning us to cover the head, wear knee-length shirts and 3/4th sleeves. 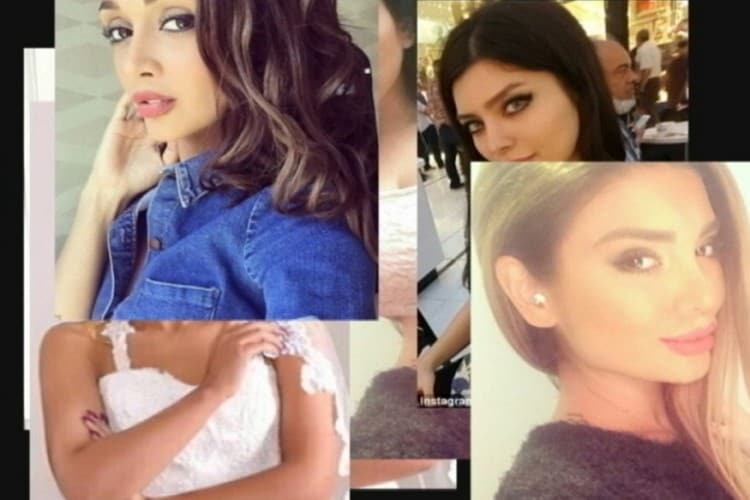 A few days before Indian Prime Minister Narendra Modi's visit to Tehran, the moral police had incarcerated eight models for posing without a head scarf.

COVER HER FROM HEAD TO TOE, SHE STILL GOT SHOES TO SHOW

In Tehran, I hit the bazaar.

It's a sea of scarves, a city where a woman can't even shake hands with a man unless he is family.Thanks to the moral police, virtues in Iran are not a personal but a police affair.

The moral police of Iran is infamous for oppressing women and the whispers tell you that they are never too far from scarf-less women. A bunch or two is always lurking around in crowded areas to find a prey.

I don't find the moral police or rather they don't find me, but I spotted several shoe stores.

In the world of fashion in Iran, it seems, shoes are the most experimented with. As I picked several pairs of 'Made in Iran' sandals, I started chatting with the Iranian women in the store.

Both in India and in Iran, women are suppressed in the garb of societal norms.

In India, in many households women are expected to cover their head when meeting an elder.

In states like Haryana, in many villages, a social restriction called 'ghoonghat' continues to be in play, under which the women are to cover not just the head, but at times the entire face.

They say it is giving respect to the elderly, but in reality it's just another sign of how a woman, her face, her looks are treated as a prized possession of the men in her life.

And the admission that other men are perverts. The best way to protect yourself, is to hide yourself.

The only relief is that in India it isn't legally imposed.


BECAUSE GOD IS A MAN?

We headed to meet a few students in American studies at Tehran university. Three scholars in black emerged.

Zeinab tells me wearing a long hijab makes her feel safe. "I don't want to be seen as a woman ; just a human being, not too feminine."

It worries me to hear Zeinab speak of her gender, her sexuality as a trouble maker. She wants to hide it.

A colourless box, she believes guarantees her safety. Zeinab and Marzeih emphasise covering up provides them with the mobility and access denied to the generation before them.

Unwittingly, the dress code imposed by the clerics post the 79 revolution, encouraged the patriarchs to send their girls to school. Wearing the veil, the girls attended religious schools and over time the number of girls attending university surpassed that of the boys.

Now they are armed with a PhD. Is it a matter of time before they question more?

Interestingly, Zeinab does not endorse the moral police arresting the models who dared to drop the head scarf and shows me pictures of several of her friends without the head scarf on the social messaging service Telegram.

At a cafe in the heart of Tehran, I meet Salma, Zahra and Sanaz. In the 80's, these girls would have been arrested for wearing lipstick, missing socks or even if a strand of hair was visible.

This would be committing 'bad hijabi'. Backed by the mullahs, the system was much harsher. Interpretation of modesty was left entirely to the men in the morality police.

But since then, things have changed. The morality police has been forced to make concessions. The scarf is slipping.

You can travel without a male family member accompanying. Some girls are rebellious enough to frequent the hukkah bars. Public display of affection between young lovers is becoming the new normal at least in the urban areas. 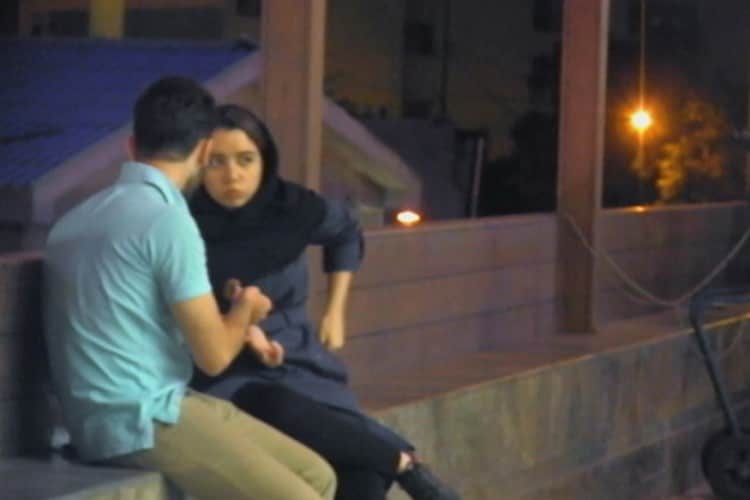 Navigating the streets of Tehran, often you would find young boys and girls expressing a mixed bag of political views; sometimes out in the open and sometimes in a vibrant underground Tehran.

From the time the Shah banned the wearing of hijab to the time Khomeini unleashed his moral police, the women of Iran and what they wear has been at the heart of Iran's politics.

For the women it has been a daily battle to win the right to reveal an inch of hair, paint a toenail, gift a smile. As for me, by the time my visit ended I had had enough of the scarf.

While leaving Tehran I bumped into an Indian politician also visiting Iran, he remarked, "I can't believe I am looking at you in this avatar." I responded ,"Yes, I intend on taking it off the moment I cross immigration."

And I did only to be rudely ordered by the guards at the security check point to rewear it.

You see this isn't a fashion accessory or a harmless tradition. I see it as a tool meant to subjugate, and I don't like being told what to wear or not.