A firefighting helicopter pilot was killed in a crash, and dozens of homes burned in California on Wednesday as hundreds of lightningsparked blazes forced tens of thousands of people to flee their dwellings.

VACAVILLE, Calif. A firefighting helicopter pilot was killed in a crash, and dozens of homes burned in California on Wednesday as hundreds of lightning-sparked blazes forced tens of thousands of people to flee their dwellings.

Nearly 11,000 lightning strikes were documented during a 72-hour stretch this week in the heaviest spate of thunderstorms to hit California in over a decade, igniting 367 individual fires. Almost two dozen of them have grown into major conflagrations, authorities said.

Multiple fires raced through northern California’s drought-parched wine country, shutting down Interstate 80 at Fairfield, about 35 miles (56 km) southwest of Sacramento, as flames leapt across the highway, trapping motorists caught in a hectic evacuation.

Four residents whose communities were overrun by flames hours earlier in the same area suffered burns but survived, though the severity of their injuries was not immediately known, said Will Powers a spokesman for the California Department of Forestry and Fire Protection (CalFire).

He said thousands of residents were under mandatory evacuation orders in four-county area stricken by a cluster of nine wind-driven fires collectively dubbed the LNU Complex, which were triggered by lightning on Monday.

In central California, a helicopter was on a water-dropping mission in Fresno County about 160 miles (258 km) south of San Francisco when the aircraft crashed, killing the pilot, a private contractor, CalFire said. 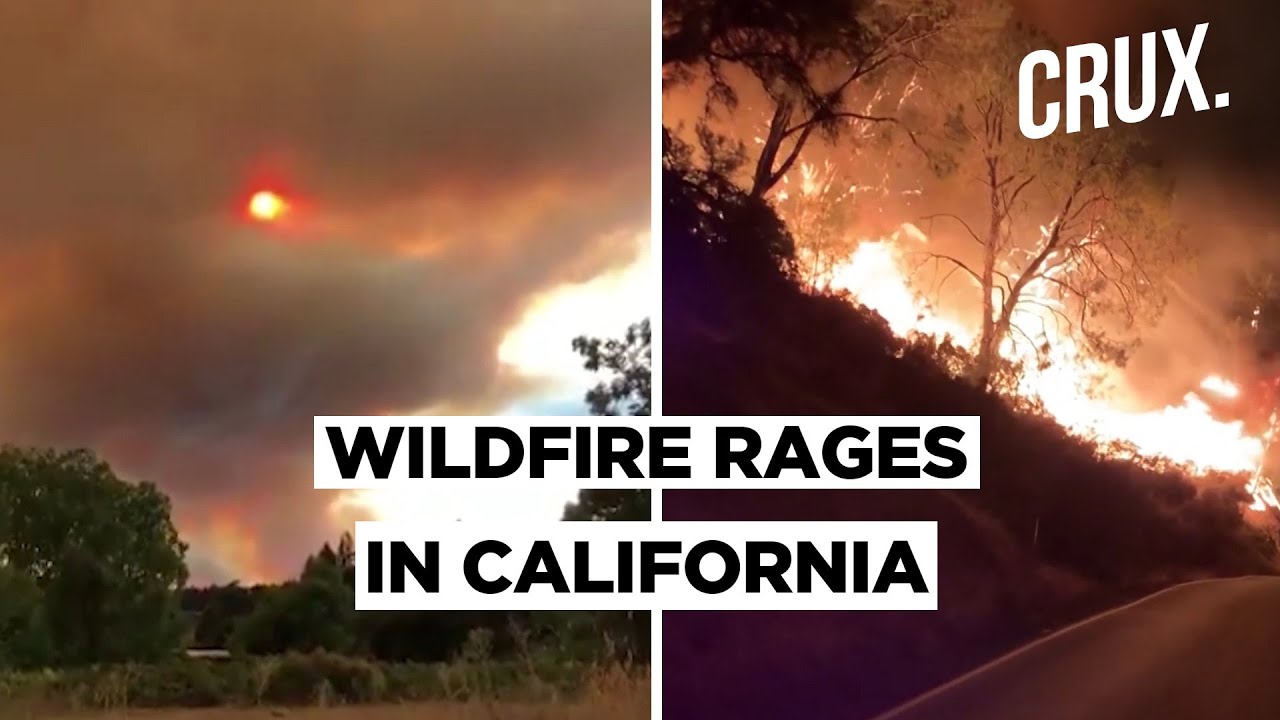 The LNU complex of fires burned largely unchecked across some 46,000 acres (18,615 hectares) of hills and mountains around Fairfield and the neighboring town of Vacaville late Tuesday and early Wednesday. At least 50 homes and other structures were destroyed and another 50 damaged, CalFire said.

Wearing a singed nightgown, Diane Bustos said her husband abandoned their car as it caught fire and then blew up on the west side of Vacaville early Wednesday. She lost both her shoes while she and her family ran for their lives.

“I made it, God saved me,” Bustos told local television station KPIX.

There were social media accounts of people trapped in the blaze, but CalFire’s Powers said authorities had no reports of missing persons.

A Reuters reporter saw dozens of burned-out homesteads and houses in the Vacaville-Fairfield area, dead livestock among torched properties and some animals wandering loose.

“We are experiencing fires the like of which we haven’t seen in many, many years,” California Governor Gavin Newsom told a news conference, adding he had requested 375 fire engines from out of state to assist in battling the blazes. He declared a statewide fire emergency on Tuesday.

Fanned by “red-flag” high winds, the fires are racing through vegetation parched by a record-breaking heat wave that began on Friday. Meteorologists have said the extreme heat and lightning storms were both linked to the same atmospheric weather pattern – an enormous high-pressure area hovering over America’s desert Southwest.