Leader of Sri Lanka People's Front party and Prime Minister Mahinda Rajapaksa, wearing a protective mask, waves at his supporters during a campaign rally ahead of the country's August 5 parliamentary elections, in Ahungalla on August 1, 2020. (REUTERS/Dinuka Liyanawatte)

The Rajapaksa "tsunami" hit the opposition across the Indian Ocean island nation, decimating almost all of them in the elections.

The lotus has trampled the elephant in neighbouring Sri Lanka. The Prime Minister Mahinda Rajapaksa-led SLPP, the symbol of which is the 'Lotus', on Thursday decimated the former PM Ranil Wickremesinghe-led UNP, the country’s oldest national party.

In a one-sided fight, the SLPP retained power by routing by a huge margin its main rival Sajith Premadasa-led SJB, which is a breakaway faction of the UNP.

The Rajapaksa "tsunami" hit the opposition across the Indian Ocean island nation decimating almost all of them. 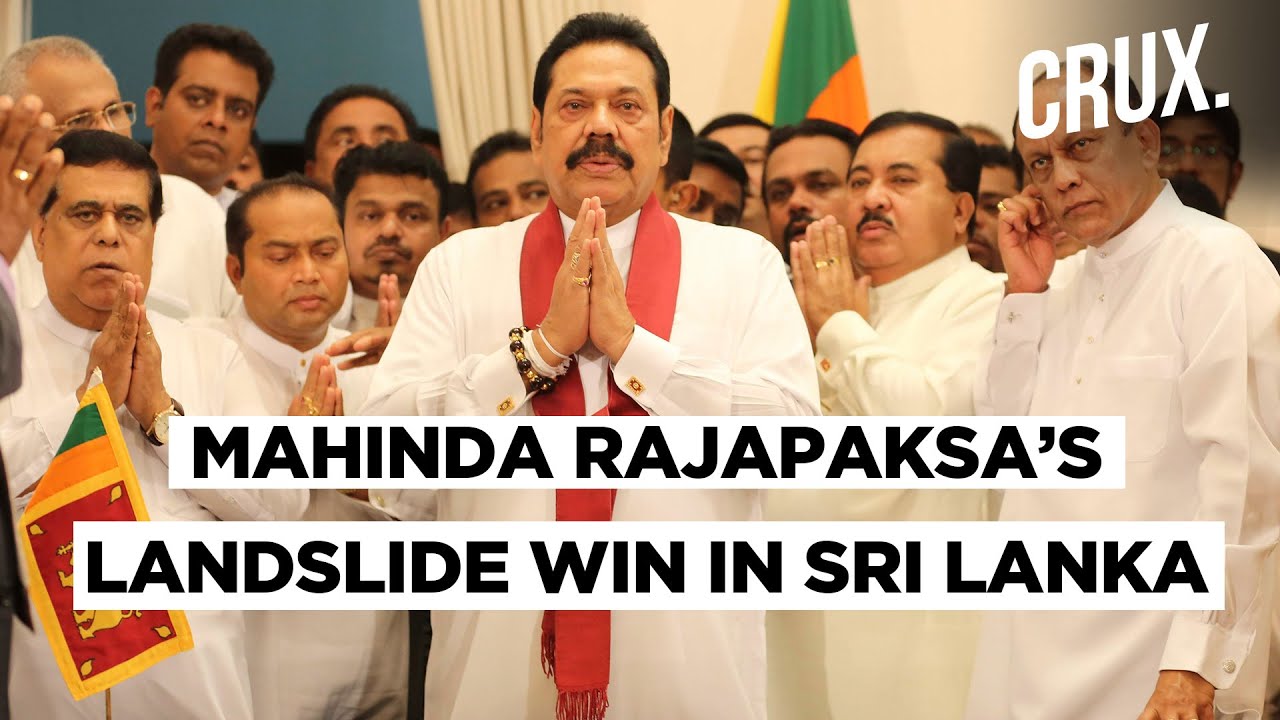 In a 225-member Parliament, the SLPP has won over two-thirds of the seats, allowing Rajapaksa to amend the Constitution. No one had doubts about the win of SLPP, but the landslide victory has shocked everyone. The wave led by Mahinda and his President-brother Gotabaya has swept every part of the island delivering handsome dividends for the family.

The Mahinda “hurricane” was so strong that even a three-time former PM Ranil Wickremesinghe had to bite the dust.

Wickremesinghe, who had never lost an election since his entry into politics in 1977, has lost his seat from Colombo.

Sajith Premadasa, the only son of slain President Ranasinghe Premadasa, has managed to win his seat and a few more seats across the island. Another prominent UNP candidate and the 1996 World Cup Cricket-winning captain Arjuna Ranatunga also suffered a shock defeat in Gampaha.

Another national party SLFP, which along with the UNP ruled the country in turn since its independence from Britain in 1948, had an alliance with the SLPP and managed to win a few seats. Former President Maithripala Sirisena has won on an SLFP ticket from Polonnaruwa.

Rajapaksa has won from Kurunegala and his son Namal from the family bastion of Hambantota.

Since the President of the country is younger brother Gotabaya Rajapaksa, Mahinda Rajapaksa will be able to run the country without any hassles.

China has invested heavily in Sri Lanka to keep regional power India out of the picture. The big win for the Rajapaksa family is good news for the Chinese as both countries have a deep relationship. With this in mind, Prime Minister Narendra Modi acted swiftly by calling up Rajapaksa to congratulate him on a huge electoral success.

During the election campaign, India’s role and the Chinese influence were also major topics. The majority Sinhalese are wary of their big neighbour India. However, the Rajapaksas always maintain that “India is a family and China is a friend”.

The Tamil parties have managed to win a few seats in the north and the east. But the landslide win for the SLPP has made them almost irrelevant in national politics. The Muslim parties have also met with the same fate. The next government would be a more or less a Sinhalese Buddhist one, in which others will have a minor say.

Rajapaksa is expected to accommodate every religion and race, including Tamils and Muslims, in his Cabinet. His 34-year-old son Namal is expected to play a bigger role in his father’s government by joining the Cabinet as a minister.