More than 1.7 Million Muslims Gather For Start of Haj

File photo: Muslims touch and pray at the door of the Kaaba and touch and kiss the al-Hajr al-Aswad "Black Stone" in Mecca, Saudi Arabia (Reuters)

The hajj is required of all Muslims once in a lifetime. The physically demanding journey tests pilgrims' patience as they withstand long waits and thick crowds on their path to achieving spiritual purification and repentance.

Mecca, Saudi Arabia: In Saudi Arabia, more than 1.7 million pilgrims are marking the start of the haj pilgrimage on Wednesday by circling the cube-shaped Kaaba in Mecca — Islam's holiest site — and performing a series of rites that trace the footsteps of the Prophet Muhammad.

Muslims believe the rites also trace the footsteps of the prophets Ibrahim and Ismail — Abraham and Ishmael in the Bible.

The Kaaba represents the metaphorical house of God and the oneness of God in Islam. Observant Muslims around the world face toward the Kaaba during the five daily prayers.

The haj is required of all Muslims once in a lifetime. The physically demanding journey tests pilgrims' patience as they withstand long waits and thick crowds on their path to achieving spiritual purification and repentance.

Egyptian pilgrim Ahmed Ali, on his first hajj, said he was grateful to be in Mecca.

"It's an indescribable feeling, a spiritual feeling. Thanks to God, I feel great," he said.

A 104-year-old Indonesian woman is among those performing the hajj this year, according to Saudi authorities. Ibu Mariah Marghani Muhammad is joining more than 220,000 pilgrims from Indonesia, the world's most populous Muslim country. The journey of the five-day-long pilgrimage begins for many when they depart from their countries dressed in "ihram." For men, that entails wearing only terrycloth, seamless white garments meant to represent unity among Muslims and equality before God. Women wear loose clothing, cover their hair and forgo makeup and nail polish to achieve a state of humility and spiritual purity.

Over the years, the Saudi government has spent billions of dollars to improve the safety of the pilgrimage, particularly in Mina where some of the deadliest incidents have occurred, including a stampede and a collision of two crowds that crushed people under the force in 2015 that killed more than 2,400 people.

Saudi Interior Ministry spokesman Maj. Gen. Mansour al-Turki told reporters in a news conference that a more than 100,000-strong security force is on the ground in and around Mecca to secure the hajj and assist pilgrims. He said the number of pilgrims at the haj, including those from within Saudi Arabia, could reach 2 million. 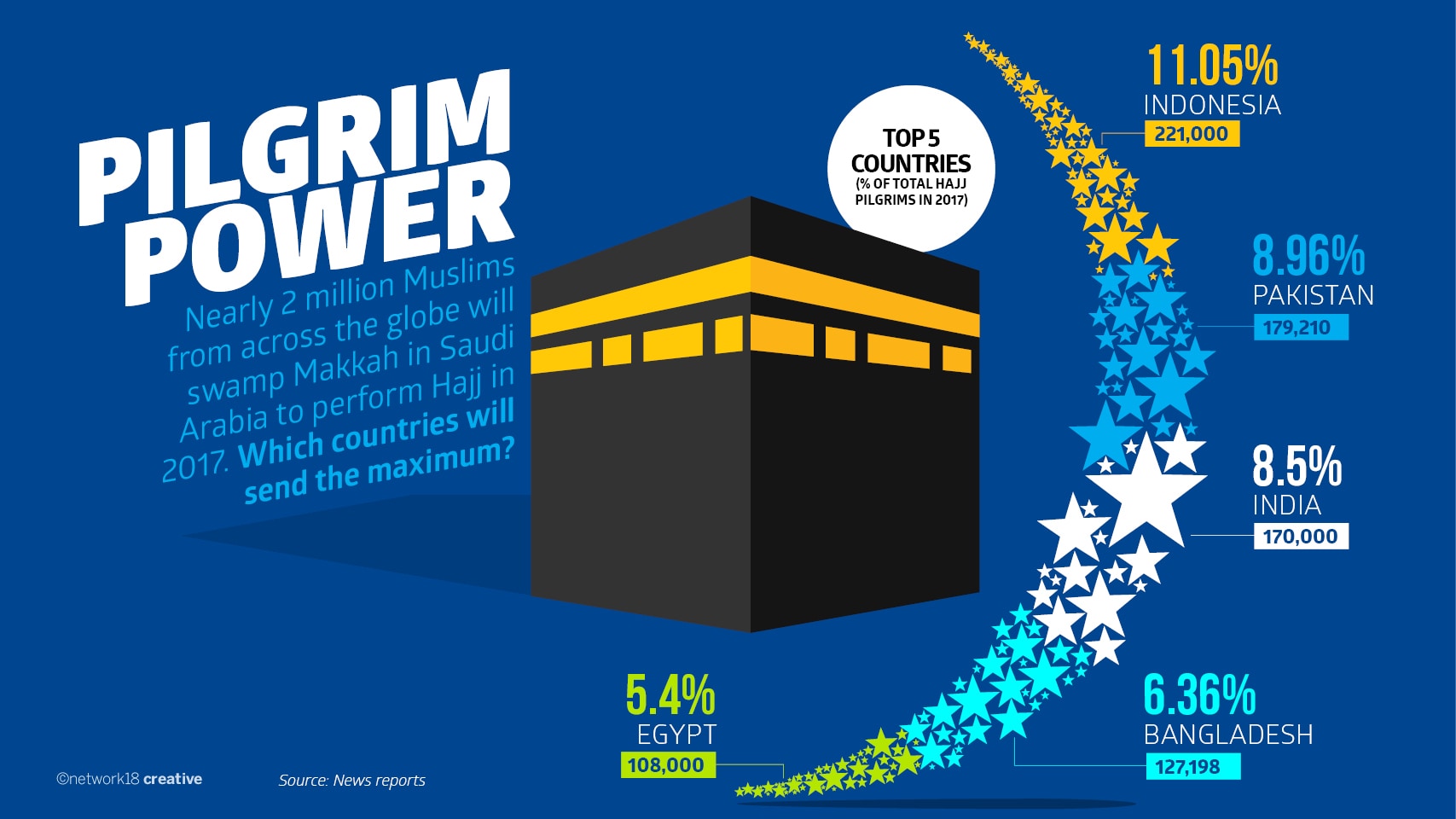 "Everything is prepared," he said. "We have our plans, we have people trained to enforce those plans, but this cannot be done only by infrastructure and by what we do. Pilgrims have their own responsibility, and we hope they comply with the schedule plans and the flow of direction."

Health officials said they are also prepared to deal with any injuries or accidents, and have more than 100 ambulances deployed across the hajj sites.

Bangladeshi pilgrim Mohammad Nasser, 53, said the Grand Mosque housing the Kaaba is congested and busy, but believes overall the Saudi government has managed the crowds well so far.